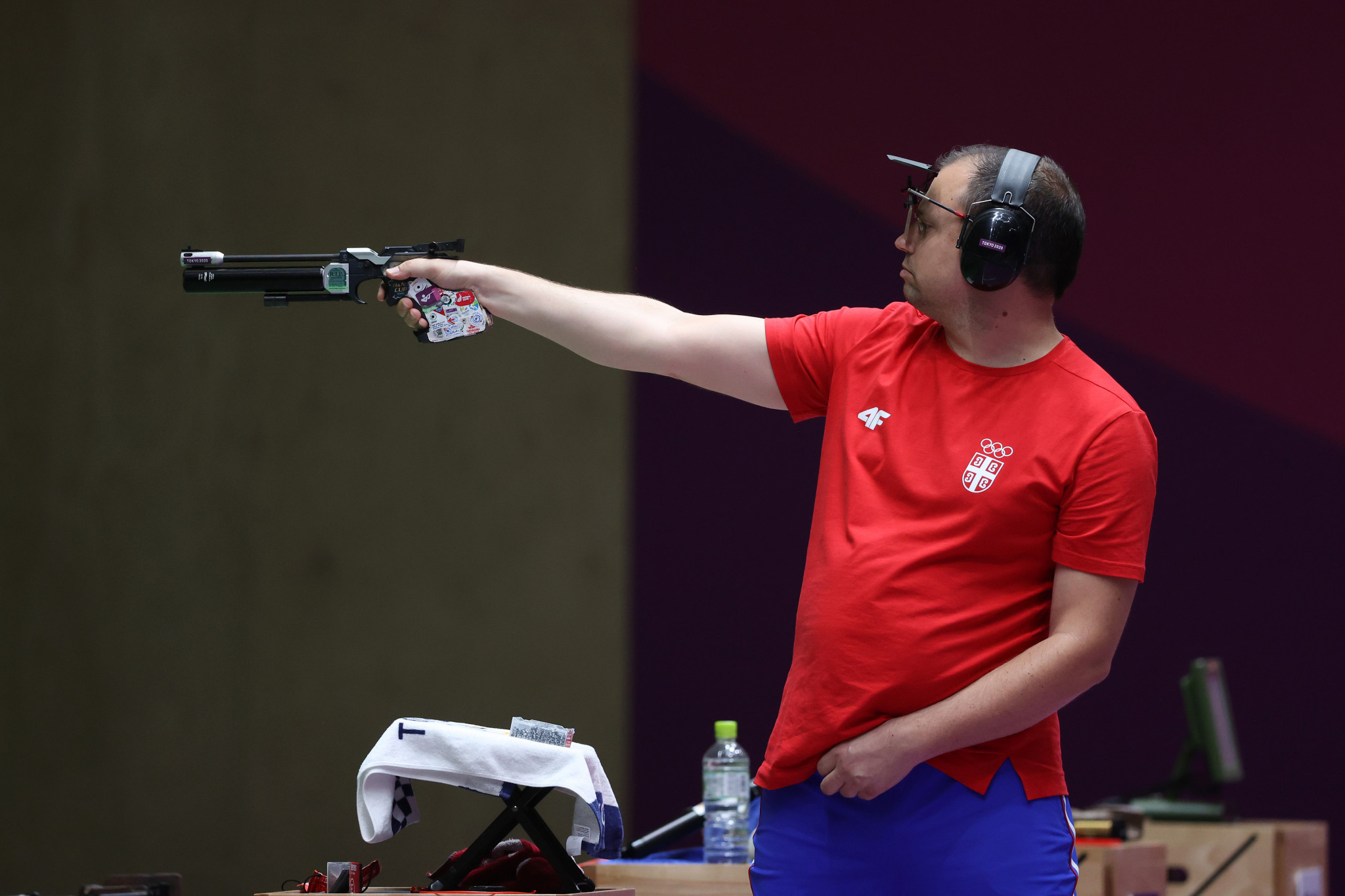 The 2010 world champion Zorana Arunović triumphed in the women's 10m air pistol at the Changwon International Shooting Range, easing to a 16-4 victory over Chinese Taipei's Yu Ai-wen in the final.

Veronika Major of Hungary placed third in the ranking round with 247.9 points, while Yu notched 252.0 and Arunović 251.8 to reach the gold-medal match.

Tesconi's compatriot Paolo Monna was third in the ranking round with 251.5.

Wu Cuicui claimed victory for China in the women's trap, hitting 31 targets from 35 attempts, which was one more than Australia's Penny Smith.

Lucy Hall of Britain took bronze with 19 targets from 25, while Italy's Giulia Grassia placed fourth in the medal match with 11 from 15.

The ISSF World Cup in Changwon is set to continue tomorrow with the mixed team 10m air rifle and air pistol competitions, and the men's and women's team trap finals.