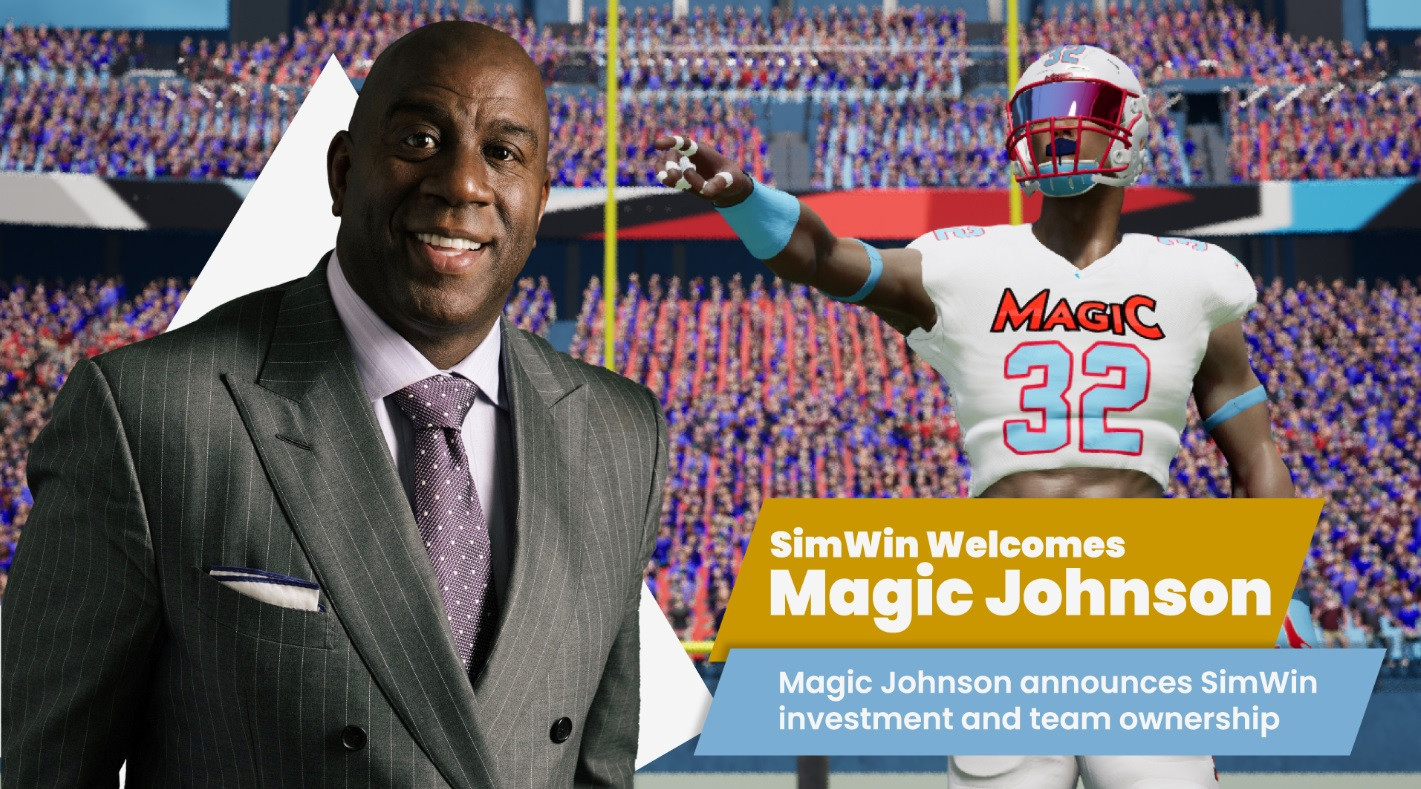 Johnson, who was part of the United States' men’s basketball team that claimed gold at Barcelona 1992, is the latest sports star to invest in the gaming industry.

SimWin Sports is said to be the first professional sports league in the world where teams and athletes compete virtually all year round.

"I’m so excited to be involved with SimWin, which is blazing a trail in one of the hottest new business sectors and has a great team leading the charge," said Johnson.

"This multi-billion-dollar business is about to take off and the SimWin model is an excellent way for sports fans to get involved in this groundbreaking opportunity.

"I look forward to contributing to its growth and success."

Johnson is a five-time NBA champion with Los Angeles Lakers and is a part-owner of the Los Angeles Dodgers.

"From every stage of his career, Magic has inspired as a transcendent superhero for people of all races, but particularly as a Black entrepreneur," said David J Ortiz, founder and chief executive of SimWin Sports.

"His transformation from one of the most impactful careers in the history of sport, to an even more successful business leader has inspired generations of minority entrepreneurs like me.

"We at SimWin strive to follow in his steps as we build this incredibly innovative sports Metaverse.

"From his first game to his last, Magic crafted the modern NBA into must-watch TV.

"With his help, SimWin Sports is creating a sports Metaverse that will deliver showtime to sports fans 24/7/365, so they never miss out on the action."