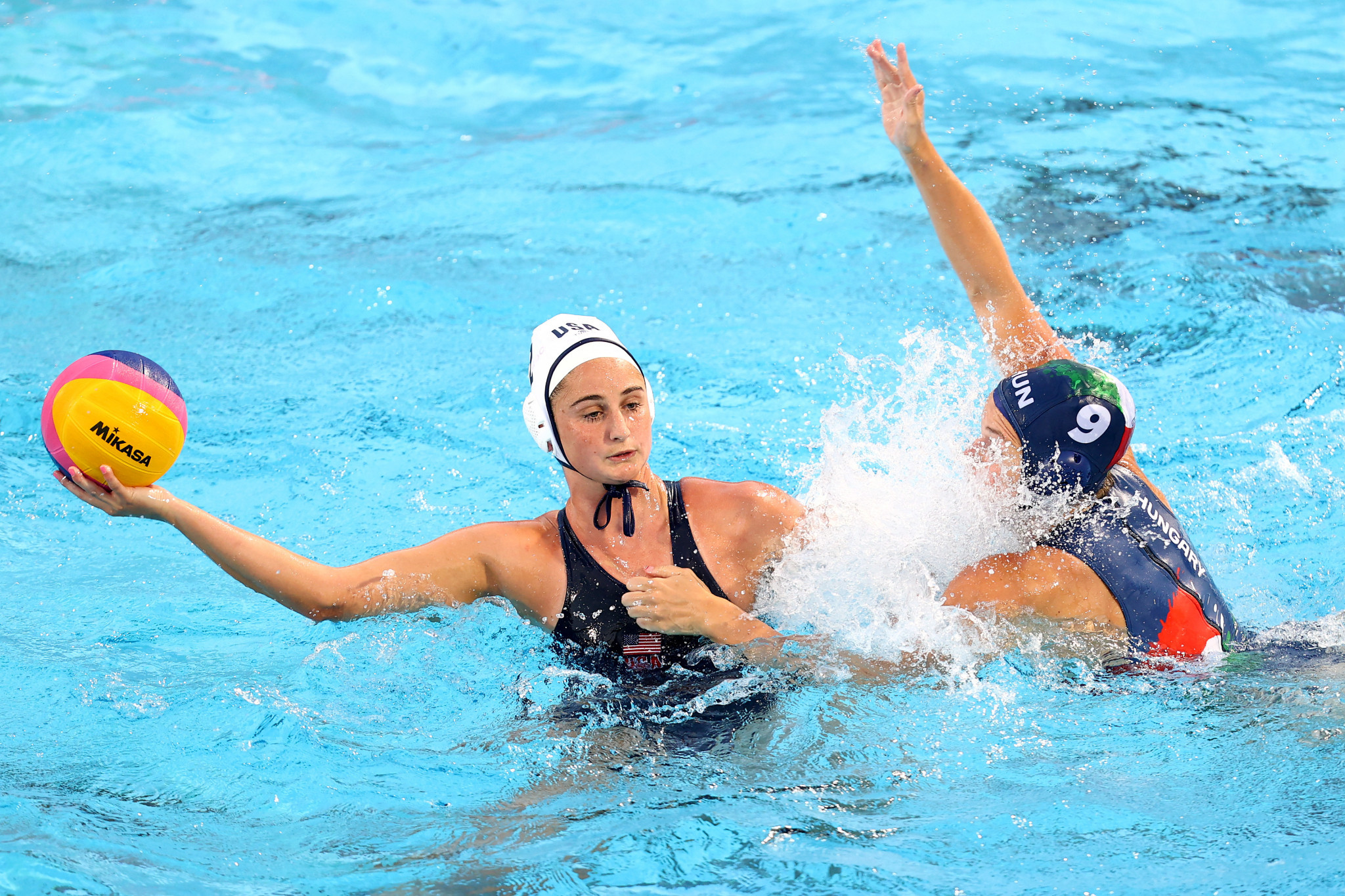 Backed by a passionate home crowd at a packed Alfréd Hajós National Swimming Stadium, Hungary got off to a perfect start in their quest to halt a formidable US side's winning sequence.

Gréta Gurisatti put them into an early lead, but a quick-fire double from Madeline Musselman ensured that the US finished the first quarter 2-1 in front.

She struck again in the second quarter, with Margaret Steffens putting the Americans 4-3 up at half-time.

They took control of the final after half-time, Ryann Neushul scoring three times and Musselman netting with a penalty to make it an 8-4 lead early in the second half.

That appeared to consign Olympic bronze medallists Hungary to silver at their home World Championships, but goals from Zsuzsanna Máté, Dorottya Szilágyi and Rita Keszthelyi had them on the brink of an improbable turnaround with 90 seconds remaining.

Their hopes were dashed by a penalty decision which incensed the home crowd.

Musselman tucked home her fifth of the match to seal a 9-7 victory for the US.

Earlier in the day, The Netherlands clinched only their second women's water polo medal at the World Championships in the 21st century by beating Italy 7-5 in the match for third.

That game featured a superb turnaround from the Dutch, who trailed 4-1 in the second quarter and 4-2 at half-time.

However, The Netherlands had more shots than Italy in the first two quarters, and they found their clinical touch in front of goal after half-time to win 7-5.

Seven different players were on the scoresheet for The Netherlands in the bronze medal match.

Chen was women's 1m springboard champion at the last World Championships in Gwangju, and added 3m success in Budapest to her list of honours.

She dominated the preliminary round and semi-final yesterday, and led throughout all five rounds of the final at the Duna Arena, finishing with 366.90 points.

Japan's Sayaka Mikami was her closest challenger throughout the final, but missed out on the podium in a surprising twist.

China look well placed in the latter event, as Yang Hao and Yang Jian occupied the top two places in the preliminary round and semi-final.

The final day of the FINA World Championships also includes the conclusion of the men's water polo tournament, with defending champions Italy facing Spain in a rematch of the 2019 final, and Olympic silver medallists Greece taking on Croatia for bronze.