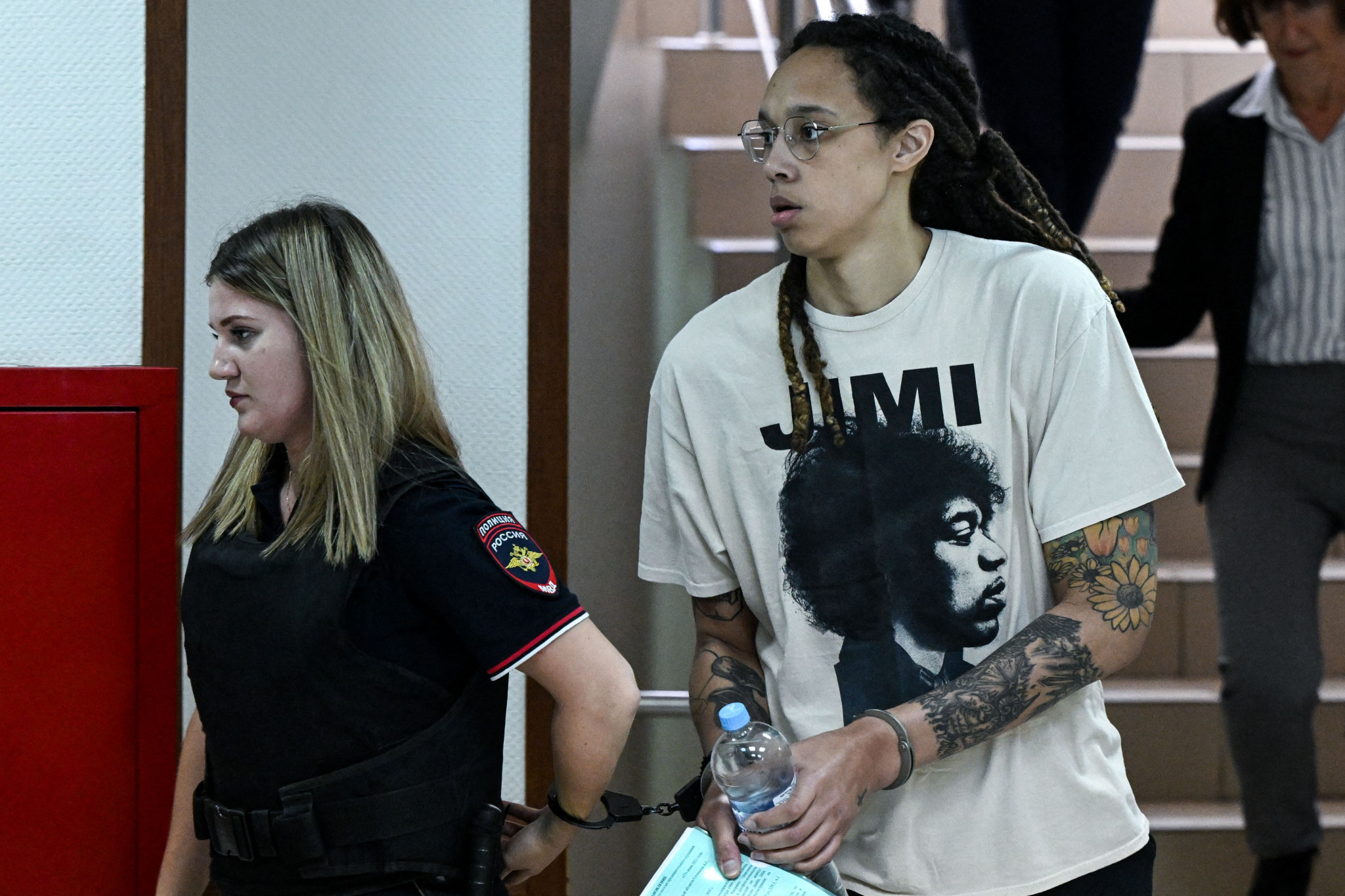 The criminal case against detained basketball star Brittney Griner will continue on Thursday (July 7) after a first hearing took place today on the outskirts of Moscow, with the American accused of drug smuggling.

The United States Government has classified Griner as "wrongfully detained", but the Kremlin has rejected such suggestions and spokesperson Dmitry Peskov said that the arrest "cannot be politically motivated".

Today at Khimki City Court, Griner was formally told she was charged with intentionally importing narcotics into Russia.

Griner said she understood the charges brought against her.

Three employees of the United States Embassy in Moscow were in the courtroom, including deputy chief of mission Elizabeth Rood.

According to Reuters, Griner said she was finding detention difficult as she is unable to speak Russian and could not keep up her fitness due to limited opportunities for exercise.

"She is a bit worried because she has the trial and the sentencing in the close future, but she is a tough lady, I think that she will manage," said lawyer Alexander Boykov after the hearing.

If found guilty, the player could be imprisoned for up to 10 years.

Griner, an eight-time Women's National Basketball Association (WNBA) All-Star, was travelling to play in the Russian Premier League during the WNBA off-season.

The 31-year-old has played for UMMC Ekaterinburg since 2014.

Griner also appeared in court on Monday (June 27), when her detention was extended by six months to December 20.

So far, the basketball player has been in custody for 135 days.