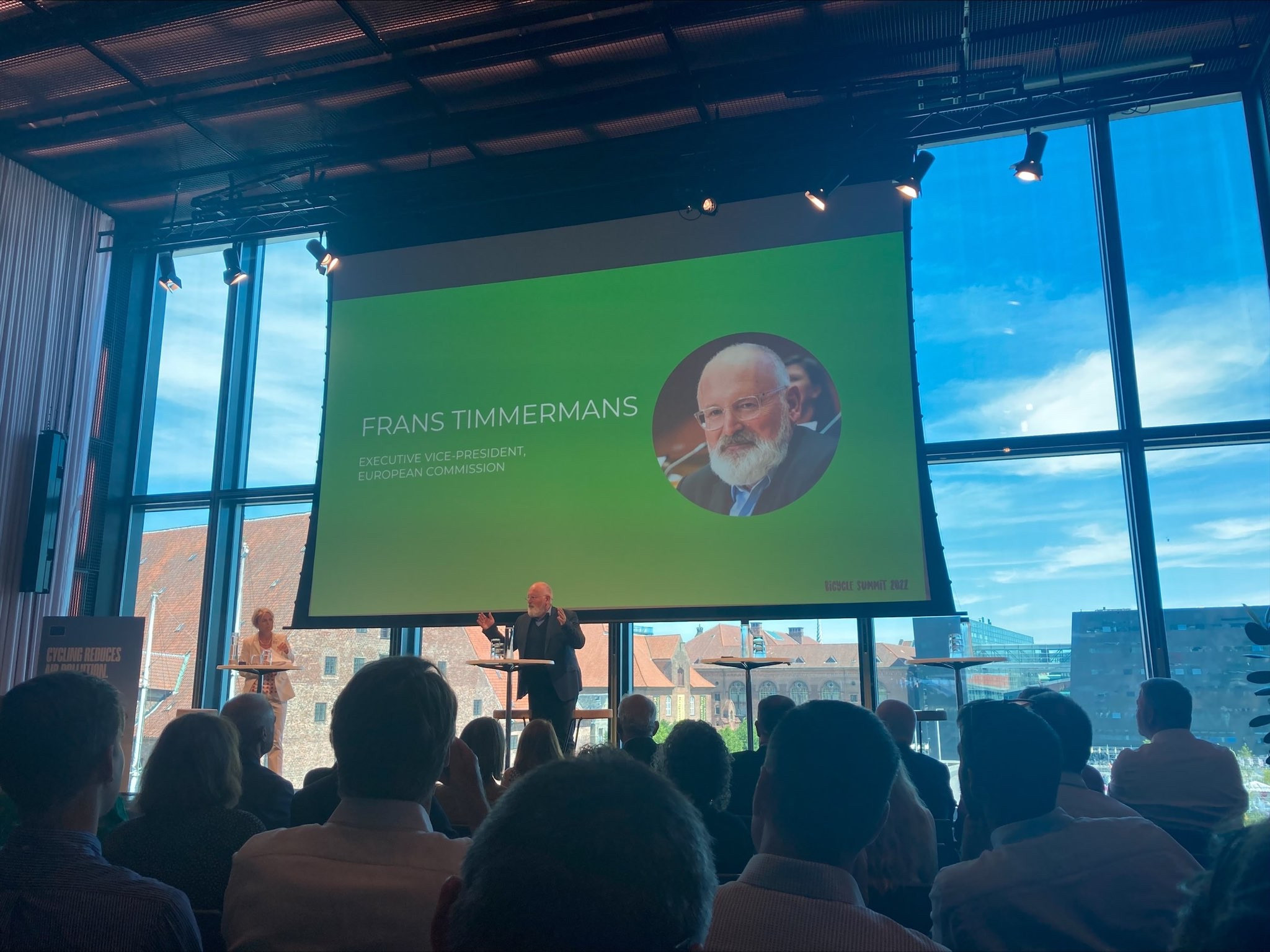 European Commission first vice-president Frans Timmermans pledged to help deliver a "cycling revolution" in Europe when speaking here prior to the start of the Tour de France.

Timmermans was the headline speaker at the Bicycle Summit at the BLOX in Danish capital Copenhagen staged just one day before the Grand Départ.

The high-ranking Dutch official used the meeting to announce that the European Commission would work with the European Parliament towards an "inter-institutional European declaration on more cycling in Europe."

"The scale is so big that we can’t do this as individual states anymore," said Timmermans, who is leading the European Commission’s work on the European Green Deal and its first European Climate Law.

"The real revolution can only come from the bottom up and that is our biggest challenge.

"We are working from the top but it has to happen from bottom up and that’s why I believe the cycling revolution will happen in cities and towns."

Timmermans vowed to "encourage, assist and support cities and towns” to make their cycling ambitions become reality, insisting "you are not on your own."

"You can count on my support if you see you a project that you want to have and there is cycling dimension then I will give you my support to make that happen," said Timmermans.

"But we need to understand this revolution can be made by citizen but only by citizens.

"It can also be broken by citizens if they feel that some of them are left behind.

"I feel so strong about the importance of cycling in the past and much more in the future.

"A green Europe will be a cycling Europe.

"I am convinced of that and with your support we will get there."

Kevin Mayne, chief executive of Cycling Industries Europe, also spoke at the Bicycle Summit where he set the ambitious target of getting 50 million more European citizens riding a bike.

"If we are going to get 50 million people riding bikes we have got to take the leadership of countries like Denmark and cities like Copenhagen right across Europe and look at countries where cycling is really low and where people are frankly terrified to ride bikes," said Mayne.

"Collectively, we have got to create conditions where that is possible."

Mayne claimed that the COVID-19 pandemic proved that there was a big appetite for cycling in Europe after seeing a sharp rise in the number of riders.

"That kind of step change is what is achievable and is ready-baked," said Mayne.

"I am optimistic [for the future] because I see a change in the [European] Commission that with a green deal they have really started to make cycling possible," added Grimaldi.

"I think we need to continue to push.

"We should require funding for infrastructure but from what I have seen in Europe I am positive that we have taken the leadership."

Cycling is part of Denmark's culture with nine out of 10 Danes said to own a bike.

But the City of Copenhagen confirmed that the number of Danes cycling has been declining in recent years.

Following the Bicycle Summit, the City of Copenhagen and 31 other partners signed a declaration on increased cooperation to promote cycling in Denmark.

It is hoped that the agreement will "reverse the trend and increase the number of cycles and kilometres by 20 per cent by 2030."

The declaration also includes a number of "concrete recommendations" that are expected to be included in a possible new national cycling strategy.

The Bicycle Summit opened with speeches from Lord Mayor of Copenhagen Sophie Hæstorp Andersen and Tour de France director Christian Prudhomme as Denmark prepares to stage the first three stages of the cycling spectacle from tomorrow to Sunday (July 3).

There were also presentations from Argentine capital Buenos Aires and the European Cyclists’ Federation.