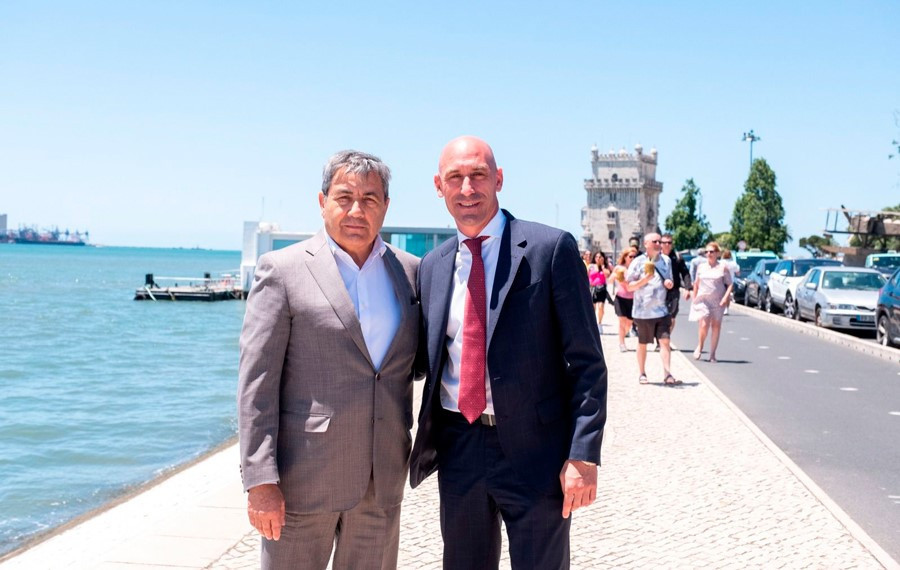 Respective Governments of both countries were present during the meeting, with the Higher Sports Council of Spain represented by Juan Fernández Carnicer.

RFEF secretary general Andreu Camps, RFEF director of international relations Jorge Mowinckel and director of the Cabinet of the Presidency Chema Timón were also there.

"The work teams of both federations today share different materials to further enhance the construction after many months of work on an exciting and winning proposal," said the RFEF in a statement.

Spain and Portugal first announced their bid to host the World Cup in October 2020 and received official support from UEFA.

It could become the second time that Spain hold the World Cup after 1982.

Both nations have held the European Football Championship - Spain in 1964 and Portugal in 2004.

Argentina, Uruguay, Chile and Paraguay have also bid for the 2030 World Cup to celebrate the 100th anniversary of the inaugural edition that saw hosts Uruguay defeat Argentina in the final.

Morocco, Egypt and Saudi Arabia are also rumoured to be interested in bidding.

Qatar is to hold the 2022 World Cup later this year, while Canada, Mexico and the United States are to host the 2026 tournament.