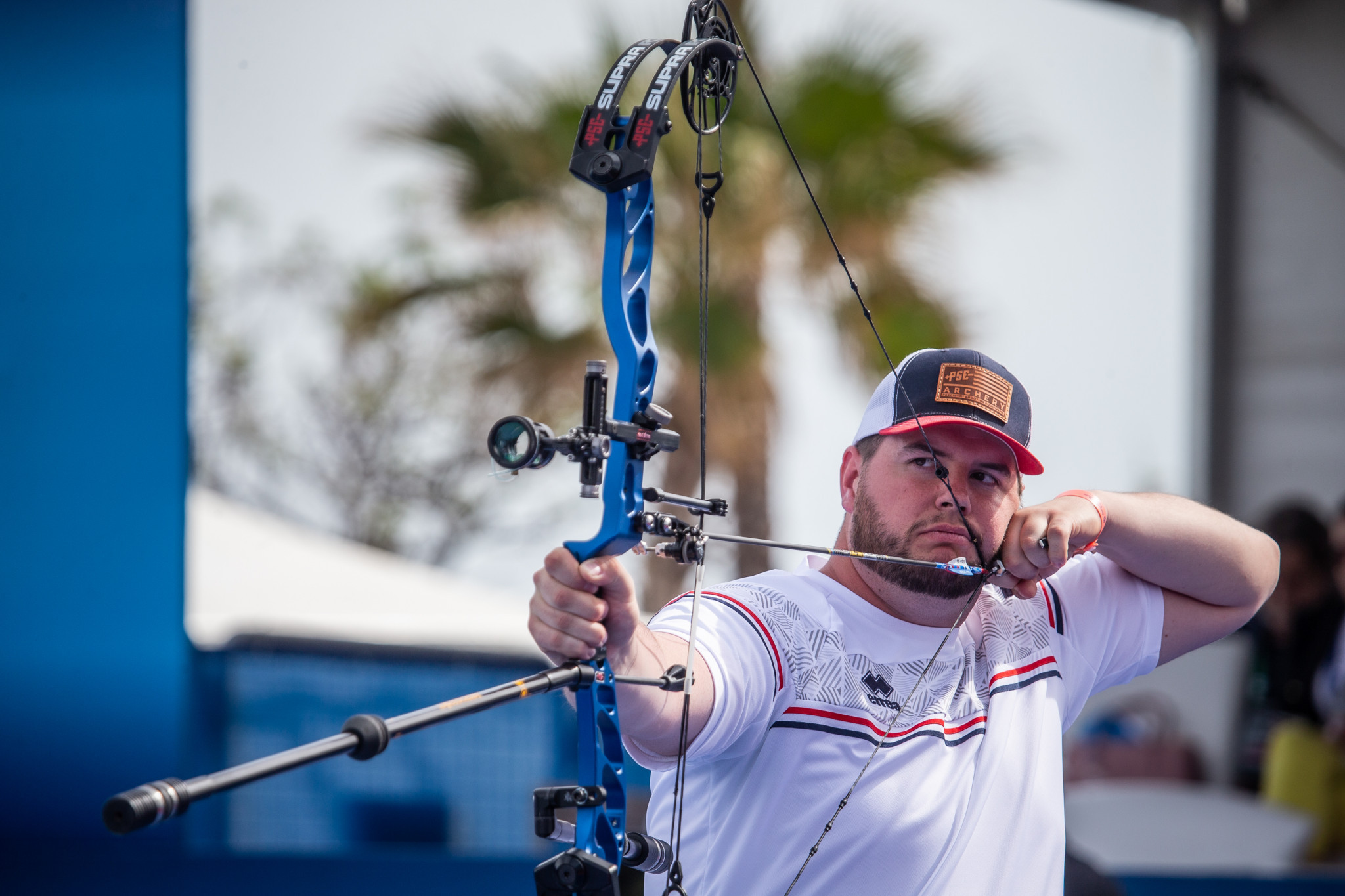 The French compound men’s team of Jean Philippe Boulch, Quentin Baraer and Nicolas Girard is set to face European champions Turkey for the gold medal at the Hyundai Archery World Cup in Paris.

"It’s a new team for this event,” said Baraer.

"It felt awesome just to make the final with this group and, in France, of course it’s what we came for.

"We were just looking for that match.

"All the team, whole men’s compound, are just super good now in France.

"We really know now that we can shoot for gold every time.

"Now, yes, we now want to go to the arena and just prove it."

The US then recovered to get the better of Denmark in a tiebreak to win bronze.

Recurve archers from South Korea swept the qualification round with five of the top six among men and women from the country.

The men's recurve saw South Korea's Kim Woojin finish as the first seed first with a score of 694 while compatriot Kim Je Deok seeded second with 689.

In the women's recurve, Lee Gahyun of South Korea seeded first with 675 followed by compatriots Kang Chae Young and An San with 674 and 674, respectively.