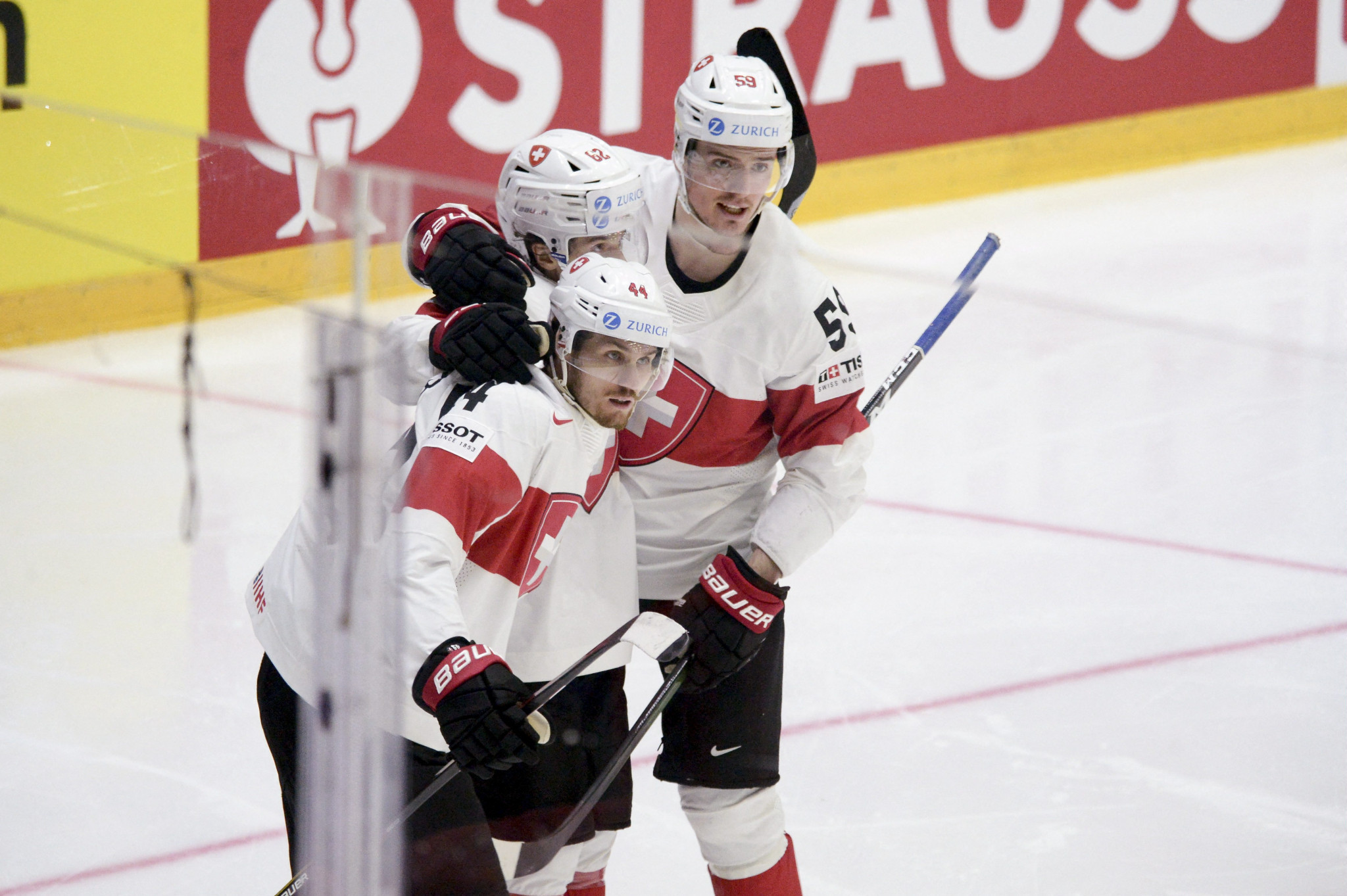 Switzerland have swept aside Canada in a Group A clash at the International Ice Hockey Federation (IIHF) World Championship in Tampere.

The Swiss recorded a 6-3 victory over their opponents, but it was far from straight forward for the Group A leaders.

Canada took the lead on three occasions during the first period thanks to goals from Kent Johnson, Adam Lowry and Drake Batherson.

However, on each occasion Switzerland responded by equalising with goals coming from Fora Michael, Dean Kukan and Jonas Siegenthaler.

Nico Hischier handed the Swiss their first advantage of the match in the second period before Pius Suter and Timo Meier closed out the victory in the third.

Meanwhile in the same group, Denmark beat France 3-0 due to efforts from Peter Regin, Joachim Blichfeld and Julian Jakobsen.

The third match of the group saw Slovakia beat Italy 3-1.

Michal Krištof and Adam Sýkora got the scoring underway for Slovakia and Alex Tamáši wrapped up the win.

The results mean Switzerland have opened a three-point gap at the top after winning all five matches.

Canada are second, on joint points with Germany while Denmark and Slovakia are level on nine points each in fourth and fifth.

France are sixth and Italy are seventh.

In Group B, the fixture between the United States and Sweden went down to the wire.

Rasmus Dahlin of Sweden and Adam Gaudette of the US exchanged goals in the first period before Nate Schmidt gave the Americans the lead in the second.

With the match tied at 2-2, the game entered overtime.

This is how it feels to score your first #IIHFWorlds goal ever. 🚨

It seemed a shoot-out was inevitable, but Gaudette scored for the US seconds from the end to ensure they secured the victory.

Czech Republic have edged towards the quarter-finals after securing a 4-1 win over Norway.

A double from David Pastrňák and efforts from Jakub Vrána and Roman Červenka was the difference.

Ludvig Hoff was on the scoresheet for Norway.

Finland are top of Group A, four points in front of Sweden and six better than the Czechs and the US.

Norway, in sixth, face a challenge in qualifying having taken five points while Austria are seventh on four points.