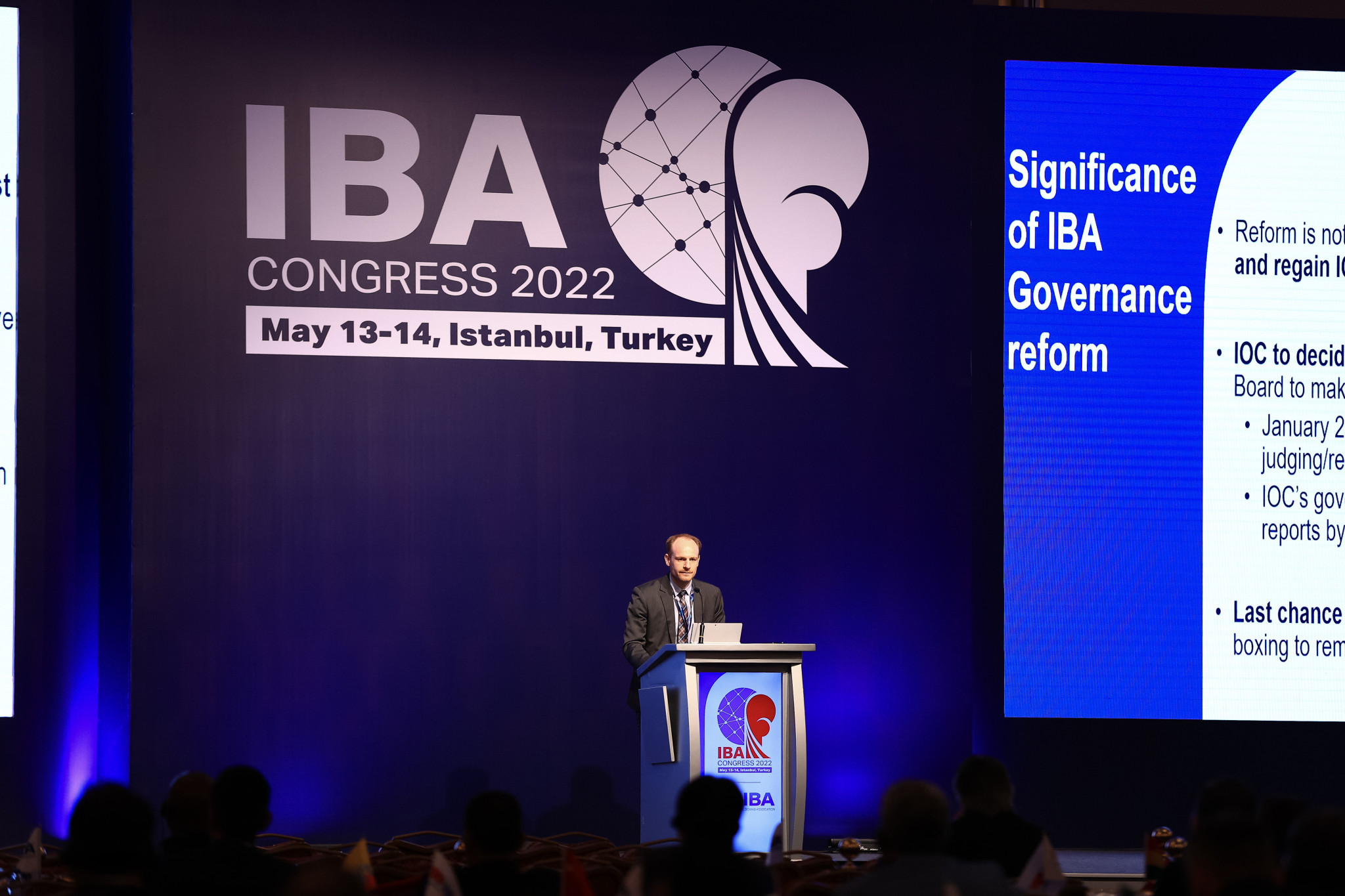 The Governance Reform Group (GRG), an independent body assisting the International Boxing Association (IBA) with improving its standards, has admitted the Russian invasion of Ukraine led to financial restructuring experts turning down roles at the organisation.

Heiner Kahlert, part of the GRG, was welcomed to the stage by IBA secretary general István Kovács for a presentation about IBA's achievements and areas still to be improved regarding reforms.

While acknowledging areas that IBA had improved - including a reduction of the Board - it added that there was still improvements to be made that could not be implemented before the election.

One of these was a financial restructure, which would help towards reinstatement by the International Olympic Committee (IOC).

The IOC suspended the IBA - then known as AIBA - for "severe concerns" with its governance, finances and refereeing and judging in 2019.

A roadmap has been established by President Umar Kremlev towards reinstatement, with a deadline of May 2023.

However, one of the steps towards this is financial reform, which the GRG and IBA are looking to do through a financial restructuring expert.

Kahlert admitted in his speech that these candidates opted out after Russia's invasion of Ukraine.

Kremlev is Russian and the main sponsor of IBA is Russian state-owned energy company Gazprom.

"We were told there was initial interest from a number of experts that the IOC and the IBA approached, however those candidates in light of the Russian invasion of Ukraine, withdrew their interest and said they were not available for the position," said Kahlert.

"Unfortunately as of today, there is no external restructuring expert that would help the IBA restructure its finances."

Potential sponsors also said they would only take proceedings further after the conclusion of the Presidential election, although there is no indication whether this is in favour of either Kremlev or the currently-ineligible Dutch Boxing Federation President Boris van der Vorst.

Their unofficial working group called the Common Cause Alliance - which claimed it would like to work with IBA towards governance reform with an aim at being reinstated at the Olympic Games - has been accused by two National Federations of acting under another boxing organisation.

Complaints were made by Serbia and Venezuela on April 11 and 13 regarding an introductory letter sent by the 20-strong group on March 29 about their willingness to work with the Board.

The election was postponed today, but could be held tomorrow on the second day of the Extraordinary Congress.