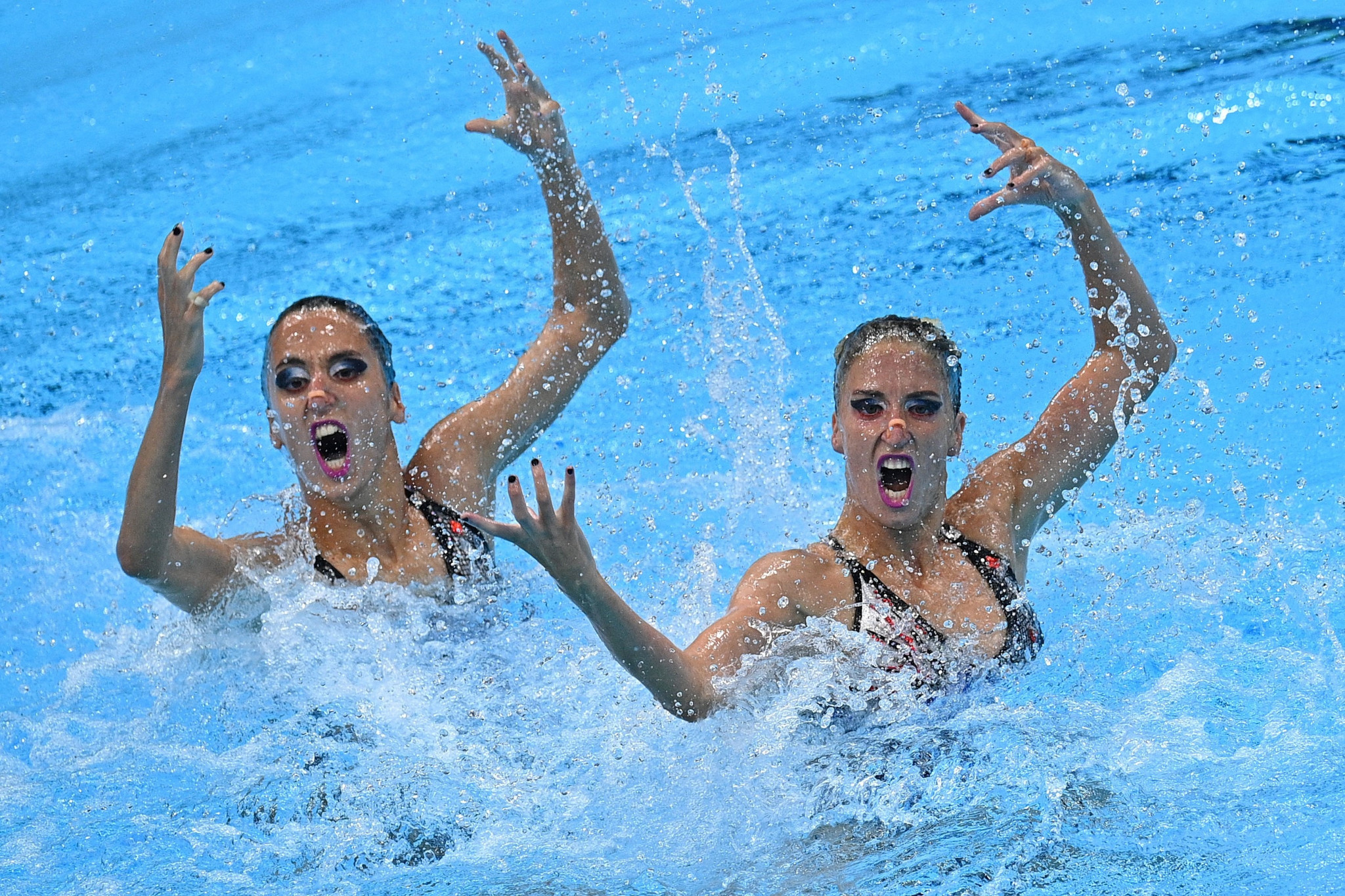 The Alexandri triplets struck gold on the first day of competition at the Australia-run online leg of the International Swimming Federation Artistic Swimming World Series.

The Austrian trio added two titles to the family’s medal haul with women’s technical solo success for Vasiliki and technical duet gold for Anna-Maria and Eirini.

Vasiliki claimed the technical solo crown with 84.177 points after choreographing her own routine, called "Live Life for the Moment".

There was more joy for the Alexandri sisters when Anna-Maria and Eirini notched 87.8449 to win technical duet gold.

Shelly Bobritsky and Ariel Nassee of Israel finished second with 82.6422, followed by Japan’s Airi Kawaguchi and Uta Kobayashi who notched 81.7360 to claim bronze.

Spain’s Fernando Diaz del Rio Soto captured the men’s technical solo gold with a score of 74.2865 after performing to the song Dream On by Aerosmith.

Kazakhstan’s Eduard Kim marked his debut in the discipline with a second-place finish after being awarded 69.8678.

Spain’s Emma Garcia and Pau Ribes totalled 82.8584 for silver, while Kazakhstan’s Kim and Zhaklin Yakimova edged out American pair Ivy Davis and Kenneth Gaudet to secure the last place on the podium with 78.6820.

The technical team event was won by the United States, whose brand-new choreography inspired by Michael Jackson scored 84.8199.

Canada’s hip-hop and rap routine followed in second place with 83.5067 as Israel completed the podium with 81.5018.

The US also came out on top in the highlight routine free event, winning their second gold of the day with a score of 87.8000.

The silver medal went to Canada who received 85.4000, while Kazakhstan collected bronze with 80.4000.

Artistic Swimming Australia is organising the online event which features 127 athletes from 22 countries.

Competition is due to conclude tomorrow.