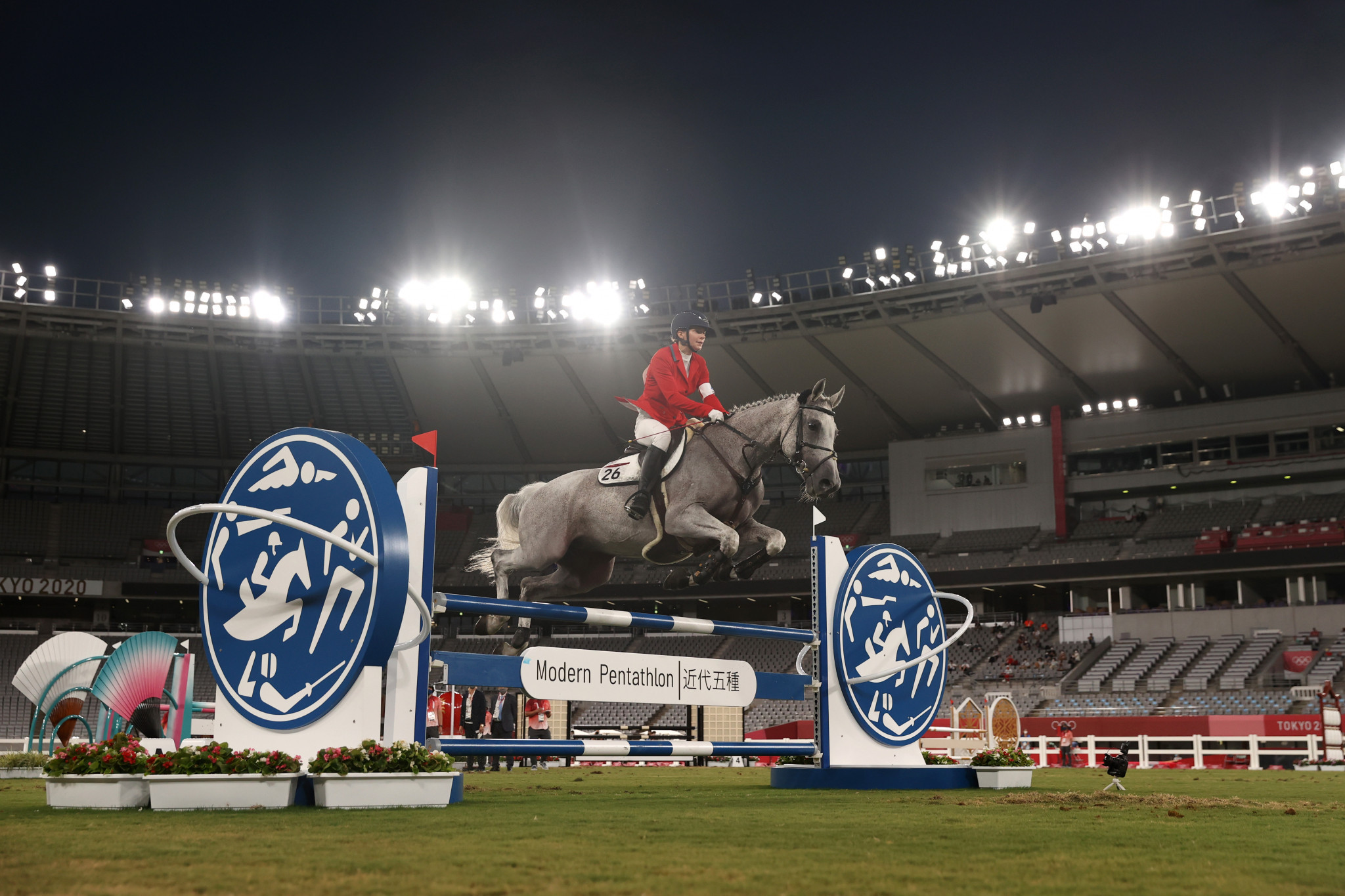 The letter, also sent to the IOC's sports director Kit McConnell, the chair of its Athletes' Commission Emma Terho and the director in charge of the Executive Board Christophe De Kepper, outlines a series of concerns with the governing body, which has been led by Klaus Schormann since 1993.

They have requested "that the IOC conducts a comprehensive, independent investigation into the standards of governance and probity of the UIPM and the 5th Discipline consultation process as a matter of urgency", and a meeting with Bach or other senior IOC representatives.

Chief among the issues raised is the "heavy-handed and unconstitutional manner in which the UIPM acted to remove the equestrian discipline", which Pentathlon United says exacerbated governance failings and has led to "a complete loss of faith in the UIPM's leadership".

The pressure group was formed last year when it emerged that riding would be dropped from the sport after Paris 2024, following German coach Kim Raisner being sent home in disgrace for punching a horse during the women's competition at Tokyo 2020.

Critics have accused the UIPM of a lack of transparency and failing "to acknowledge the athletes' voices" in seeking a replacement discipline.

"It is clear that the UIPM does not engage, represent or listen to its athletes, as so breaches the Olympic Charter, which recognises the athletes as 'a fundamental element of the Olympic Movement'," the letter alleges.

"In taking these steps, the UIPM has catalysed broader, longstanding concerns from the athletes about the management, governance and probity of the UIPM."

The letter cites a Pentathlon United survey from last month of 310 athletes, of whom 168 are currently competing internationally.

The poll also suggested that more than 77 per cent of respondents are "unlikely" to stay in modern pentathlon if the equestrian element is dropped.

Moreover, Pentathlon United claimed that a survey by the UIPM Athletes' Commission in November last year had shown three-quarters of athletes were in favour of retaining riding.

It has been reported that obstacle racing is likely to be confirmed as riding's replacement at today's UIPM Executive Board meeting in Budapest, with test events scheduled to follow later this year.

Pentathlon United argued that process was "designed only to legitimise a pre-determined outcome", and that "the athlete body has been excluded from any meaningful participation".

It pointed to a lack of consultation on the UIPM's criteria for a new fifth discipline in November 2021, a lack of explanation on why it should not fall under the auspices of another Olympic sport's International Federation, and non-disclosure agreements signed by athletes involved in the process.

"It would be a gross misrepresentation to assert (as the UIPM has done in numerous public statements and releases) that there has been any meaningful engagement with the athlete body on the proposed new 5th discipline, despite the clear expectation from the IOC in this regard," the letter read.

"In fact, athletes have been excluded from the dialogue and their clear preference for the retention and reform of the equestrian discipline has been ignored."

The UIPM has claimed that the Fifth Discipline Working Group is "fully representative", and that the new discipline is aimed at reducing the sport's cost and complexities and making it "more accessible to the global community".

Modern pentathlon has been left off the initial programme for Los Angeles 2028, and Bach has warned that the proposal for riding's replacement and the overall competition format must be finalised before it can be considered for inclusion.

There is what the IOC has termed a "pathway" for modern pentathlon to be included at Los Angeles 2028, however.

A new 90-minute model has been used at UIPM World Cups this season and is set to feature at Paris 2024, although it has drawn a mixed reaction, notably over the exclusion of riding until the finals.

The World Cup in Budapest this weekend featured a protest from Japanese athlete Taishu Sato, who was shown a yellow card after displaying a t-shirt with the message "Keep Riding & Change the Rules".