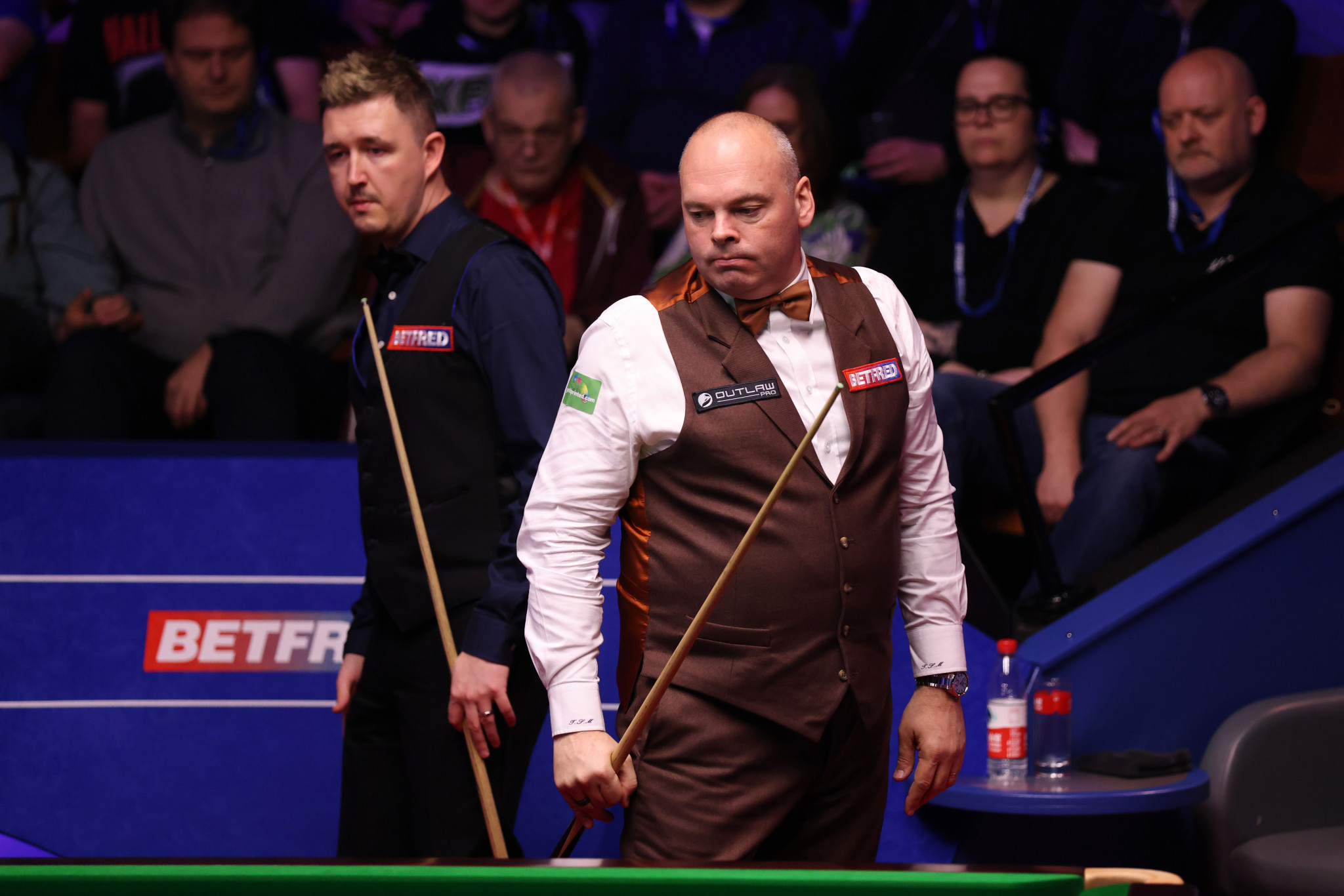 Stuart Bingham and Kyren Wilson are deadlocked at 8-8 after two sessions of their all-English encounter as round two of the World Snooker Championship continued today in Sheffield, England.

Bingham led 8-5 during the second session, which included a break of 104, before Wilson fought his way back into the match.

The last frame of the evening provided excitement for the crowd at the Crucible Theatre with Wilson on course for a maximum break before a miss on the 13th red on a score of 96.

Pre-tournament favourite Neil Robertson of Australia finds himself trailing 9-7 to England’s Jack Lisowski after the second session of their encounter.

Resuming at 4-4 today, Lisowski started with breaks of 119 and 122, and kept his advantage all the way through the session.

A high-quality session saw the English player make a top break of 137 and earn a two-frame advantage heading into the final session of their contest tomorrow.

England’s Judd Trump, the 2019 world champion, holds a healthy lead over Scotland’s Anthony McGill, a semi-finalist in 2020, after two sessions of their match.

The pair resumed at 4-4 with Trump impressing as he opened up a lead of 8-5 and closed the session with a 10-6 lead.

Higgins, a four-time world champion, opened a 3-0 lead in the opening session before Saengkham got on the board in frame four, winning it on the final black.

Saengkham fought back from 4-1 down after the interval to level at 4-4, which included winning a final frame of the morning lasting 44 minutes.

In the evening, Higgins took control of the contest, winning seven straight frames, including breaks of 125 and 100.

Saengkham celebrated ironically after winning the last and stopping his opponent’s run of frames, but will have a big task on his hands if he is to reach the last eight.

Second round matches are due to conclude tomorrow.