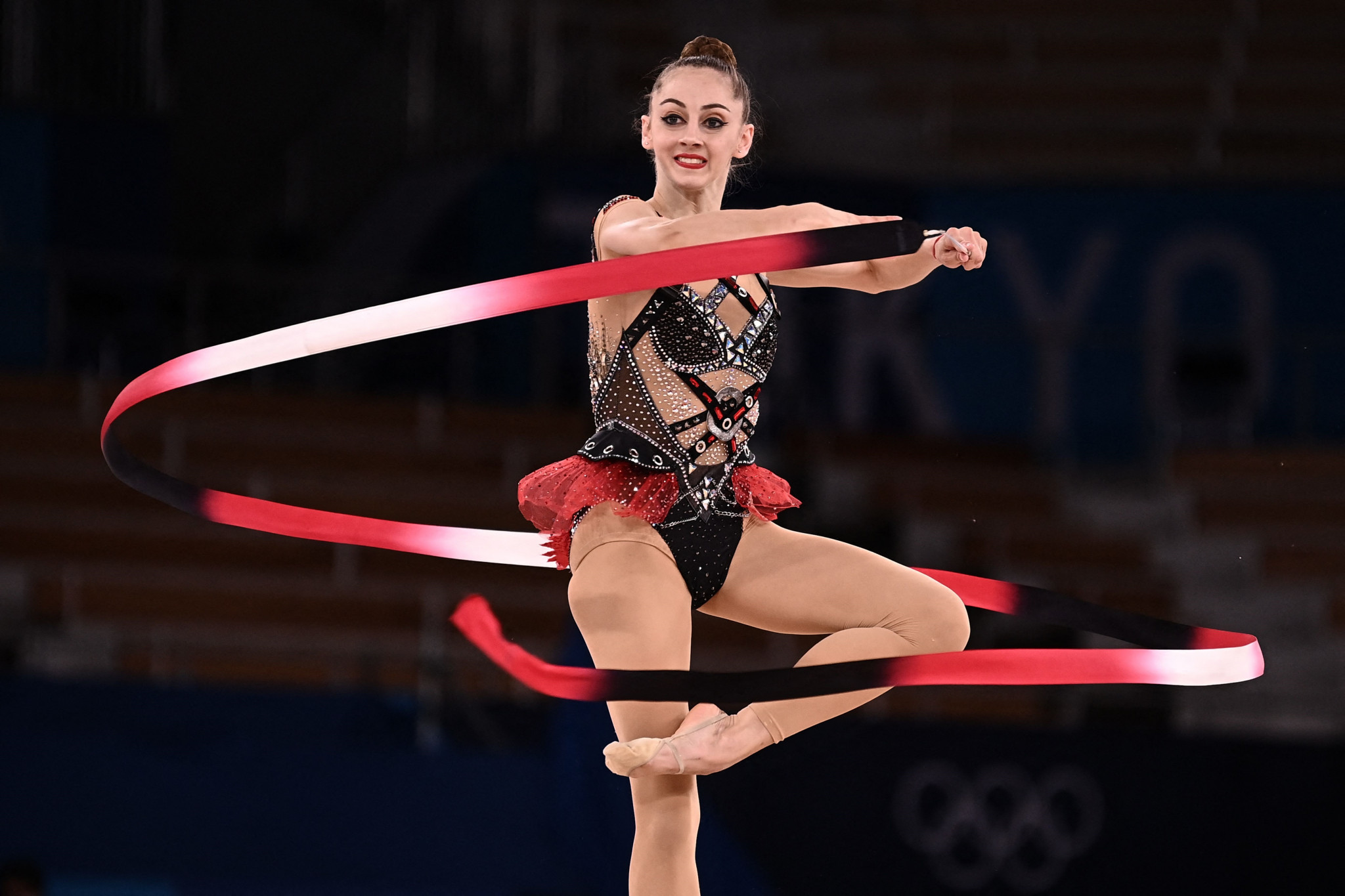 After finishing second behind Italy's Sofia Raffaeli in yesterday’s all-around, Kaleyn captured the ball and ribbon crowns at the National Gymnastics Arena today.

Kaleyn sealed ball gold when she notched 33.050 points to see off Italian challengers Milena Baldassarri and Raffaeli who scored 30.800 and 30.650 respectively to take the other two podium spots.

The 21-year-old world silver medallist secured her second title of the day when she totalled 29.750 in ribbon.

Daria Atamanov of Israel claimed silver with 29.200, while Ekaterina Vedeneeva of Slovenia registered 29.000 for bronze.

Kaleyn was denied a golden hat-trick when Raffaeli got the better of her rival in the hoop.

Raffaeli proved too strong for Kaleyn as she clinched the title with 34.900.

The Bulgarian collected 31.450 for silver as Israel’s Adi Asya Katz completed the podium with 30.350.

Clubs gold went to Atamanov who scored 30.950 to edge out Latvian Jelizaveta Polstjanaja who had to settle for silver with 30.700.

Raffaeli achieved another podium spot after notching 29.800 to seal bronze.

In the group events, Italy and Azerbaijan grabbed gold medals.

A score of 30.400 saw Italy come out on top in the three ribbons and two balls group event as Japan and Kazakhstan earned 28.250 and 26.650 respectively for podium spots.

Israel was 800 points further back in bronze.