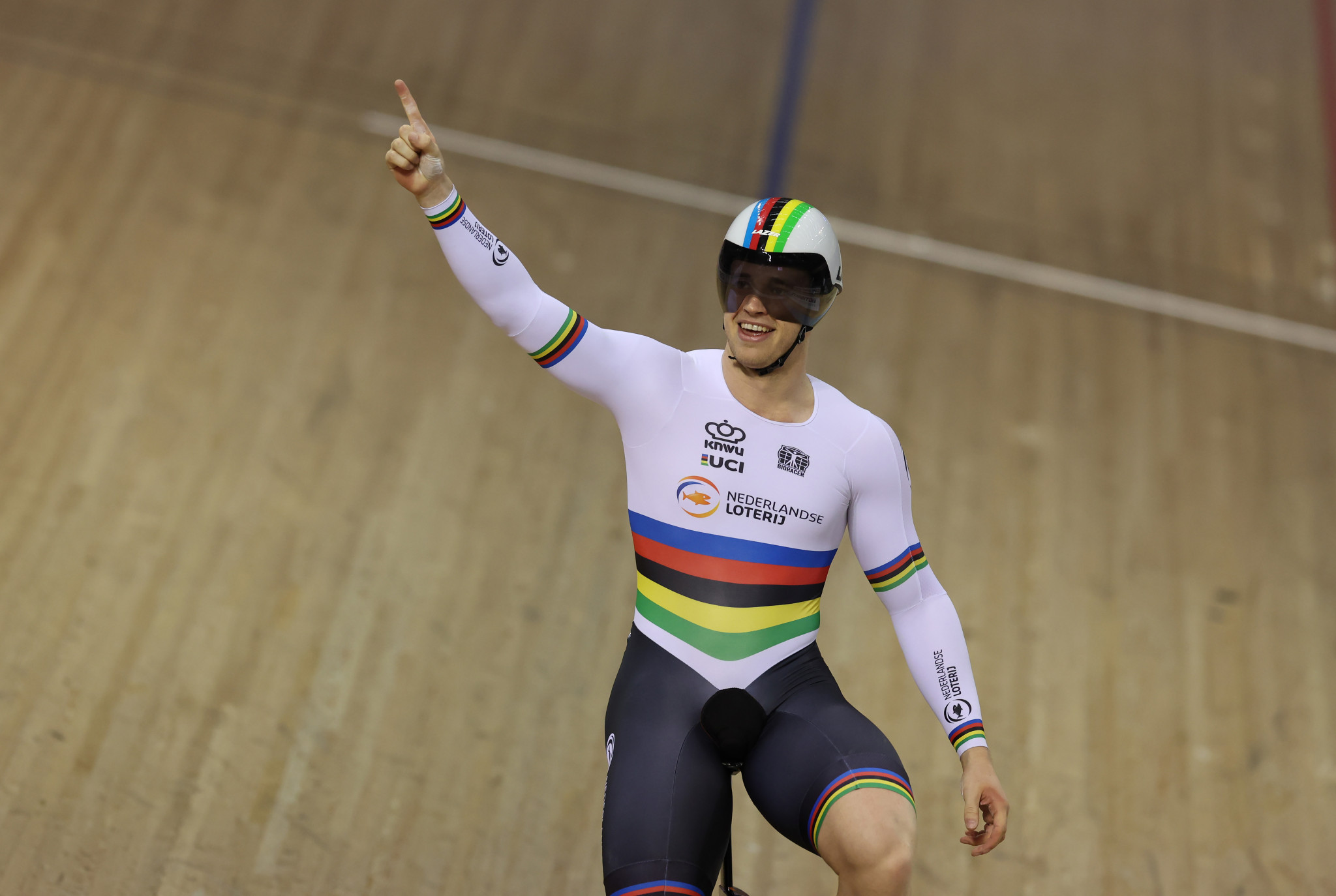 Lavreysen topped qualifying with a time of 9.433sec and won three races on his way to the final, first defeating Malaysia's Muhammad Sahrom in the round of 16.

Nick Wammes of Canada was the next to fall in the quarter-finals, before the Dutch rider defeated Frenchman Sébastien Vigier in the semi-finals.

Richardson had to come through four rounds before the final after qualifying sixth - knocking out Czech Republic's Robin Wagner, Hungary's Sandor Szalontay, Britain's Jack Carlin and finally, Trinidad and Tobago's Nicholas Paul, who failed to start the semi-finals.

Lavreysen won in two races against Richardson in the final to take gold in front of him.

With Paul unable to race for bronze, Vigier took the final spot on the podium.

France's Marrion Borras and Valentine Fortin were victorious in the women's madison, finishing top of the standings with 33 points.

Vittoria Guazzini and Elisa Balsamo of Italy were the runners-up on 23 points, while Denmark's Julie Leth and Amalie Dideriksen took bronze with 18 points.

The Polish pair of Wiktoria and Daria Pikulik and Belgium's Shari Bossuyt and Lotte Kopecky were fourth and fifth respectively.

Mathilde Gros gave France another gold medal thanks to her efforts in the women's keirin, crossing the line in 11.309sec.

Behind her for the silver medal was Martha Bayona Pineda from Colombia, followed by Lauriane Genest of Canada, who claimed bronze.

Steffie van der Peet from The Netherlands was fourth, while Ukraine's Olena Starikova and Kelsey Mitchell from Canada completed the top six.

Concluding the first leg of this season's Track Nations Cup was the men's omnium, won by Oliver Wood from Britain.

Second place in the points race confirmed Wood took the gold with a total of 145 points, having earlier won the scratch race.

He finished third in the tempo race as well as sixth in the elimination discipline.

Spain's Sebastian Mora Vedri was second in both the scratch and tempo races, as well as third in the points race, to take silver on 134.

Fabio van der Bossche of Belgium was third with 110 points, his best result being second in the elimination.

A win in the tempo race helped American rider Gavin Hoover to fourth on 105, one in front of Britain's William Perrett.

France's Benjamin Thomas - winner of the points race - was eighth overall, while Italian Elia Viviani was 12th, despite winning the elimination race.