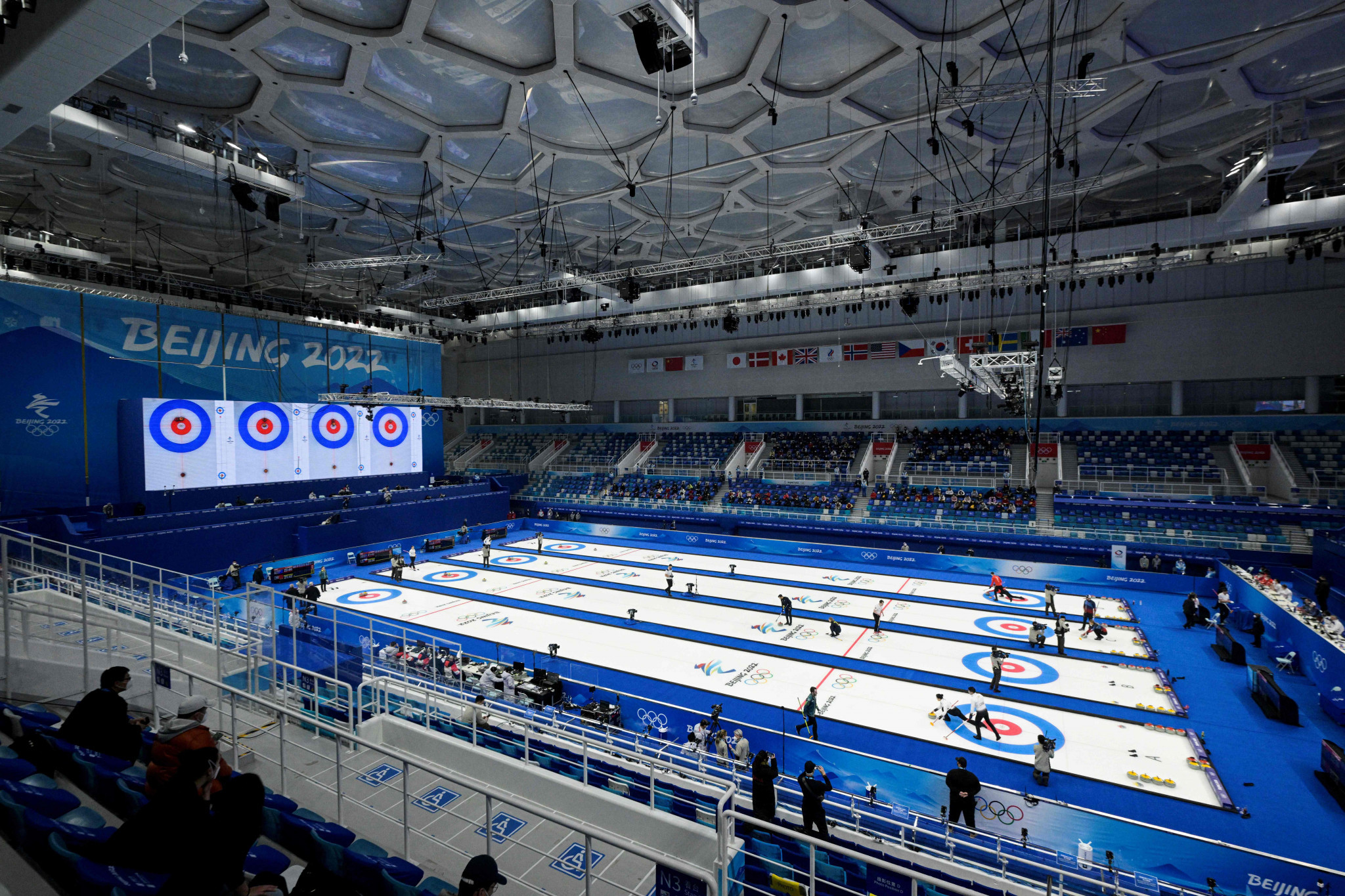 The Beijing 2022 Ice Cube has opened to the public with approximately 2,000 Beijingers visiting the Winter Olympic and Paralympic curling venue for a tour and chance to play the sport.

The venue, officially known as the National Aquatics Centre, had not been changed since hosting the Games with the competition area, media stands, locker rooms and podium all remaining to deliver an authentic atmosphere for attendees.

People lined up for the pristine curling sheets and were helped by coaches to launch stones down the ice before being taken around the other facilities in the stadium.

The venue was originally built to stage aquatics events at the Beijing 2008 Olympic and Paralympic Games but was converted in 2019 for the Winter Games.

In June, it is set to go under another conversion as Beijing prepares to host international swimming and diving tournaments.

"Economically speaking, there is not much pressure.

"The main consideration is the cost of time."

In the future, the water-ice conversion is expected to take place once a year while another training venue will be reserved for the public to play curling on a long-term basis.

"We hope to attract more curling enthusiasts to come to the Centre for training and continued improvement of the sport," Yang said.

"In creating the 2022 Winter Olympic legacy experience, we can't do any damage to the 2008 legacy.

"The core of everything is sustainability."

Opening the venue to the public represents Beijing 2022's further commitment to ensure the legacy of the Games.

In February, the Chinese Curling Association made an agreement with World Curling to see the establishment of a World Curling Academy Training Centre within the National Aquatics Centre.