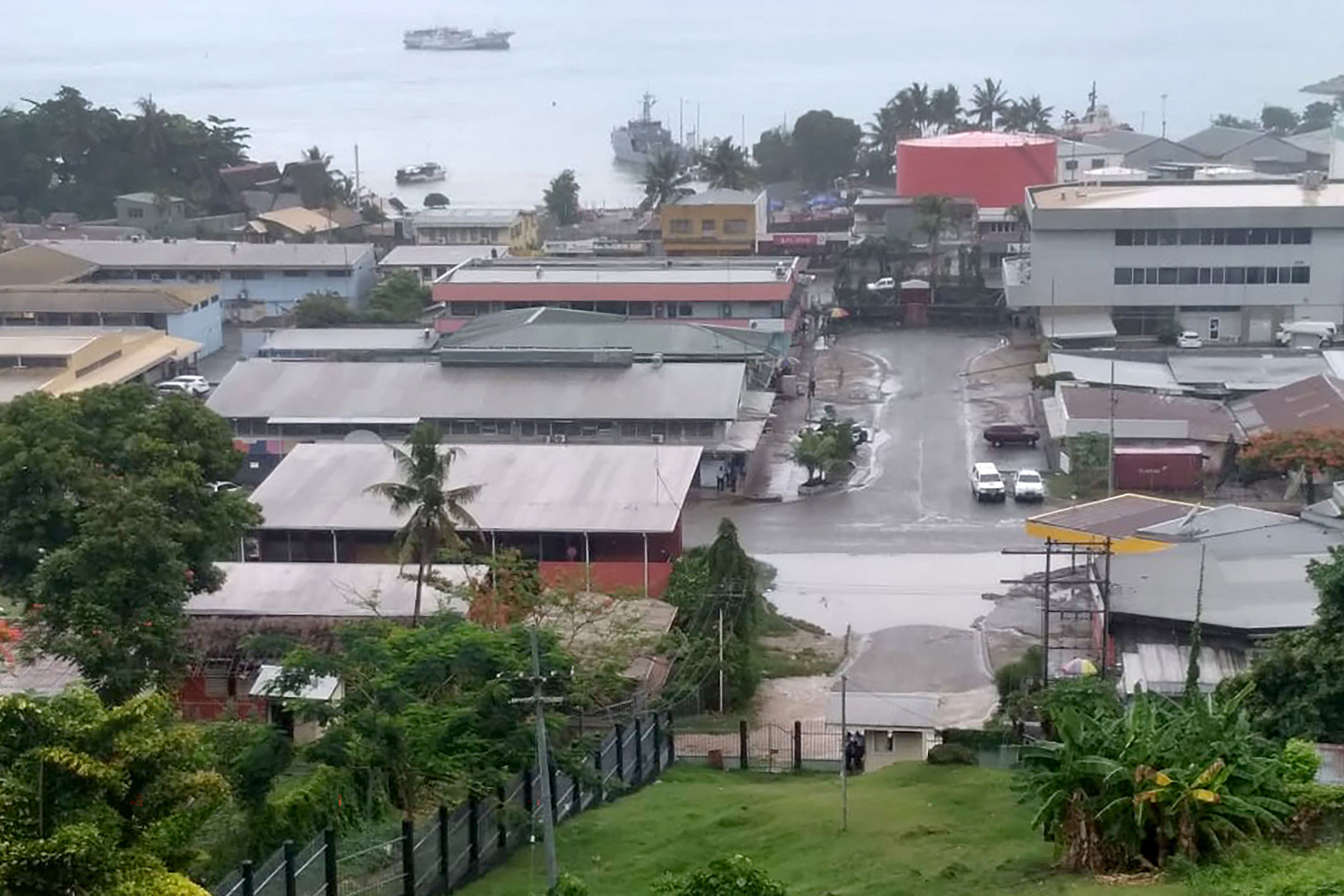 The Guadalcanal Landowner Defendant Force (GLODF) has threatened to protest during the 2023 Pacific Games in the Solomon Islands if the national Government does not settle land issues within the province.

A spokesperson for the group, who asked to remain anonymous, told the Solomon Star that the provincial and national Governments must address what is claimed to be an overdue issue before a large sporting event can be held in the Solomon Islands.

The GLODF spokesperson accused authorities of not resolving problems surrounding town boundaries and the return of acquired land to Guadalcanal landowners.

If Prime Minster Manasseh Sogavare and Guadalcanal Premier Francis Sade do not prioritise the issue, the GLODF will use the Pacific Games as a platform for protest, it has warned.

"We will not disturb the Games by force but by nature of protest," a spokesperson said, per the Solomon Star.

"Premier Hon Sade, and the Prime Minister Manasseh Sogavare, the issues of Guadalcanal people are not solved yet, why?

Sade branded the GLODF as a "criminal group", speaking to the Solomon Star, and insisted the land issues will be addressed.

"They are not easy issues to deal with," Sade commented.

"The land issues the group is referring to is not an easy one.

"The national Government has its national policy to deal with such issues."

Another issue the GLODF spokesperson raised was the mooted Government plan to extend the life of the current Parliament from four to five years so that it lasts until 2024 - after the Pacific Games.

Opposition leader Matthew Wale has claimed the extension is unconstitutional and "self-serving" as the electorate has not been consulted.

A two-thirds majority in Parliament needs to pass the constitutional amendment for it to become law.

At the end of last year, Sogavare came under heavy pressure after three days of rioting sparked by switching diplomatic allegiance from Taiwan to China.

Poverty and unemployment rates as well as inter-island rivalries have also been blamed for the civil unrest.

Sogavare has since signed a security pact with China.

Separate from the Chinese deal, the local Pacific Games Organising Committee is seeking to improve the standard of security before the event.

Security firms currently need to produce an Expression of Interest (EOI) if they want to provide services for the competition alongside the Royal Solomon Islands Police Force (RSIPF).

"Working with the Pacific Games will definitely lift the quality of guards and services provided by local firms and, from the Games Organising Committee’s perspective, we will be looking to provide training to these firms of an industry standard comparable to that delivered anywhere in the world for an event such as this," chief executive Peter Stewart said.

The Organising Committee hosted an information session last month to advise security firms on the scope of work and the requirements to contribute during the Pacific Games.

The event is scheduled to be spread out across eight sporting venues, seven Games Villages and other sites such as the competition’s headquarters, airport, a cultural village, transport centre, a family hotel, logistics compound and a uniform distribution centre.

Organisers anticipate 500 guards in total to be required across the sporting venues at peak times, plus 175 guards at the Games Villages.

Other venues will need 200 guards for peak shifts.

Security is needed at sports venues and Games Villages between October 27 and December 8 in 2023, while the requirement will last until January 31 2024 for some other sites.

"The 2023 Pacific Games will be the largest event in Solomon Islands history which will feature athletes from 24 Pacific Island countries competing in 24 sports across Honiara and the surrounding area," senior venues and operations manager Jack Smith said.

"In order to protect all clients within the Games properties, the Organising Committee will engage private contractor security companies to provide services in addition to the local Police Force."

Evelyn Thugea, assistant commissioner of police and the Organising Committee Board member responsible for security, stressed the importance of having "an effective and coordinated security system and services."

Thugea has previously claimed police numbers will be boosted for the Pacific Games.

The Solomon Islands is due to host the multi-sport event for the first time from November 19 to December 2 next year.