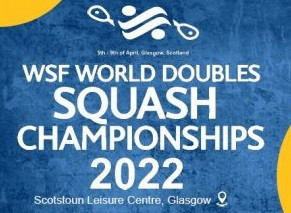 Top seeds Joelle King and Amanda Landers-Murphy made a strong start to Group A as the first matches were contested at the World Squash Federation (WSF) World Doubles Championships.

The New Zealand duo triumphed in both their women’s doubles contests at the Scotstoun Leisure Centre in Glasgow.

King and Landers-Murphy opened the tournament with an 11-4, 11-9 win over South Africa’s Alexandra Fuller and Cheyna Wood, before beating Australia’s Alex Haydon and Jessica Turnbull 11-6, 11-3.

It was the perfect start for the New Zealanders, who are seeking to win the women’s doubles world title for the third time.

Malaysia’s Rachel Arnold and Sivasangari Subramaniam were also triumphant in their opening matches, starting with an 11-7, 11-4 win over Haydon and Turnbull.

Their second match ended in a narrow 11-10, 11-10 win over England’s Georgina Kennedy and Lucy Turmel.

Second seeds Sarah-Jane Perry and Alison Waters came through a tough opening match in Group B, with the English pairing winning 11-10, 5-11, 11-7 against Australia’s Abbie Palmer and Kaitlyn Watts.

Perry and Waters were 11-7, 11-10 winners over Malaysia’s Ainaa Ampandi and Yiwen Chan later in the day.

What a way to finish a match! 🤯

Some thrilling squash on display in the WSF World Doubles Championship! 🏴󠁧󠁢󠁳󠁣󠁴󠁿

The Group B standings are led by Australia’s Rachel Grinham and Donna Lobban, who secured straight games wins in both of their matches.

James and Willstrop were 11-8, 11-7 victors over Hong Kong’s Tsz Kwan Lau and Henry Leung in Group A.