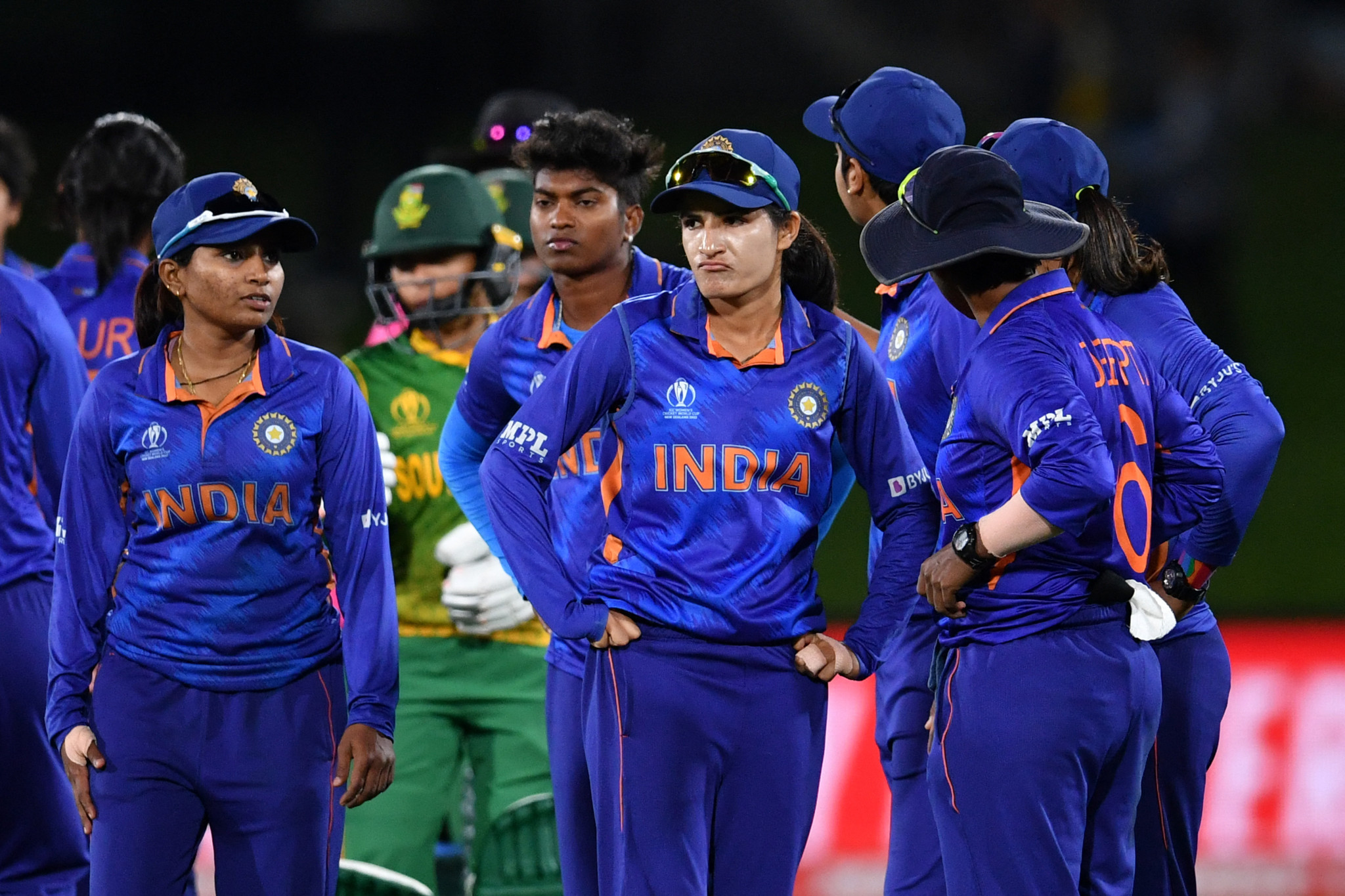 India were dramatically eliminated from the Women’s Cricket World Cup after losing the final match of the league stage to South Africa on the last ball in Christchurch, New Zealand.

Knowing they required a win to move above the West Indies and into a semi-final place, India batted first at the Hagley Oval and amassed an imposing total of 274 for 7 off their 50 overs.

Openers Smriti Mandhana and Shafali Verma put on 91 for the first wicket, before Verma was run out for 53, which came off 46 balls and featured eight fours.

Mandhana top scored with 71, while captain Mithali Raj made 68, an innings also featuring eight fours, as India put themselves in a good position at the halfway point of the match.

South Africa’s reply got off to a bad start with the early loss of opener Lizelle Lee, before a 125-run partnership for the second wicket between Laura Wolvaardt and Lara Goodall, put the South Africans, who had already qualified prior to the India game, in a strong position.

Wolvaardt made 80 off 79 balls before being bowled by Harmanpreet Kaur, with Goodall going for 49 after being stumped.

Mignon Du Preez ended on 52 not out off 63 balls, but could easily have been out a run earlier, however was caught off a no-ball and had a reprieve.

That left South Africa with a free hit and requiring two runs off two balls, and alongside Shabnim Ismail, Du Preez steered South Africa home by the finest of margins.

South Africa’s win meant a West Indies side, who had already concluded their group matches and were watching on from their hotel room, advanced to the semi-finals.

The other team to book their place in the last four on the final day of the league stage was holders England, who needed to beat already eliminated Bangladesh in Wellington to progress.

After choosing to bat, England made 234 for 6 off 50 overs at the Basin Reserve, with Sophia Dunkley top scoring with 67 off 72 balls, including eight fours.

At just after the halfway stage, England were struggling slightly at 96-4, before a 72-run fifth-wicket partnership between Dunkley and wicketkeeper Amy Jones got the defending champions to what looked like a winning total.

This proved to be the case with Bangladesh bowled out for 134, with England spinners Sophie Ecclestone and Charlie Dean both taking three wickets, as the holders won by 100 runs.

The semi-final line-up has now been confirmed with table-toppers Australia taking on fourth-placed West Indies in Wellington on Wednesday (March 30), and England facing South Africa in Christchurch the following day.