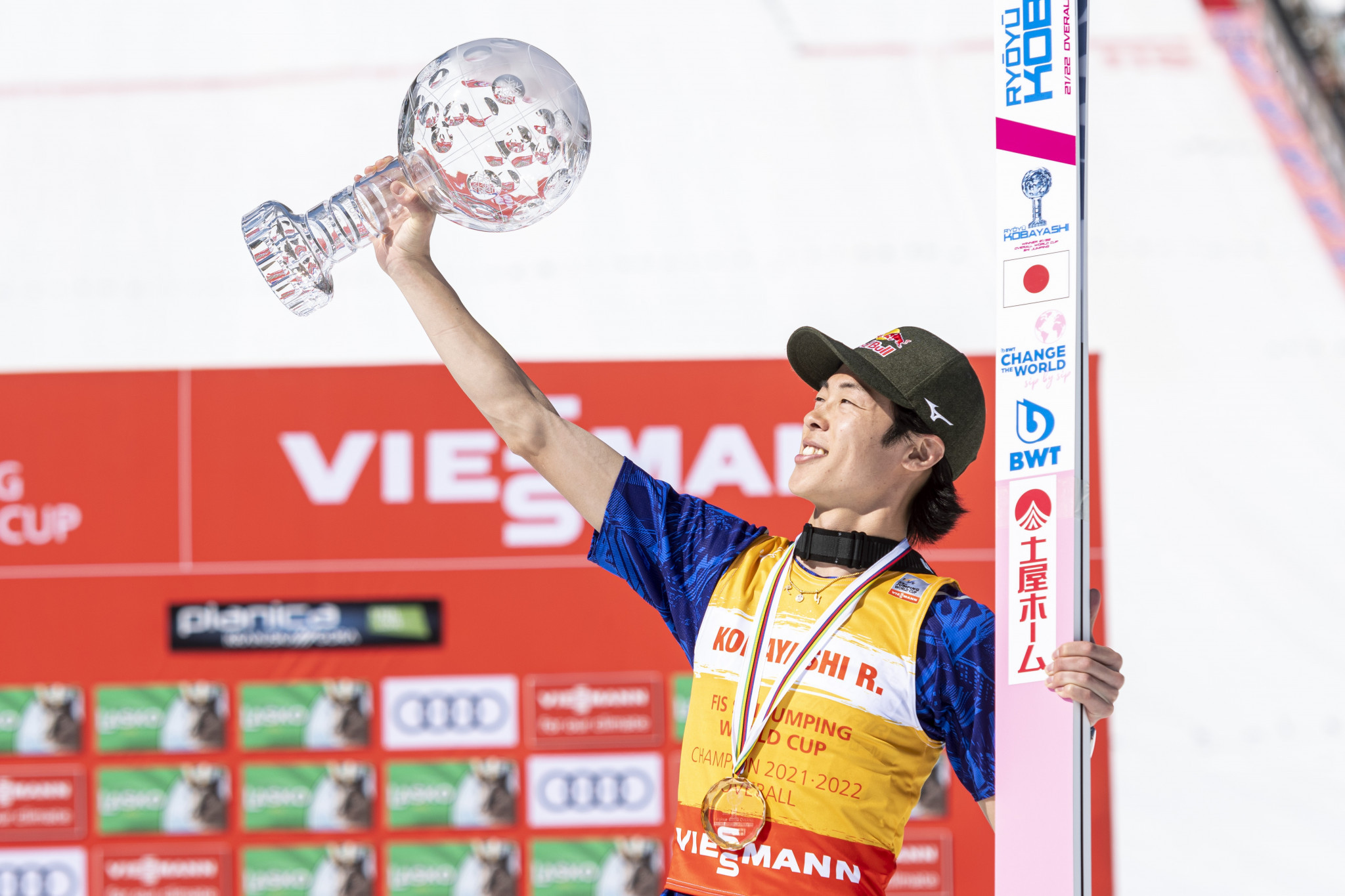 Kobayashi overcame the challenge of Germany’s Karl Geiger to capture the Crystal Globe for the second time, adding to the title he won in 2019.

There has been little separating Kobayashi and Geiger all season as they swapped places at the top of the standings.

But since returning from the Olympics in Beijing where Kobayashi clinched individual normal hill, the Japanese ski jumper has established himself as the World Cup leader.

Heading into the final leg of the season, Geiger needed to win and hope Kobayashi failed to finish outside the top-20.

But Kobayashi sealed eighth spot with jumps of 235.5 metres and 230.5m to earn 423.7 points to clinch the Crystal Globe, while Geiger finished in 16th position with 409.1 points.

The day also belonged to Norway’s Marius Lindvik who ended the season in style with victory in Planica.

Timi Zajc of Slovenia was awarded the Planica7 crown following his performances over the four days at the Slovenian venue.

Kobayashi, who also won the Four Hills Tournament, finished the campaign with 1,621 points as Geiger came second with 1,515 and Lindvik leapfrogged Norway’s Halvor Egner Granerud into third with 1,231.