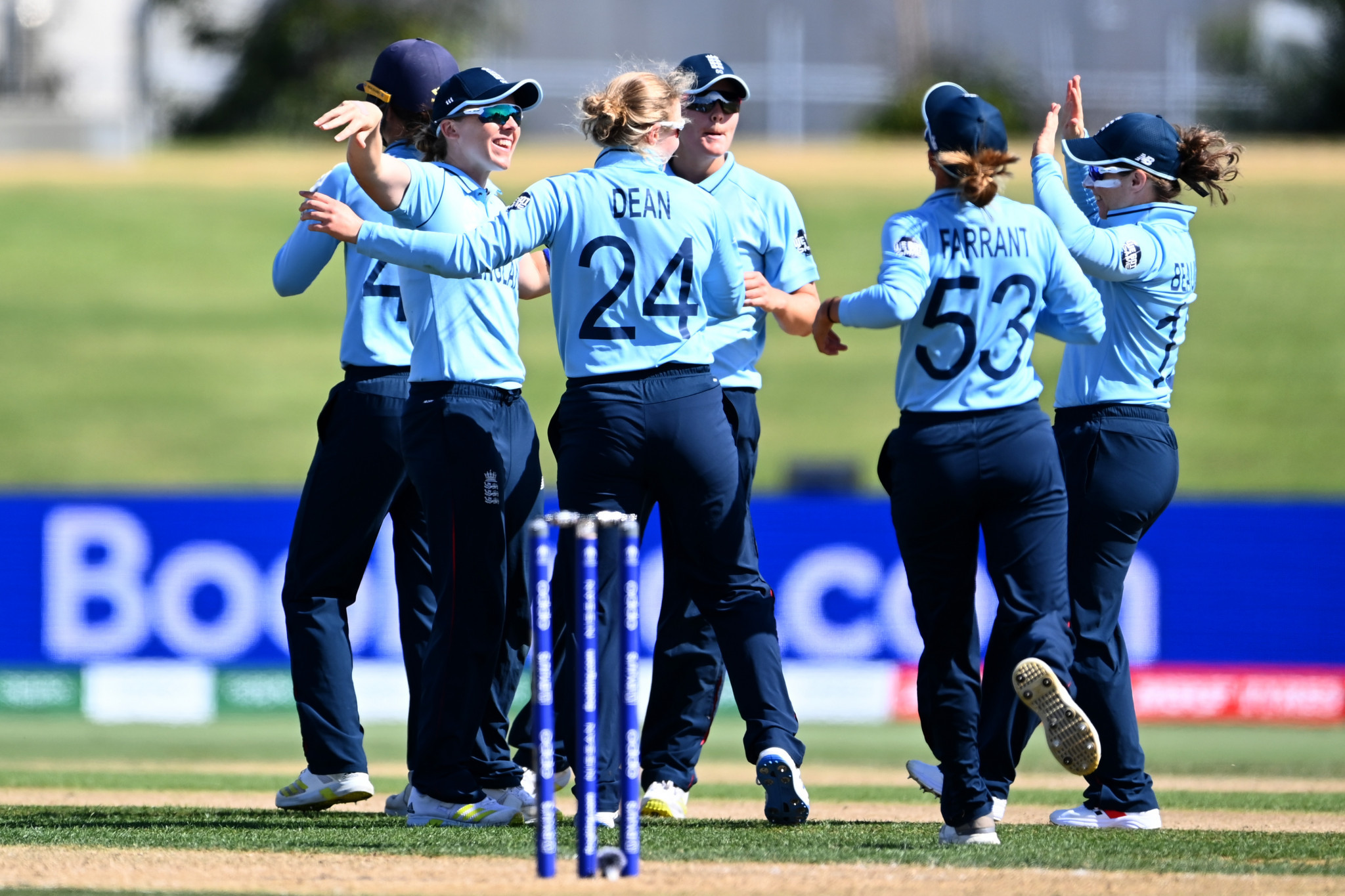 India were hustled out for 134 in only 36.2 overs after England spinner Charlie Dean, making only her second World Cup appearance, returned career best figures of four for 23.

An unbeaten half century from skipper Heather Knight saw England home to a modest target with 112 balls remaining after an uncertain start.

Knight had earlier won the toss and asked India to bat.

Opener Smriti Mandhana top scored with 35, but India struggled to increase the pace after they lost influential skipper Mithali Raj for a single.

At one stage in their innings they were 86-7 and it seemed likely that they may not make three figures.

Wicketkeeper Richa Ghosh struck 33 in partnership with veteran all-rounder Jhulan Goswani who made 20 including the only six of the innings to give India something to bowl at.

England lost openers Danni Wyatt and Tammy Beaumont in the first three overs to leave them 4-2.

Knight and Nat Sciver steadied the innings with a third wicket partnership of 65.

Sciver, who survived after a ball hit the stumps without dislodging a bail, hit a quickfire 45 to improve England’s net run rate which could prove a significant factor later in the tournament.

Although England continued to lose wickets, Knight was unbeaten on 53 when the winning runs came.

Both sides can still qualify for the semi-finals.

India are set to face unbeaten Australia on Saturday (March 19) in Auckland in their next match.

To have a chance of qualifying, England must win their remaining matches and take on host nation New Zealand on the same ground the following day.