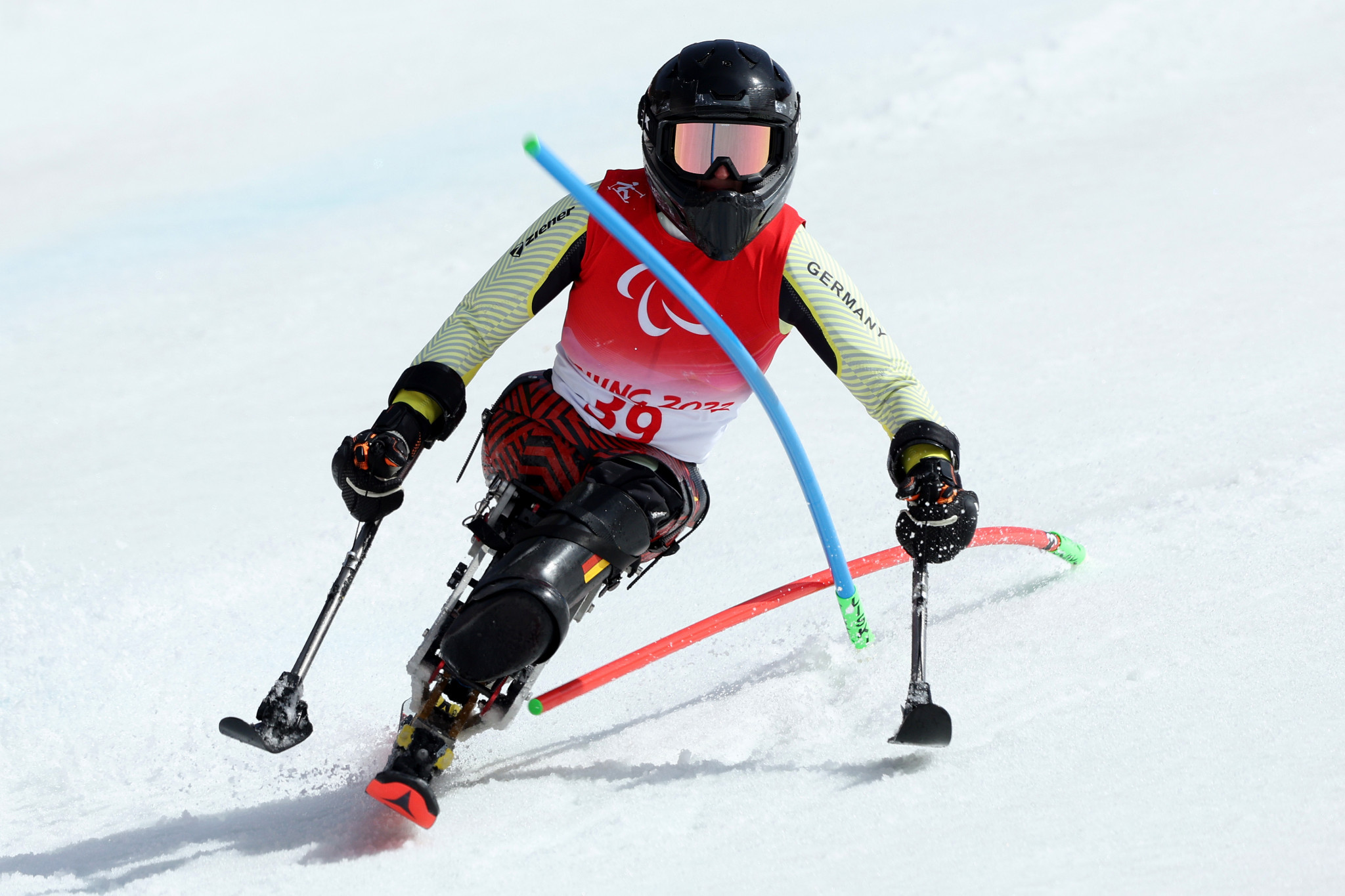 The German skier travelled to the Yanqing National Alpine Skiing Centre as the reigning world and Paralympic champion, a status that remains intact following her impressive display.

Forster clocked 48.50sec on her first run to move 1.48 clear of next-fastest athlete Liu Sitong of China at the halfway stage.

Liu's team-mate Zhang Wenjing, third after the first run, applied serious pressure on Forster with a superb 49.07 for a total time of 1min 40.18sec.

It was Forster's second success of the Games, after she also defended her super combined title on Monday (March 7).

Zhang added to her two bronzes in the super-G and giant slalom with a silver in the slalom, while Liu finished the Games having medalled in all disciplines except the super-G.

Their displays moved China onto a total of 15 gold, 17 silver and 21 bronze medals at Beijing 2022 - extraordinary given that the country had never won an individual Winter Paralympic medal prior to these home Games.

Japan's Momoka Muraoka clinched three golds as well as a silver in the super combined, but had to settle for fifth in the slalom after finishing 7.68 off the pace.

Sweden's Ebba Årsjö and Austria's Veronika Aigner also won their second golds of the Games on the final day of women's competition.

Årsjö, who won Monday's (March 7) super combined and threatened the supremacy of Zhang Mengqiu in the giant slalom standing yesterday before crashing out on her second run, cruised to victory in the slalom.

She notched 44.99 on her first attempt, and pursued a similarly aggressive approach on the second despite having time to play with, which yielded a 46.77.

Her total of 1:31.76 was 5.64 clear of Zhang, who finished the Games with two golds and three silvers across the five disciplines.

Anna-Maria Rieder of Germany claimed a maiden Winter Paralympic medal as a total of 1:40.50 clinched bronze.

In the vision impaired event, the Aigner family took its medal haul up to eight at the Games.

She also triumphed in the giant slalom yesterday, an event in which her sister Barbara finished third.

The pair's brother Johannes has won four medals in the men's vision impaired class, including golds in the downhill and giant slalom.

Barbara , guided by Klara Sykora, was 1.71 slower in second place today, while Alexandra Rexová of Slovakia, guided by Eva Trajčíková, added a slalom bronze to her super-G gold.

Pyeongchang 2018 and world champion Menna Fitzpatrick of Britain was 0.45 outside the podium in fourth, while Slovakia's 11-time Paralympic gold medallist Henrieta Farkašová had to settle for fifth.

Para Alpine skiing concludes on the final day of the Winter Paralympics tomorrow with the men's slalom events.