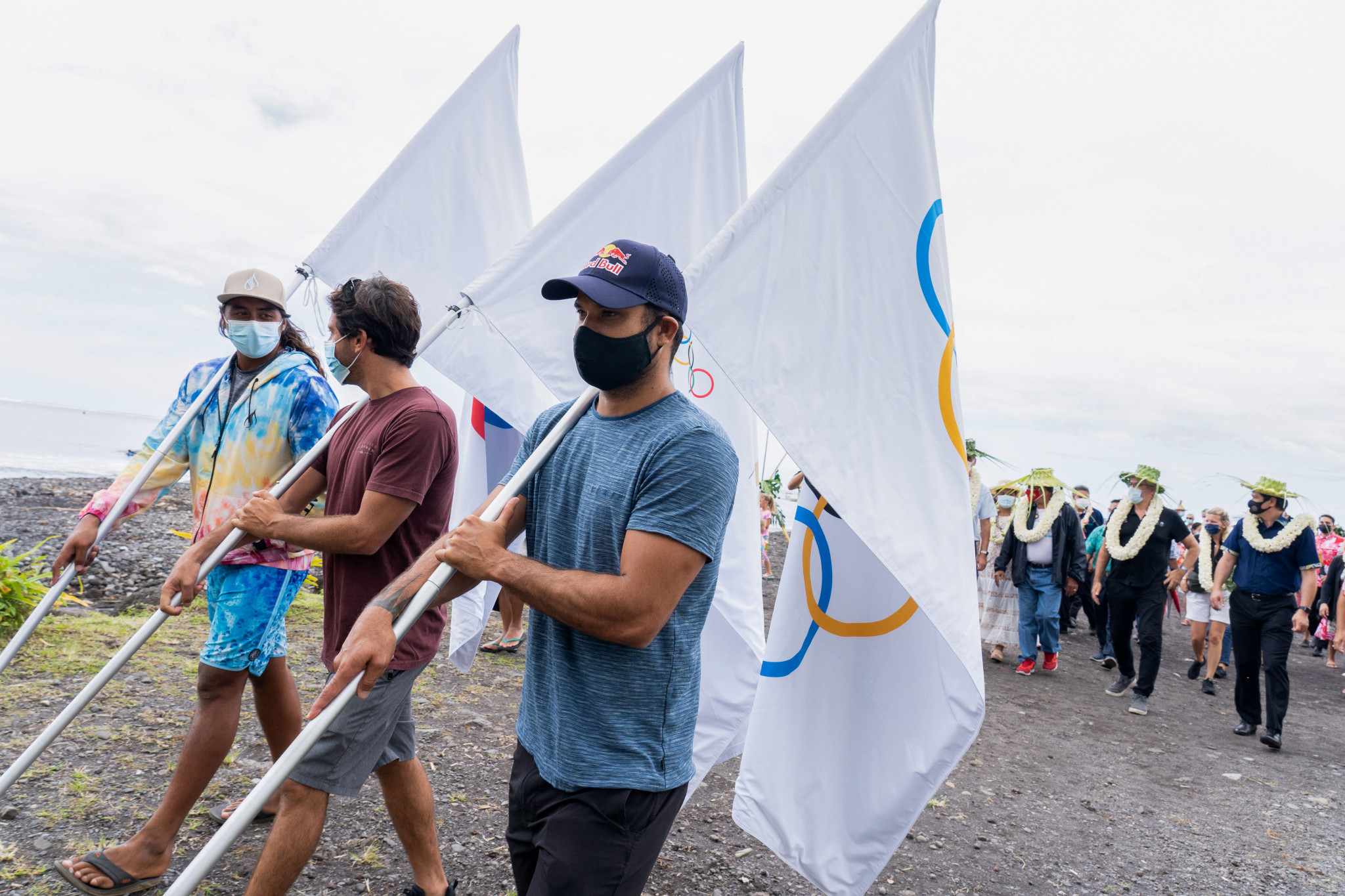 Ten of France's best male surfers were invited to the course in Tahiti, set to host surfing at the Paris 2024 Olympics, with the aim of preparing them for the QS and Challenger Series 2022 season.

The athletes had the chance to take part in feedback sessions and individual discussions with specialists during the twelve days of training.

Stéphane Corbinien, who has been the performance director of the French Surfing Federation since 2009, emphasised his contentment with the involvement of the athletes and the collaboration between the French and Tahitian Federations.

Even after the programme, half of the athletes were invited to stay in Tahiti to enjoy the warm water and continue surfing between four to five hours a day before the restart of the QS season in Israel.

One of the surfers involved in the programme Jorgann Couzinet said: "This course is a success. We all surfed well.

"The coaches were top notch. We had video feedback, a physical trainer, a physiotherapist. It was really good. It was a godsend for us to be able to surf so much in the middle of February."

In 2020, the International Olympic Committee Executive Board approved Tahiti, an island in French Polynesia featuring the Teahupo'o wave, one of the world's biggest, as the venue for surfing at Paris 2024.

Despite Tahiti being 15,700 kilometres from Paris there is huge excitement from the surfers about Paris 2024.

"I had a great course here with the French Surfing Federation for a first preparation course for the QS and Challenger Series," said one of the other participating surfers Mihimana Braye.

"It's a great experience for me. I'm also thinking now of the 2024 Olympic Games."

Paris 2024 will be a great opportunity for the federations to showcase the sport and for the athletes to reach the widest possible audience.