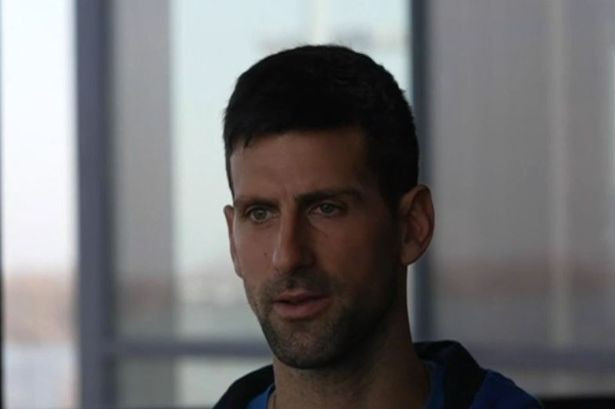 Novak Djokovic has claimed he is not an anti-vaxxer but is not prepared to take the vaccination against COVID-19 himself, even if that means he could miss out on making history by being unable to play in the world’s top Grand Slam tournaments like the French Open, Wimbledon and the US Open.

The Serbian was last month deported from Melbourne on the eve of the first Grand Slam of the season, the Australian Open, because he has not received the injections designed to help fight coronavirus.

"I was never against vaccination, but I've always supported the freedom to choose what you put in your body," Djokovic told the BBC.

Djokovic had to watch from home as Rafael Nadal won a record 21st Grand Slam title in Melbourne.

It leaves Djokovic one victory behind his Spanish rival, but he has claimed he will not defend his French Open or Wimbledon titles this year if the tournaments require mandatory vaccination for competitors.

"That is the price that I'm willing to pay," Djokovic said.

"I say that everybody has the right to choose or act or say or feel whatever is appropriate for them.

"Because the principles of decision making on my body are more important than any title or anything else. I'm trying to be in tune with my body as much as I possibly can."

Djokovic became a hero to many opponents to vaccinations, but he has now tried to distance himself from this group, some of whom have staged violent protests around the world.

"I have never said I'm part of that movement," he told the BBC.

"It's really unfortunate that there has been this kind of misconception and wrong conclusion based upon something that I completely disagree with."

Djokovic even claimed he may be prepared to have a vaccination in the future, "because we are all trying to find collectively, a best possible solution to end COVID."

He claims to have "an open mind".

"I was never against vaccination," Djokovic said.

"I understand that globally, everyone is trying to put a big effort into handling this virus and seeing, hopefully, an end soon to this virus."

Djokovic is due to return to the court next Monday (February 21) at the Dubai Duty Free Tennis Championships, an event which does not require players to be vaccinated.

He is also on the start list for next month's Indian Wells Masters tournament, a Masters 1000 event on the men's Associated Tennis Professionals tour in the United States, despite organisers saying that proof of vaccination would be required for entry into the venue.