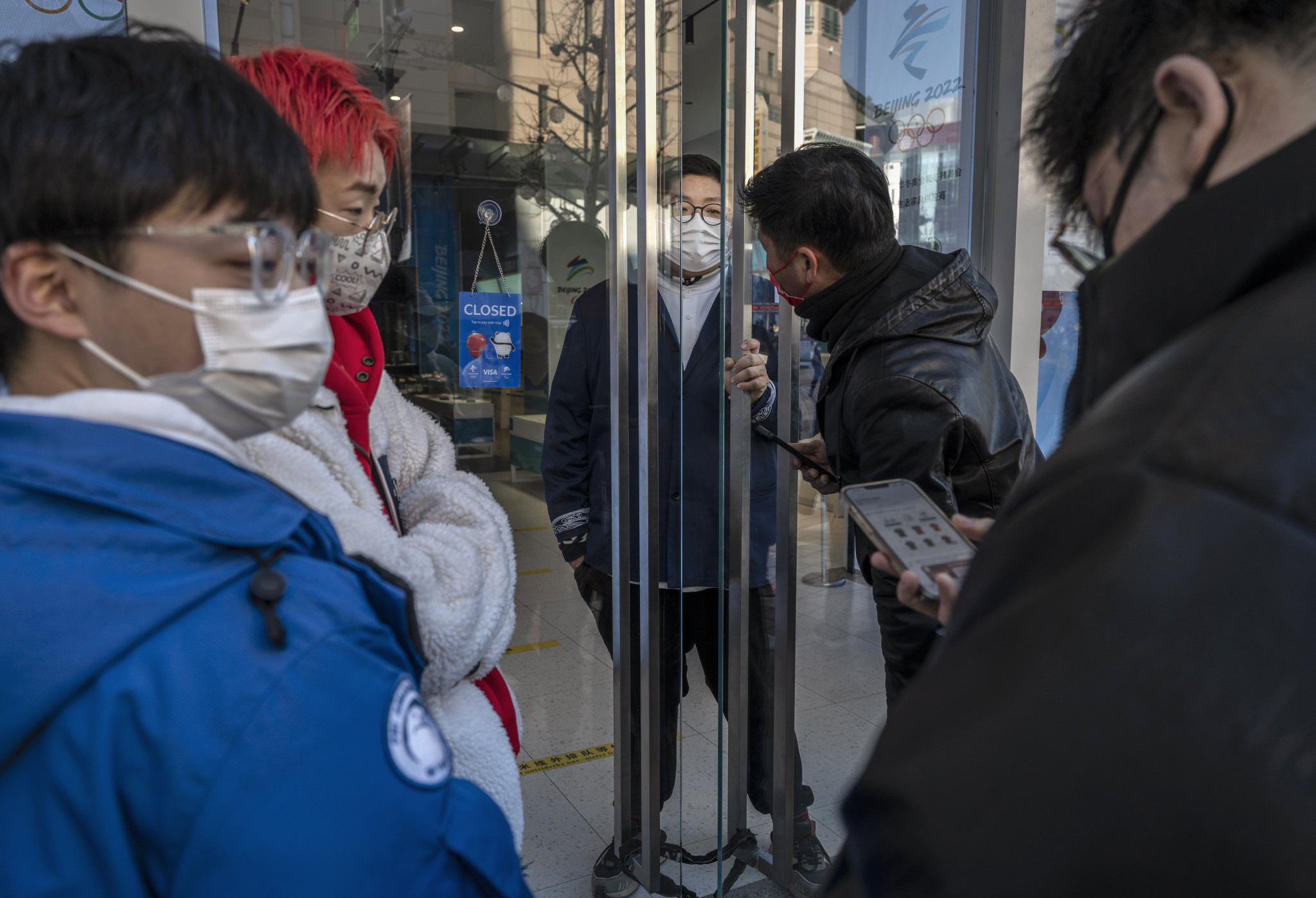 Beijing 2022 have reassured collectors that more Bing Dwen Dwen mascots are being produced, but they will limit the number of purchases to each customer "so that more people can get their hands on mascot themed licenced goods" during the Games period.

Some stores were still displaying sold out signs today, although a queue had already formed at the shop in the Main Press Centre long before the store opened.

Beijing 2022 confirmed to insidethegames that the manufacturers have been contacted and are speeding up production to meet the demand.

"We are aware that some licensed products, especially those featuring Bing Dwen Dwen, are out of stock," a statement said.

"This is because of the soaring demand and the closure of factories during the Chinese New Year holiday,

"After factories re-open, they will speed up production to meet the market demand."

At the weekend, many who hoped to buy mascots at the official store in Wangfujing in the centre of the city were left disappointed as the store cleared its shelves.

The recent hot sale of licenced products shows the popularity of the Games, and is partially the result of our effort to promote winter sports and engage 300 million people in winter sports.

Beijing 2022 have also announced the pre-sale of a special "Spring Festival" edition of Bing Dwen Dwen.

Beijing 2022 have also confirmed that souvenirs will remain on sale for another four months.

"The sale of licenced products will continue until the end of June this year at the very least, so there is no need to rush," Beijing 2022 said.