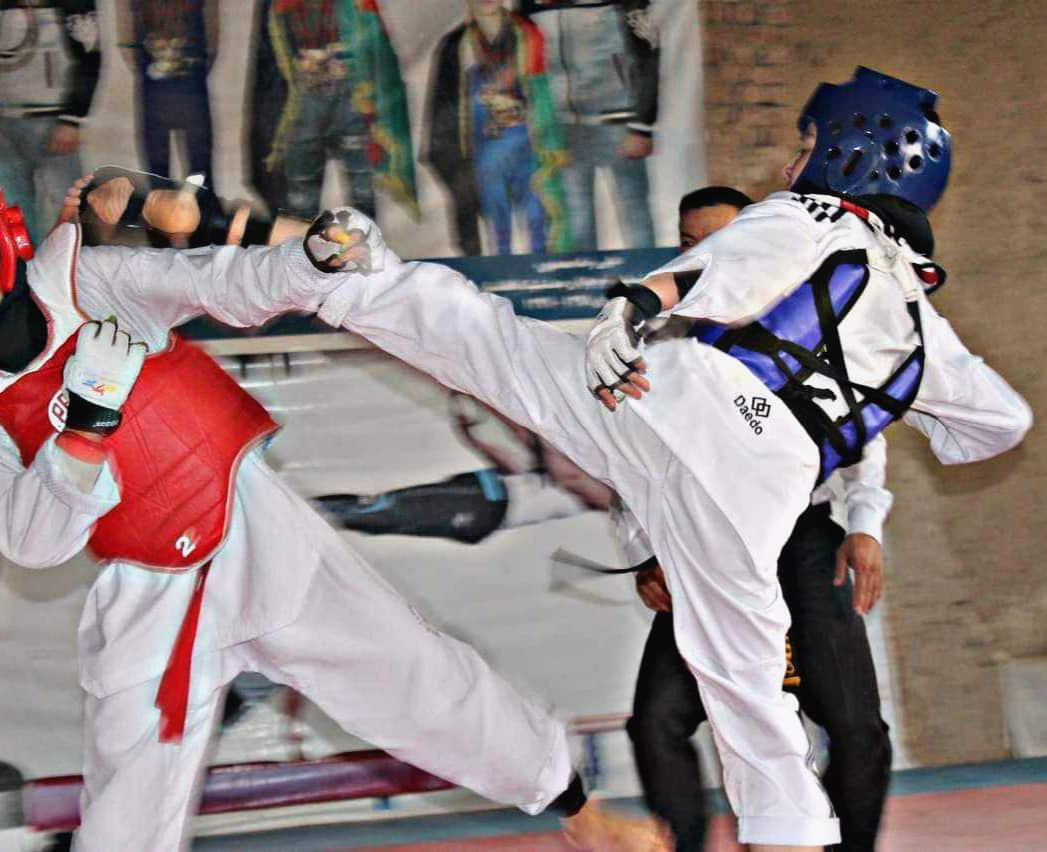 The Victorian, who fled Afghanistan over 10 years ago and now owns the World Taekwondo Centre in Cranbourne, organised travel documentation around the clock after he became fearful for their safety from the Taliban Government.

The eight members of the group were granted visas in September, a month after the Taliban Government rose to power.

Rahimi began the operation following conversations with the Afghan athletes when they asked for help.

"I was worried about the female Afghan athletes and activists," he said.

"I wanted to do something about it.

"I got a phone call from one of the women's national team members asking me for help.

"She said, 'We are hiding somewhere in Kabul and trying to get out of Afghanistan, but we can't.

The gravest moment in the operation was the athletes’ need to travel from Kabul and escape through the Pakistan border - almost 230 kilometres away.

Despite the dangers. It was the only route they could take.

"It was very hard for them to cross the border," Rahimi said.

"The Pakistani officials and the Taliban didn't let them cross the border initially.

"They got an alert from Australian Officials and then I think the Australian Government contacted the Pakistani officials, and then they wrote a letter for them to cross the border.

"That was one of the hardest times because the girls were at the border, and then the Pakistani officials tried to push them back to Afghanistan, and this side was Taliban. It was a very scary situation, very scary.

"That was the main concern for me, the safety for the girls travelling from Kabul to the Pakistan border.

"Crossing the Pakistani border is not easy for women; it's not a safe thing to do.

"So that was the main concern, really, for me."

The Australian High Commission and their security officials were present at the border to meet them and take them Islamabad before flying to Darwin and then Melbourne after 14 days of quarantine.

Since the operation, the taekwondo community has welcomed the eight athletes with "great support", Rahimi said.

Crucially, they have been provided with houses, food, and taekwondo equipment.

Even though Rahimi is proud of their achievement, he is wary that the athlete’s parents are still in Afghanistan but has tried to ease their worries about their daughters’ safety.

He has become a legal guardian of one of the members, who is 16-years-old.

Human rights groups and activists have condemned the Taliban’s treatment of women in addition to other prejudicial beliefs.

Amnesty International has become "deeply concerned about the disappearances of two women activists Tamana Zaryab Paryani and Parawana Ibrahimkhil" and have demanded for the Taliban to reveal their location.

Women activists have alleged Paryani and Ibrahimkhil have been arrested and tortured by the authorities.

The group of eight athletes are currently training and plan to compete in numerous taekwondo competitions during 2022.

"They had a dream to represent Afghanistan on the international stage, and that dream, unfortunately, was destroyed by the Taliban; it is now their dream to do this for Australia," Rahimi said.