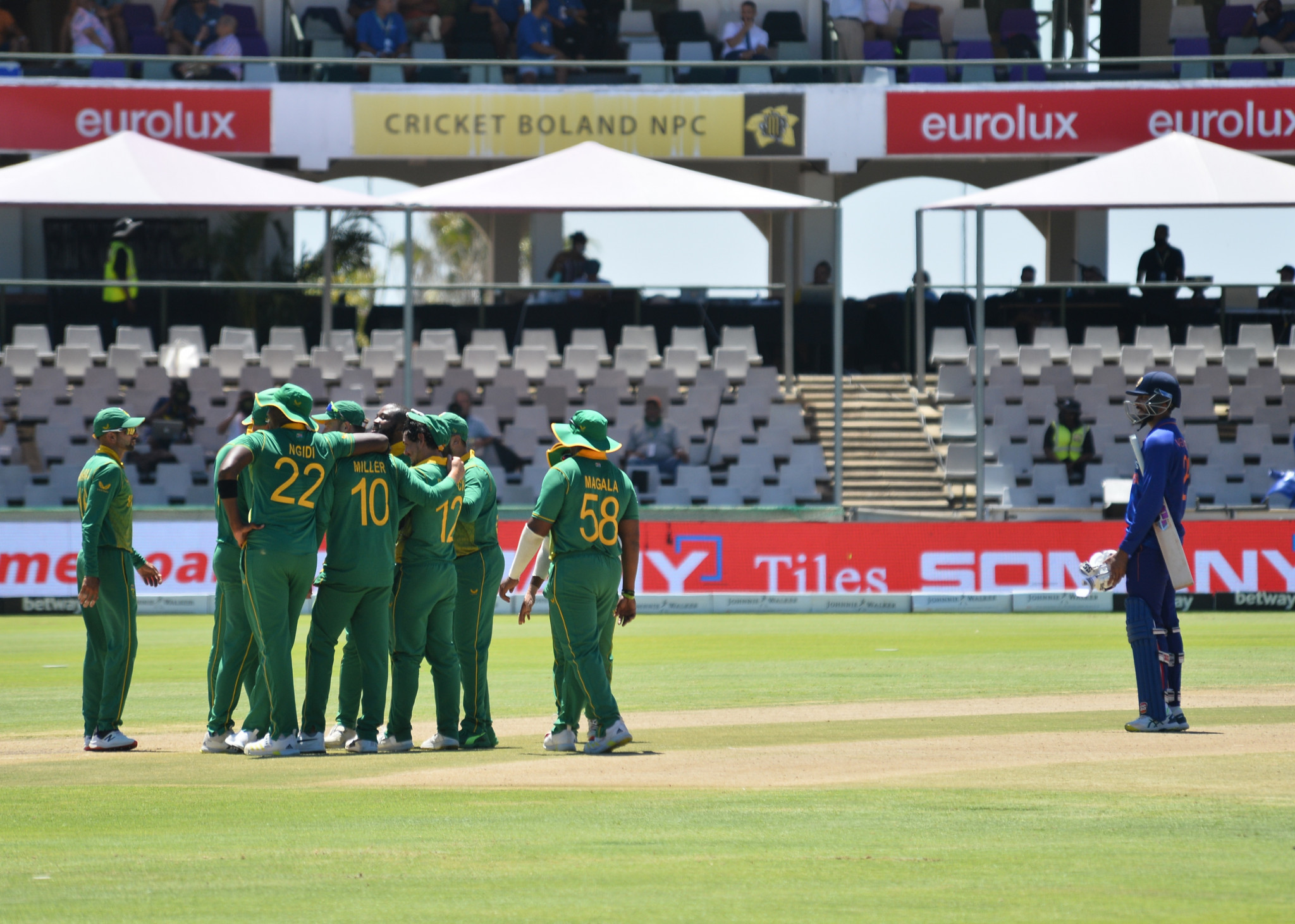 The South African Sports Confederation, Olympic and Paralympic Committee (SASCOC) has backed calls for more spectators to be allowed in the nation's stadiums.

Attendance at sporting events is capped at 2,000 for outdoor venues and 750 for indoor arenas, under South Africa's existing COVID-19 rules.

The low limits, social-distancing measures and other health requirements which need to be in place have meant that many high-profile events are effectively being played behind closed doors.

Examples include fans being barred from Premier Soccer League matches and India's cricket tour of South Africa taking place in front of a backdrop of empty stands.

There have been calls for the re-opening of sporting venues to be accelerated and SASCOC has joined this chorus, backing the vaccinated to be allowed to return to their seats.

It cited the work it has done to promote vaccination in a bulletin announcing "SASCOC supports the call to safe return to stadia", and has urged that "the appeal for fans to return to stadia, notwithstanding or undermining the dangers of COVID-19 is considered".

Sports Minister Nathi Mthethwa has conceded that "re-opening of stadiums and cultural venues is necessary for the economic recovery of the sport, art and culture sectors," per IOL, but has insisted the Government cannot make any ill-advised policy decisions.

Mthethwa insisted that a Return to Play Adjudication Committee he established was helping organisations to comply with the rules and working towards a further opening up.

Several opposition groups have criticised the speed of rule changes, including the Economic Freedom Fighters, with the party planning a demonstration this weekend.

"We are backing the Honourable Minister, Nathi Mthethwa on the return of fans to stadia and this has been an on-going discussion with the Department of Sport, Arts and Culture," Hendricks said.

"We have been working hard with other partners in the sector towards re-opening of stadia to allow fans to return to watching sporting events live.

"Guided by experts, we have been working with professional and amateur federations, and those outside sports to look at how best safety protocols can be adapted to protect the health and lives of athletes, coaches, administrators and our respective communities around this pandemic.

"Central to all this work has been our drive towards vaccination of all our people.

"We believe if fans are fully vaccinated they can be allowed to attend sporting events and reduce the negative impact of the pandemic."

South Africa's daily case rate has been falling since the start of 2022.

The country has officially recorded a little more than 94,000 deaths from the virus.