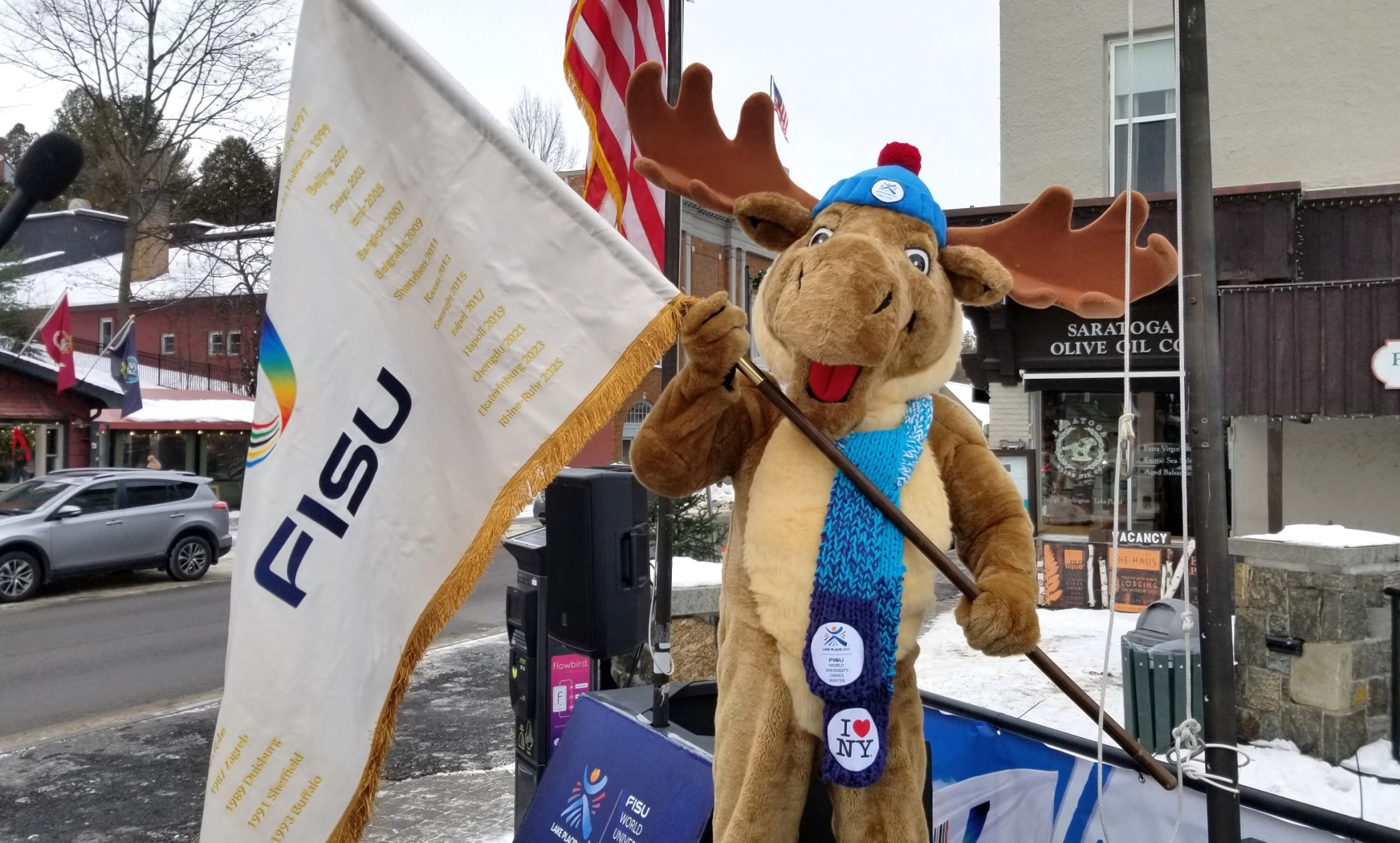 The International University Sports Federation (FISU) flag has been raised at a ceremony in Lake Placid as the village prepares to host the 2023 FISU World University Games.

The flag was taken to Mid’s Park on Main Street by members of the Lake Placid Police Department and Volunteer Fire Department, and North Elba town supervisor Derek Doty.

State, regional and local officials were in attendance for the ceremony.

Organisers said the raising of the FISU flag signifies Lake Placid and the surrounding North Country region as the next host of the FISU Winter World University Games.

"This is the second time that this flag will wave in Lake Placid and represent this community’s commitment to its sporting legacy," said Ashley Walden, Adirondack Sports Council executive director, at the event.

"As a former athlete I have a passion for winter sports.

"I trained here for 10 years before officially making this town my home.

"While it was the training facilities and opportunities that brought me here, it was the community that made me proud to call Lake Placid home."

FISU awarded Lake Placid, which hosted the 1932 and 1980 Winter Olympic Games, rights to its flagship winter event in March 2018.

It will be the second occasion that Lake Placid has hosted the Winter Games, after 1972.

The 1972 edition was the only time in the event’s 52-year history that it has not been held in Europe or Asia.

Lake Placid 2023 had received the FISU flag from Lucerne 2021 at a handover ceremony in Turin last week.

Lucerne 2021 was cancelled because of the COVID-19 pandemic.

Lake Placid Mayor Art Devlin was among officials in attendance for the flag-raising ceremony at Mid’s Park.

He said the Games will deliver a strong legacy to the village, which is home to 2,600 residents.

"Last summer alone our small community had 12 major construction companies working to make sure everything is in order," Devlin said.

"That includes our sports venues, our infrastructure and the housing projects that are going on in Lake Placid, that will be used for the FISU World University Games and then provide long-term community housing afterwards.

"All of these improvements and the name recognition worldwide will be the legacy that the FISU World University Games leave in Lake Placid."

Lake Placid is set to host the FISU Winter World University Games from January 11 to 23 next year.

A total of 1,600 athletes from 50 countries are expected to compete in 12 sports and 86 events, with an equal number of women’s and men’s medals.