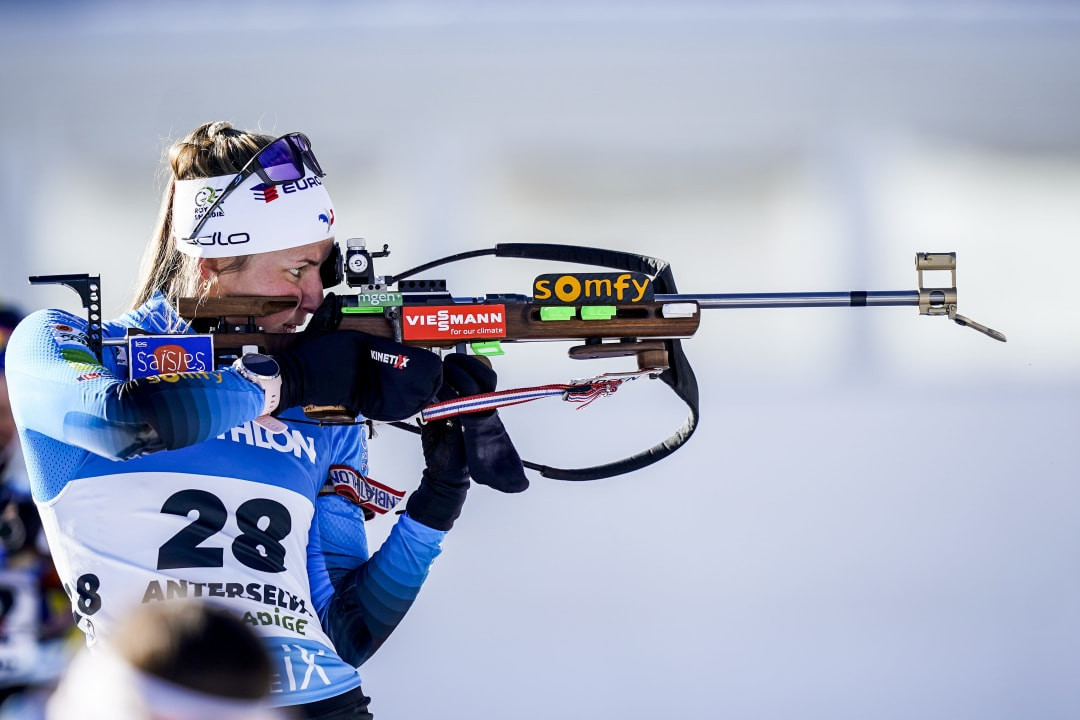 Braisaz-Bouchet crossed the line in 42min 20.6sec to clinch the third World Cup win of her career.

The Olympic relay bronze medallist completed the 15 kilometres course 51.5 seconds clear of her compatriot Simon, who was forced to settle for second place.

Sweden’s Mona Brorsson finished on the podium for the first time as she came third, 1:37.2 adrift of Braisaz-Bouchet.

Victory for Braisaz-Bouchet ended her long wait for a World Cup win, with her last coming in Östersund in Sweden in December 2019.

"It's really good to be back on the podium two weeks before the Olympic Games!"

Enjoy this victory and eat, sleep, recover for the competitions this weekend, Justine! 😍

Watch on https://t.co/bk5aBBso9Q and follow on the Official IBU App! 💪 pic.twitter.com/wr2DCFrxU2

"It is really good to be back on the podium two weeks before the Olympic Games in the individual here in Antholz," she said.

"It is pretty tough because of the altitude, but I was really patient on the shooting mat with the windy conditions and the emotion on the last shooting especially.

"I am really happy with the race today."

Marte Olsbu Røiseland of Norway, who has opted to skip the event at the Italian venue to focus on preparing for the upcoming Winter Olympic Games in Beijing, remains the overall World Cup leader.

The World Cup in Antholz-Anterselva, the last before Beijing 2022 begins on February 4, is scheduled to continue with the women's mass start and men's relay tomorrow.