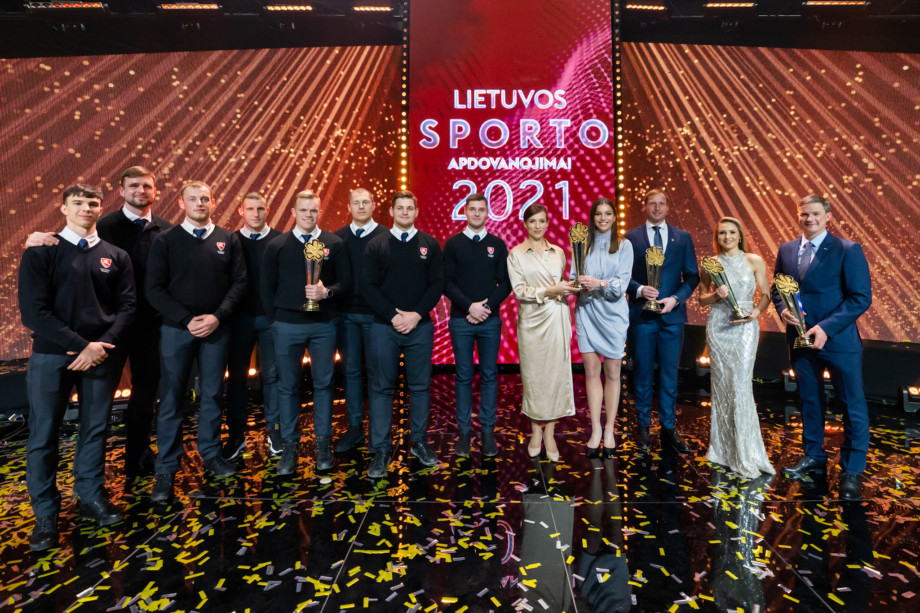 Rowing enjoyed a successful night at the awards - run by the National Olympic Committee of Lithuania (LTOK), the Lithuanian Paralympic Committee and the Ministry of Education, Science and Sport - as Milda Valčiukaitė and Donata Karalienė received the team of the year prize.

The breakthrough award went to the Lithuanian rugby sevens team following their results on the Sevens Europe Series circuit.

Fans had a say in the winners of the various awards as public votes counted for 25 per cent.

"This celebration is an opportunity to show appreciation for our athletes, coaches, doctors and other specialists for their dedicated and hard work, thanks to which Lithuania’s name resonates worldwide," said LTOK President and International Olympic Committee member Daina Gudzinevičiūtė.

"The past year was not an easy one for the sports community, so I want to wish us all unity, consideration, and even closer work for the sake of sport and our athletes."