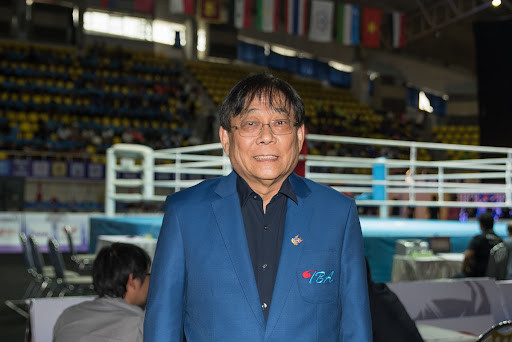 Pichai Chunhavajira has been re-elected as the President of the Thailand Boxing Association (TBA) after beating current the governing body's technical chief Somchai Poonsawat by 69 votes to 34.

The Thai official is set to serve his fourth term at the organisation's helm.

Chunhavajira reportedly promised to step down after Tokyo 2020 to open the way for Poonsawat.

In the wake of his victory, Chunhavajira expressed his desire for a Thai boxing gold medal at Paris 2024.

"I would like to thank all parties for today's event," said Chunhavajira, as reported by the Bangkok Post.

"A special thanks must go to Khun Somchai, who has been working very hard for the Thailand Boxing Association.

"I will do my best during the next four years and will try to make our boxing team great again.

"Next year we have two big sporting events - the SEA (Southeast Asian) Games in Vietnam and then the Asian Games in Hangzhou, China.

"The Olympic Games in Paris will be our big goal and I hope Thai boxers will win gold again in 2024."

Chunhavajira had been elected to the Executive Committee of the International Boxing Association (AIBA) at its Congress in Moscow in November 2018.

But he resigned less than two years later after not attending any meetings, which he blamed at the time on his busy work schedule.

Chunhavajira later claimed that the real reason he resigned was that, following the suspension of AIBA by the International Olympic Committee (IOC), he feared his presence on the Executive Committee could jeopardise the participation of Thailand's boxers at Tokyo 2020.

The IBA - as the organisation is now known following a rebrand earlier this month - is still suspended by the IOC and its place at the 2028 Olympic Games in Los Angeles remains in doubt over it was left off the preliminary programme.

Boxing is safe for Paris 2024, but it remains in doubt whether or not the IOC will allow the IBA to organise the tournament.

Boxing is Thailand's most successful Olympic sport in terms of total medals won.

The country's boxers have won four gold, four silver and seven bronze medals for a total of 15.

Sudaporn Seesondee was Thailand's sole boxing medallist at Tokyo 2020 as she won a bronze  in the women's lightweight category.

It was the fourth consecutive Olympic Games that a Thai boxer had stood on top of the podium.

Since then, Thailand's best performance was the silver medal won by Kaeo Pongprayoon in the men's light flyweight at London 2012.