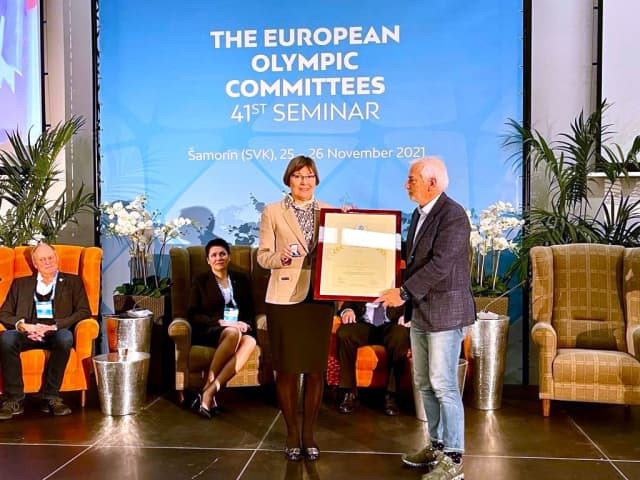 Corak, who is also a member of the International Judo Federation (IJF) Executive Committee, was given the award at the 41st EOC Seminar in Šamorín in Slovakia on November 25 and 26.

The award is given to those who have achieved consistent achievements throughout their career in the promotion of sports.

As CJF President, Corak has been a key figure in judo's growth in Croatia.

Spectacular event showcasing Judoka and the excitement of continuing the 2021 world tour. Thank you Zagreb for your hospitality, and congratulations to athletes and officials for your contributions that made this event a success!#judozagreb #judo #ijf #zagreb #GrandPrix pic.twitter.com/RY3xS1rXTp

"We live in the 21st century, where everyone is applauding Olympic medallists, but still sport as a social activity is underestimated.

"The contribution of sport for the education of children and youth, or for the economy or for contributing to the complex work of balancing the nation is still not recognised sufficiently.

"So all the people who work in the promotion and development of sports still have work hard to do that.

"It is important that we develop measures and activities that will help sports and that could be implemented in these difficult times."

The IJF added its congratulations to Corak.