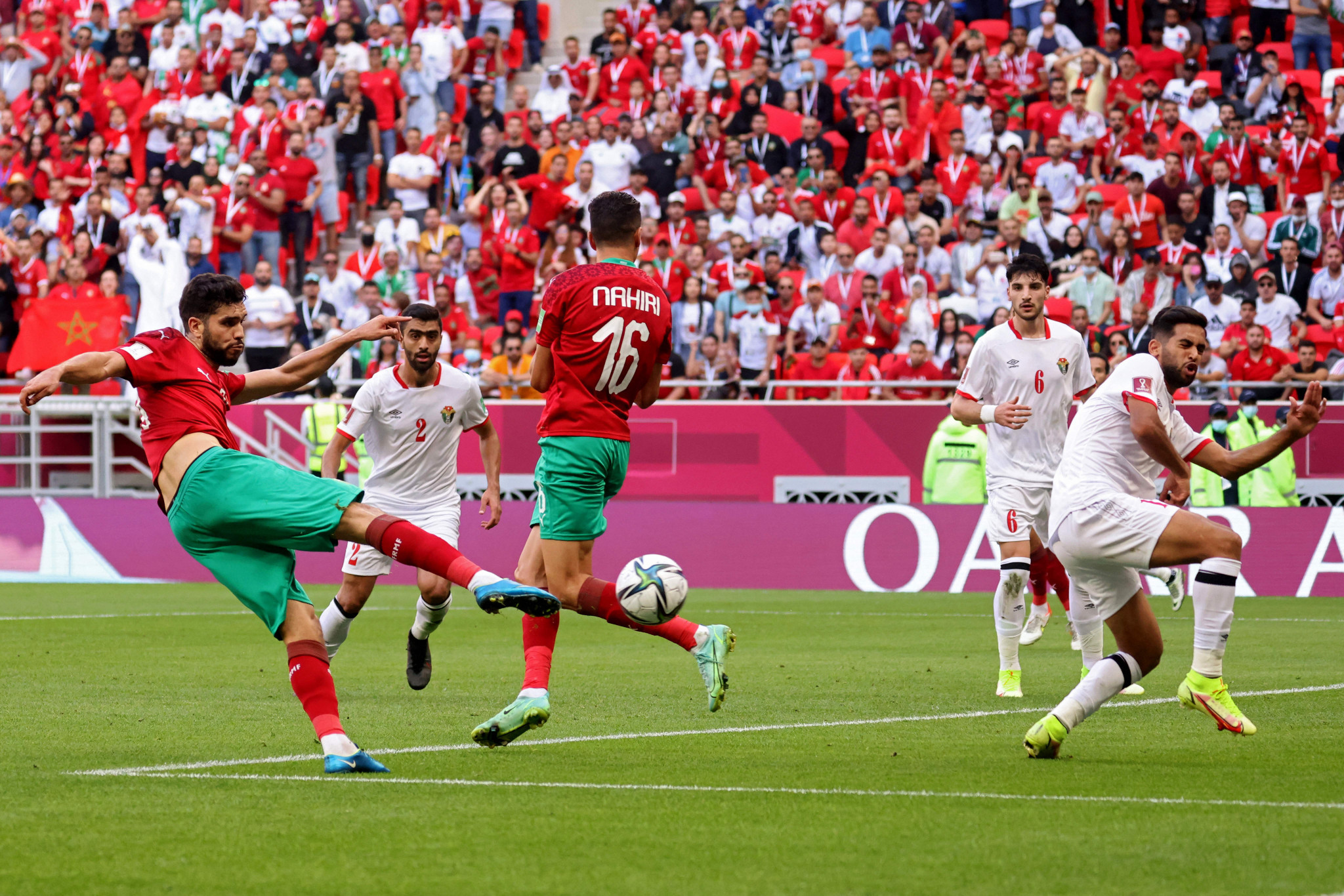 Morocco earned a second successive 4-0 victory in the group stage of the FIFA Arab Cup to effectively book their place in the knock-out stage of the tournament in Qatar.

Morocco had brushed aside Palestine in their opening match of the tournament on Wednesday (December 1) and found Jordan to be equally as straightforward.

Yahya Jabrane gave Morocco the perfect start to the Group C match at the Ahmed bin Ali Stadium in Al Rayyan, lashing into the net after four minutes.

He pounced on a loose ball in the area after Jordan’s goalkeeper Yazeed Abulaila spilled an effort into the centre of the box.

Mohamed Chibi scored the pick of Morocco’s goals when he volleyed Achraf Bencharki’s corner beyond the dive of Abulaila from the edge of the Jordan box.

Jordan limited the damage for the majority of the second half but conceded a late penalty, which was dispatched by Soufiane Rahimi to seal a 4-0 victory for Morocco.

Morocco are the defending champions, having won the event was it was last held back in 2012.

2⃣ straight wins, 8⃣ goals scored and 0⃣ conceded have left them with one foot in the #FIFArabCup quarter-finals 🔢@JordanFA | @EnMaroc pic.twitter.com/TWqMSmoP90

Despite the heavy defeat, Jordan still lie second in the standings and could seal a knock-out stage place in the final round of group matches.

Palestine and Saudi Arabia failed to capitalise on Jordan's defeat, after playing out a 1-1 draw.

Two matches were also held in Group D, with Algeria overcoming Lebanon 2-0 in the first contest of the day at the Al Janoub Stadium in Al Wakrah

Yacine Brahimi opened the scoring with a 68th-minute penalty.

Algeria's lead was put at risk when Houssem Mrezigue was sent off after receiving a second yellow card with 12 minutes to play.

Lebanon's man advantage was short-lived as Kassem El Zein was sent off for two bookable offences, leaving both teams with 10-men.

Tayeb Meziani sealed victory for Algeria with a composed finish in injury time, after being sent clean though on the Lebanon goal.

Algeria were assured of a place in the knock-out stage when Egypt brushed aside Sudan at Stadium 974 in Doha.

Ahmed Refaat, Zizo and El-Wensh scored first half goals as Egypt enjoyed a 3-0 lead at the interval.

Hussein Faisal and Mohamed Sherif added further gloss to the scoreline in the second half, with Egypt sealing a 5-0 win.

Algeria and Egypt will meet in the group match assured of a place in the knock-out stage, with their match set to determine the group winners.