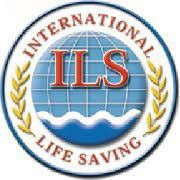 A full member of the Global Association of International Sports Federations (GAISF) has hit out at the "morally reprehensible" plan to disband the umbrella body and called on its counterparts to voice their opposition to the move.

The International Life Saving Federation (ILS) has written to all GAISF members to express its concern with the proposed dissolution of the organisation, exclusively revealed by insidethegames earlier this month.

ILS secretary general Harald Vervaecke criticised newly-elected GAISF President Ivo Ferriani for promising to work with members during his two years at the helm just days before the International Olympic Committee (IOC) Executive Board member revealed a motion to shut the body's doors would be on the agenda at its General Assembly in May.

"To read this official announcement of the intent to dissolve GAISF this way is anything but transparent and not in the spirit of working with GAISF members," Vervaecke wrote in the letter, seen by insidethegames.

"I am writing at this pivotal time in sport to throw-up a red-flag, as what is transpiring within our community is morally reprehensible.

"Our members need more than ever to have an autonomous platform like GAISF to represent their interests and not allow minority groups to control the majority.

"There is little doubt that anytime soon, the anticipated lobby calls from the minority groups will soon begin.

"I ask for your support in voicing your fierce opposition to this initiative, rooted in the ultimate consolidation of power, and as the timeless proverb states 'absolute power corrupts absolutely.'"

insidethegames understands a five-member taskforce has been created to begin the process to disband the organisation, which has already caused alarm among smaller sports bodies that form the bedrock of the GAISF.

It is likely to take a significant amount of time owing to the legal complexities in dissolving a Swiss entity and may not occur in 2022.

But it appears the days of the GAISF - first established in 1967 and whose identity, and influence, in the Olympic Movement have varied ever since - are numbered.

insidethegames understands the Association of IOC-Recognised International Sports Federations and the Alliance of Independent Recognised Members of Sport will remain and are set to be strengthened when the GAISF is disbanded.

"Unfortunately, good governance seems to be an empty phrase that is only used when beneficial to reach a goal with an ulterior motive," added Vervaecke.

"I would like to leave you with a thought, where the idea of the democratic principle remains: the majority decides for the greater good, not the minority at the expense of the majority.

"I am writing as our collective voice matters."