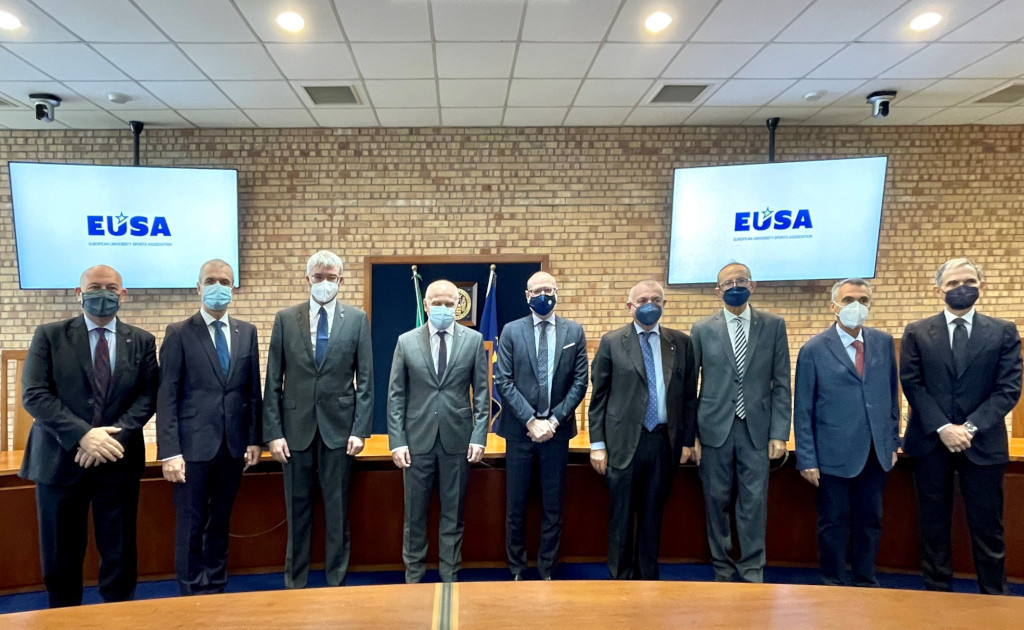 An inspection visit has been made to Salerno as the Italian city bids for the 2026 European Universities Games.

They visited the planned venues and accommodation for the Games in five years' time.

Vincenzo Loia, the rector of the University of Salerno, led the team which greeted the EUSA delegation.

Salerno lies only 50 kilometres to the south of Naples, which hosted the Summer Universiade in 2019.

The team at CUS were part of the organisation of the global event.

A bidding dossier for the 2026 Games will now be created before a further meeting at the EUSA headquarters in Ljubljana.

Lodz in Poland is due to host the next European Universities Games in 2022 after this year's edition in Belgrade was postponed due to COVID-19.

Serbia's capital could instead host in 2023.

Debrecen-Miskolc in Hungary is the host of the 2024 Games, with the event normally staged every two years.