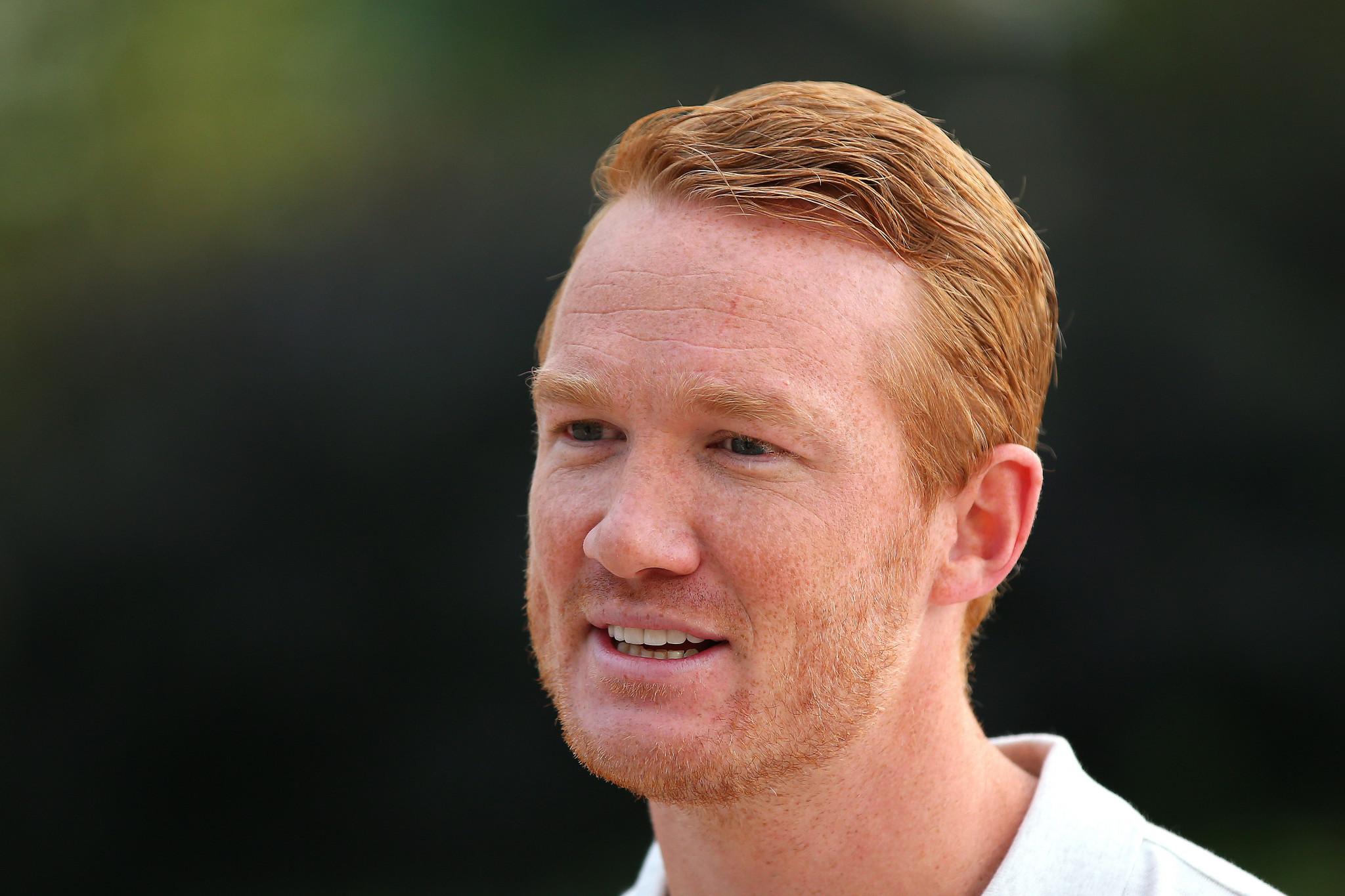 Olympic long jump gold medallist Greg Rutherford has taken to the ice for the first time after being named in Britain's bobsleigh squad.

The 34-year-old London 2012 champion only began training with the national team in April but was selected as a pusher for the four-man event in October.

He is now working towards the Beijing 2022 Winter Olympics and enjoyed his first descent of an ice track in Igls in Austria.

This was in preparation for the opening Bobsleigh World Cup of the season at the same venue this weekend - the first opportunity to earn Beijing 2022 qualification points.

To earn a space at Beijing 2022, Britain's four-man team, which is piloted by Lamin Deen, needs to record three top-12 finishes from the seven qualifying events.

Rutherford would become the first British athlete to win medals at both the Summer and Winter Olympics should he reach the podium in China.

"A massive day in my life and on this incredible bobsleigh journey," he said on Instagram.

"It's official, I can now call myself a bobsledder."

In 2018, Rutherford retired from athletics due to injury problems.

He also won Olympic bronze in the long jump at Rio 2016 and has a "full set" of major titles after bagging world, European and Commonwealth golds during his career.

A number of track and field athletes have made the switch to bobsleigh, including American Lauryn Williams, who has won medals at both the Summer and Winter Olympics.

After switching to the ice, she clinched a two-woman bobsleigh silver at Sochi 2014.

Eddie Eagan and Gillis Grafström are the only two athletes to have clinched gold at both the Summer and Winter Games.

Eagan competed in boxing and bobsleigh, while figure skater Grafström benefited from his sport featuring on the programme of both the Summer and Winter Olympics.

The Yanqing National Sliding Centre has been hit with controversy this month after Polish luger Mateusz Sochowicz suffered a fractured kneecap in a training crash.

Officials have promised greater safety measures after Sochowicz alleged the track team had "showed great incompetence" in responding to the accident.