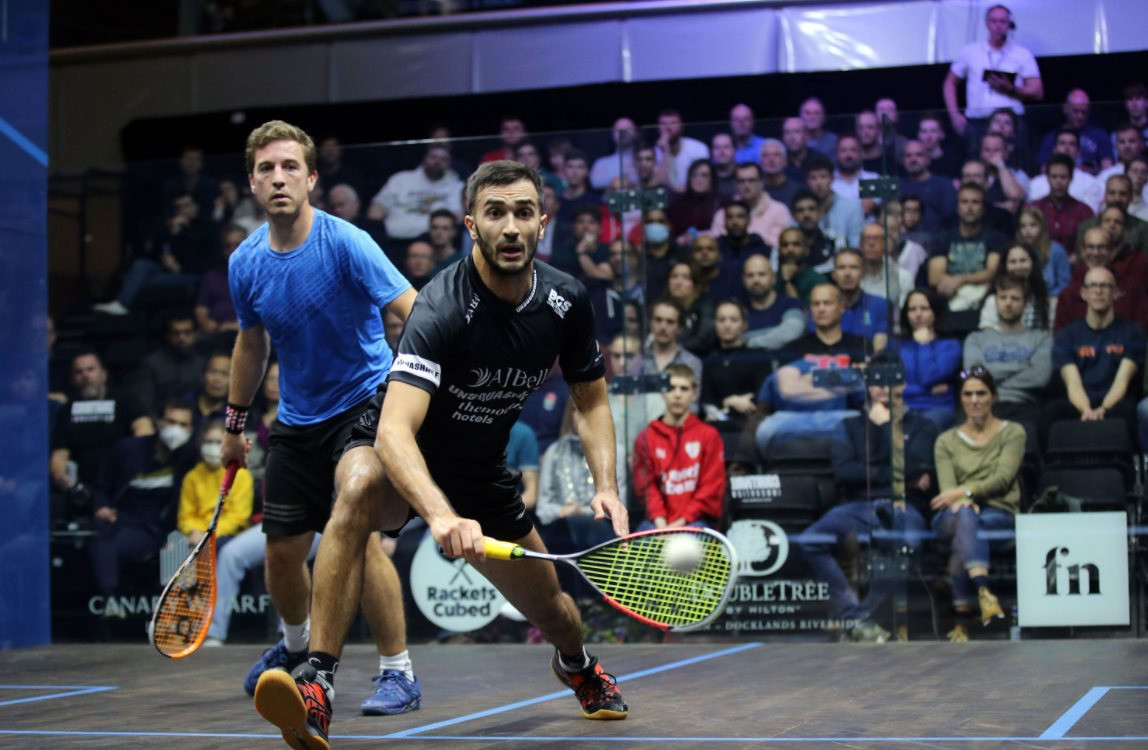 Spanish player Iker Pajares Bernabeu won in straight games to set up a second round clash with number one seed Ali Farag of Egypt on the opening day of competition at the Professional Squash Association (PSA) Canary Wharf Classic in London.

He defeated Mathieu Castagnet 11-6, 11-7 to progress to tomorrow's game.

Youssef Soliman of Egypt is also into round two and is due to face New Zealand second seed Paul Coll after beating Borja Golan of Spain 11-7, 7-11, 11-9.

Declan James of England is through too having come from a set down to beat Raphael Kandra of Germany 7-11, 12-10, 11-3 and now faces Colombian seventh seed Miguel Rodriguez.

Finally, eighth seed Gregoire Marche of France is to face unseeded James Willstrop in the next round, after the Englishman defeated Mohamed Abouelghar of Egypt 11-6. 11-8.