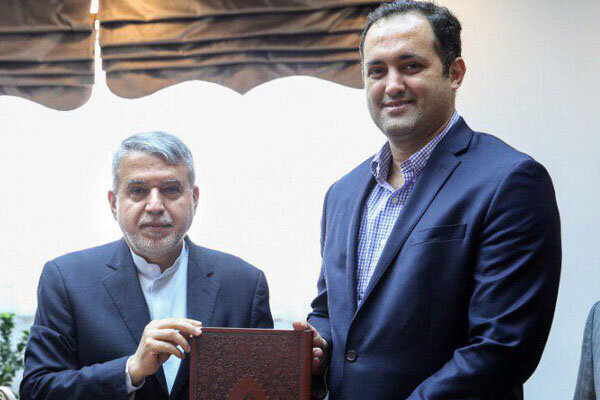 The National Olympic Committee of the Islamic Republic of Iran (NOCIR) has confirmed Peyman Fakhri as the organisation’s Chef de Mission for the Hangzhou 2022 Asian Games.

Fakhri was last year given the role for the 2020 Asian Beach Games in Sanya, which has suffered a series of postponements due to the COVID-19 pandemic.

Fakhri has served as head coach of Iran's fencing squad and secretary general of the country's fencing federation.

The official is director of the NOCIR national teams’ monitoring centre.

The NOCIR confirmed Fakhri’s appointment for Hangzhou 2022 at the organisation’s Executive Board meeting.

He was the deputy Chef de Mission of the Iranian squad at the rescheduled Tokyo 2020 Olympic Games earlier this year.

Fakhri was the Chef de Mission for Iran at the inaugural Association of National Olympic Committees (ANOC) World Beach Games in Qatar in 2019.

Hangzhou 2022 is scheduled to take place from September 10 to 25 next year.

A total of 40 sports are included on the programme for the Games, featuring 61 disciplines and 482 events.

Hangzhou 2022 will be the 19th edition of the continental event.

Iran were represented by 378 athletes at the Games.