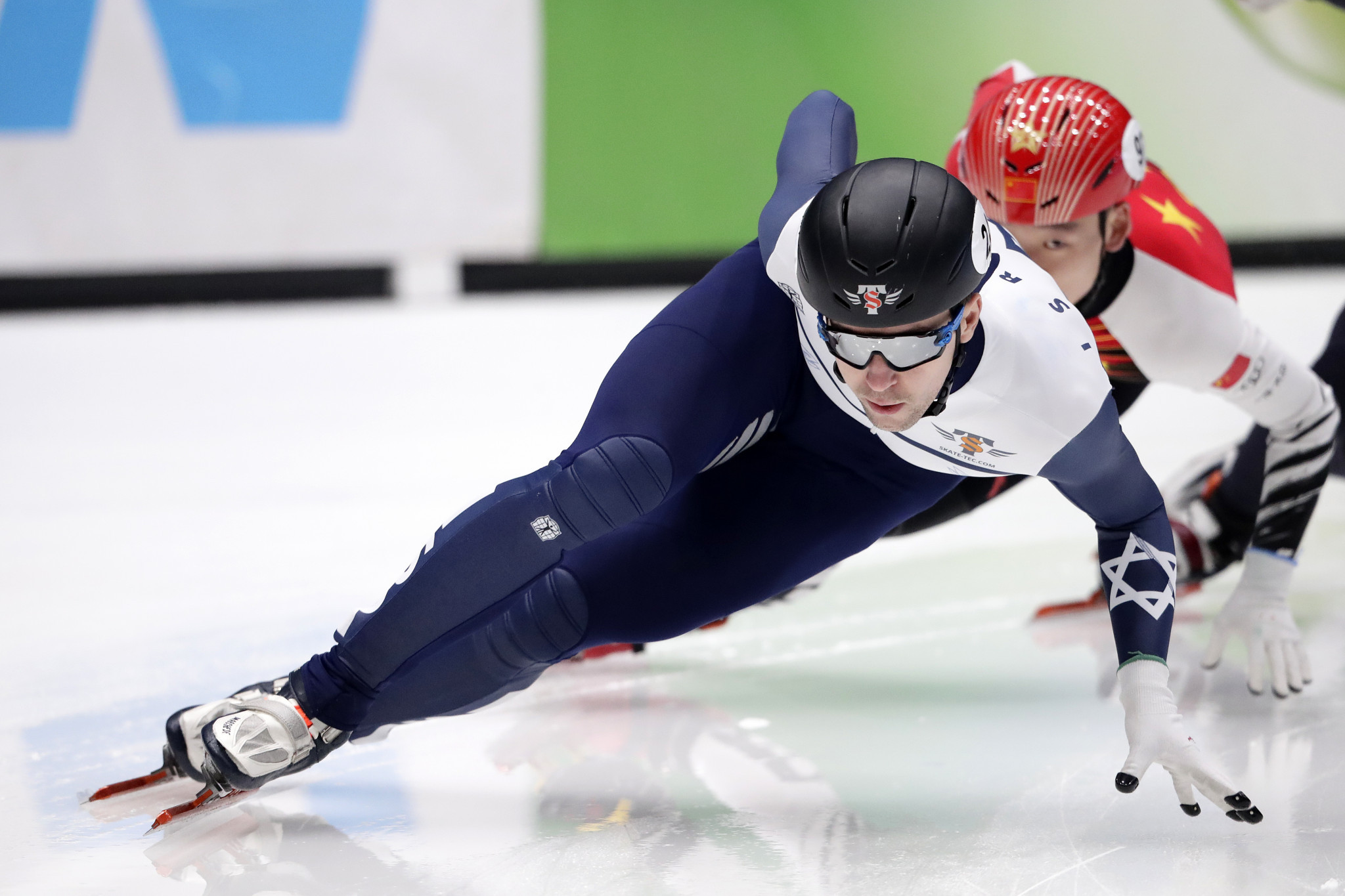 Vladislav Bykanov produced a series of stunning performances at the International Skating Union (ISU) Short Track Speed Skating World Cup in Nagoya in Japan as he secured his place in the semi-finals of the men's 1500 metres event.

The Israeli led from start to finish in heat five of the 1500m to finish in pole position after 2min 16.379sec.

A photo finish was required to determine who would claim second place and a direct qualification into the semi-finals.

Bykanov did not fare quite as well in the 500m, finishing bottom of his heat in 42.818 seconds.

Canadian Steven Dubois powered into the quarter-finals after crossing the finish line in 40.967.

He will meet World Cup leader Sandor Shaolin Liu of Hungary in his heat in what is set to be a thrilling contest.

In the women's 1500m, South Korea's Kim Ji-yoo led the way with a time of 2:23.634 in heat two while her compatriot Lee Yu-bin, who won the season's first World Cup event in Beijing, awaits her in the final semi-final heat after progressing in 2:40.502.

It was Canadian Kim Boutin, however, that recorded the fastest time of the round in 43.211 to go into the second quarter-final heat as the hot favourite.

The Dutch outfit, led by Schulting, won gold in the women's 3000m relay earlier in the year at the World Short Track Speed Skating Championships.

Schulting also won gold in the three individual events at the competition in Dordrecht.