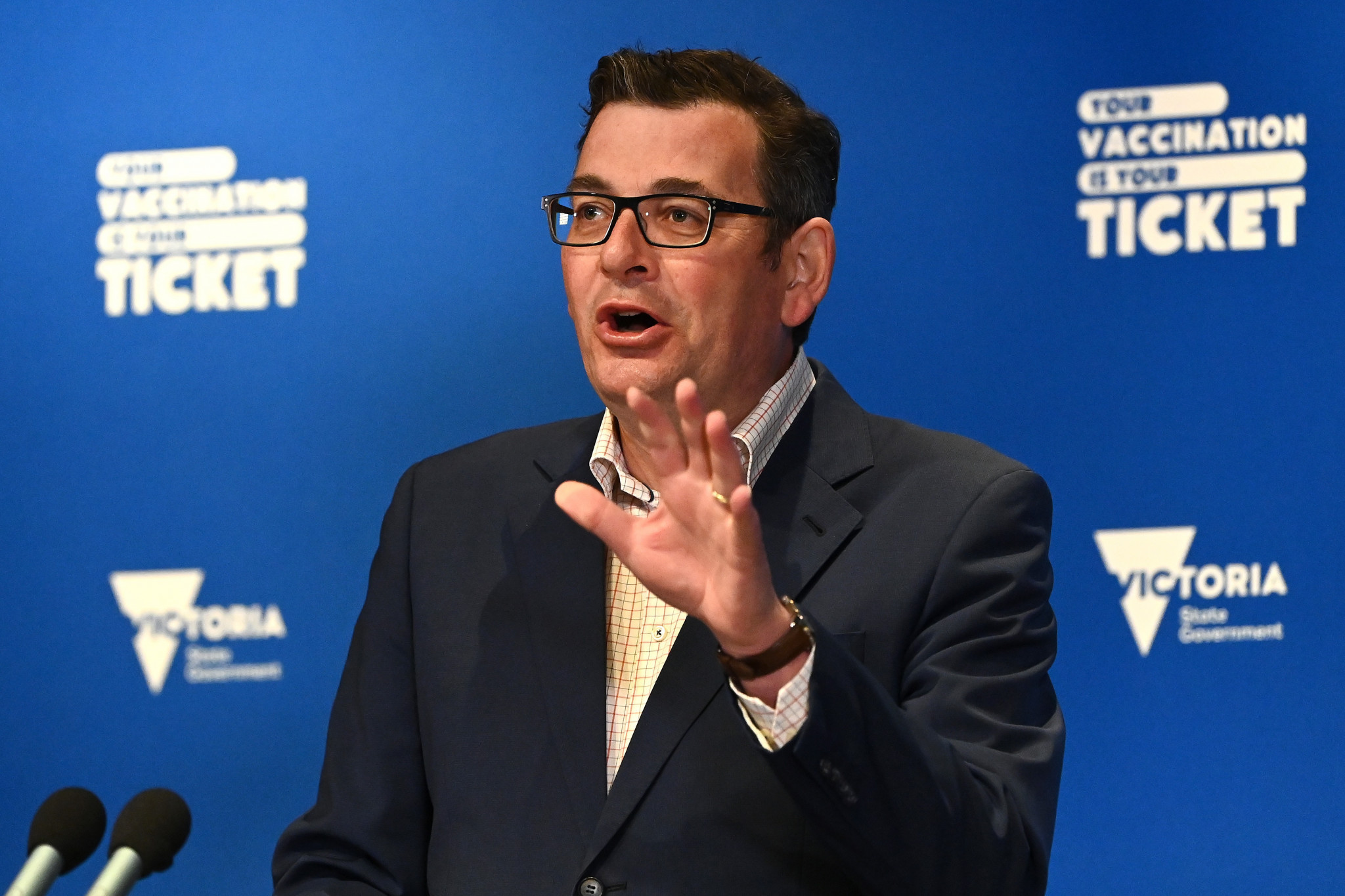 Victoria Premier Daniel Andrews has slammed the door on unvaccinated players looking to travel to Melbourne to compete at next year’s Australian Open - despite Prime Minister Scott Morrison saying they would be able to enter the country.

The first tennis Grand Slam of 2022, scheduled to be held from January 17 to 30, has been thrown into turmoil after Andrews rejected Morrison’s claims that players who have not been fully inoculated against COVID-19 would receive exemptions.

Morrison said unvaccinated players would be able to compete at the Australian Open providing they underwent a 14-day quarantine and Victoria applied for permits for them.

"They'll have to quarantine for two weeks, just in the same way a skilled worker who has come in to fix a boiler … or something like that, they can get exemptions to do that," said Morrison.

"We've been providing exemptions for workers to come in to do these types of things all the way through the pandemic."

"On behalf of every vaccinated Victorian who has done the right thing, my Government will not be applying for an exemption for any unvaccinated player," said Andrews.

"If we don’t apply for an exemption, then no exemption will be granted and then the whole issue is basically resolved."

Morrison’s statement also contradicted the view of Australian Immigration Minister Alex Hawke who last week said the COVID-19 vaccine mandate applied to all visitors to the nation, with no exception made for players looking to compete at Melbourne Park.

"Again, I was perfectly supportive of Minister Hawke's view, which I took to be the view of the Federal Government and it appears that is not the case," added Andrews.

"I am not intending to control the borders, we do not … We will host the event but we will not be applying for an exemption for unvaccinated players to come here. And that is the only fair thing to do. We have all achieved amazing things."

Andrews’ position looks set to be a blow to Australian Open organisers after recent figures reportedly found that more than a third of players on the men's and women's tour are not double jabbed.

The Association of Tennis Professionals told Australian newspaper The Age that just 35 per cent of players were fully vaccinated, while the Women's Tennis Association revealed the figure stood at 40 per cent as of the start of last week.

There are also doubts over whether world number one Novak Djokovic will be able to compete in Australia.

The 34-year-old Serbian, who is seeking a record 21st Grand Slam men's singles title and 10th Australian Open crown, is opposed to mandatory COVID-19 vaccines and refuses to reveal his inoculation status.

Earlier this week, a leaked email from the Women’s Tennis Association (WTA) Player Council, claimed players who had not been fully vaccinated against coronavirus would be allowed to travel to Australia but would need to undergo two weeks of "hard quarantine".

It also revealed that players who had received two doses of a COVID-19 vaccine would not be required to isolate upon arrival and would have "complete freedom of movement" during their stay in Melbourne. Players were asked to "keep this information confidential until the Government makes an official announcement."

The WTA Player Council said it had been "communicating regularly" with Tennis Australia over conditions facing players but was told to "wait a few days before speaking about it as they were still working with the Government on the details".

"Because Victoria’s vaccination rate will hit 80 per cent at the end of the week and 90 per cent next month, it has been confirmed that conditions for players at the Australian Open will improve significantly," the email reads.