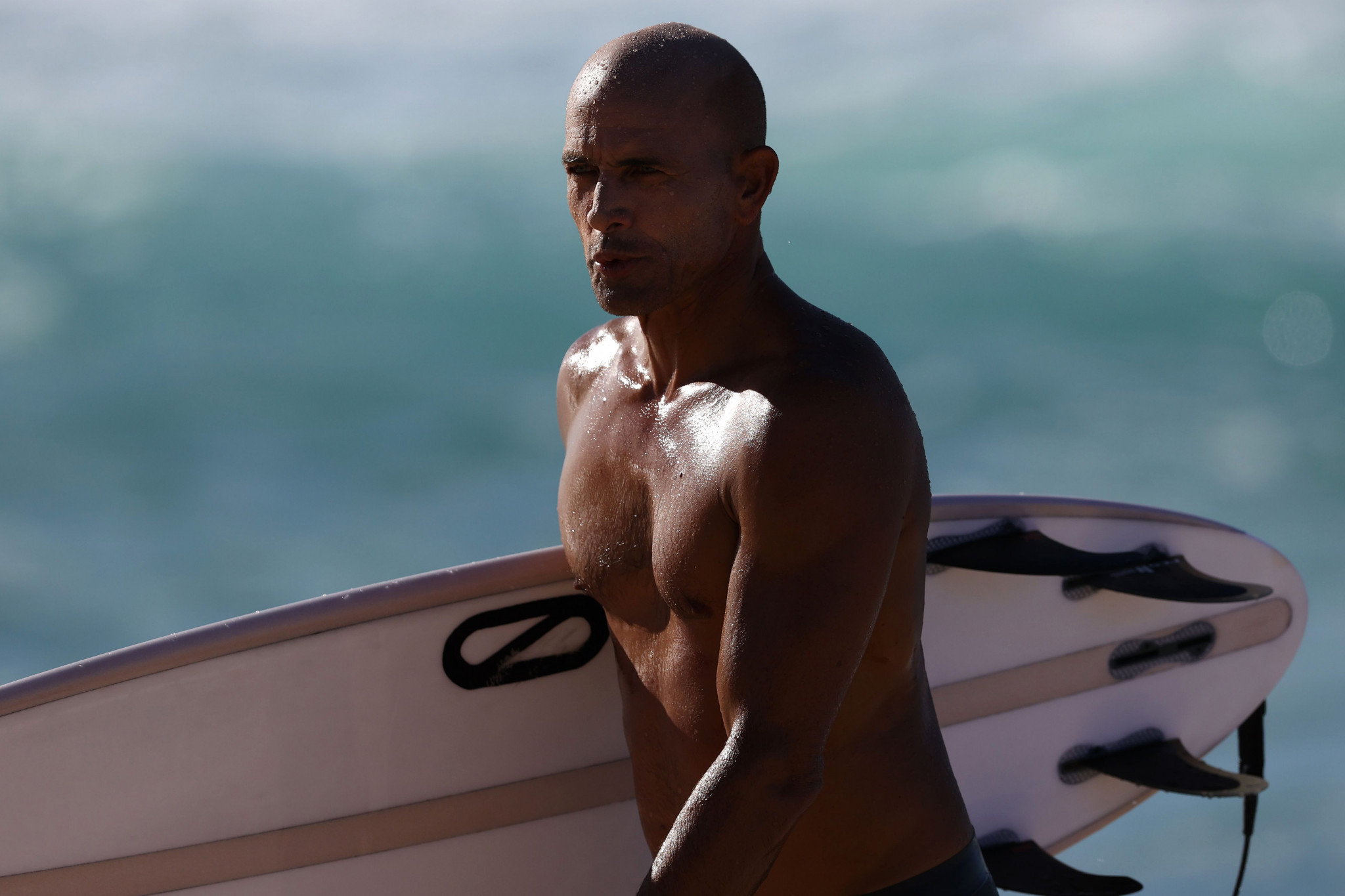 Kelly Slater, an 11-time champion of what is now the World Surf League, has come under fire for expressing scepticism over the effectiveness of COVID-19 vaccines.

Slater claimed to know "more about being healthy" than the majority of doctors and that "most of my covid [sic] info comes directly from doctor friends, many of them in disagreement with the official 'science'" and defending people who drive without wearing a seatbelt.

The American surfing legend got into in a debate with Australian ironman surf champion Matt Poole on Instagram after airing his opinion against the inoculations on a post urging people to receive them.

Poole weighed in with an analogy.

"The next time I head down to surfers I’m going to jump in the rip because 'freedom of choice'," Poole wrote in a comment that tagged in fellow Australian ironman athlete Trevor Hendy.

"Trev you understand that - you just said you can’t dictate to me what is or isn’t potentially dangerous.

"It’s no issue for me, but as soon as I start telling others there is no danger in the rip, they’ll jump in too, and tell their mates and before you know it, there is a 100 of us in there.

"But Trev - that’s our choice.

"Now some of the 100 get in trouble, and lifesavers come to save them… putting those lifesavers in danger as well.

"Now 50 are drowning and the lifesavers are overrun and can’t save them all or themselves…. But that was our choice.

"It’s not freedom of choice if it impacts others - it’s about helping others."

Slater responded, disagreeing with Poole by stating that coronavirus is "clearly a disease of obese, unhealthy, and elderly" and insisting he should be allowed not to be jabbed if that is his wish.

"@matt_poole1 let me explain why your analogy makes no sense," Slater wrote.

"If I know the risks (informed consent) and I judge the choice to be one that benefits/hurts me based on stats and info and my own ability (health), I can choose accordingly.

"If something happens to me it’s on me, not someone else.

"Your argument is a false equivalence.

"If 99.7% of all people would be fine with no lifeguard while in that rip and they’re given all the possibilities, most could swim the most dangerous part of that beach without risking drowning.

"And plenty of people drive without seatbelts.

"We can agree that’s statistically not a great thing at speed but it’s still your choice, not mine.

"And my seatbelt (like the gene therapy) doesn’t save you so that’s another fallacy.

"This is clearly a disease of obese, unhealthy, and elderly if you study the official statistics.

"And for people saying listen to the doctors, I’m positive I know more about being healthy than 99% of doctors, but I wouldn’t trust me.

"But most of my covid info comes directly from doctor friends, many of them in disagreement with the official 'science'."

In August, Slater made headlines for speaking out about coronavirus vaccinations but insisted he was not anti-vaccines, just did not with to receive one for COVID-19.