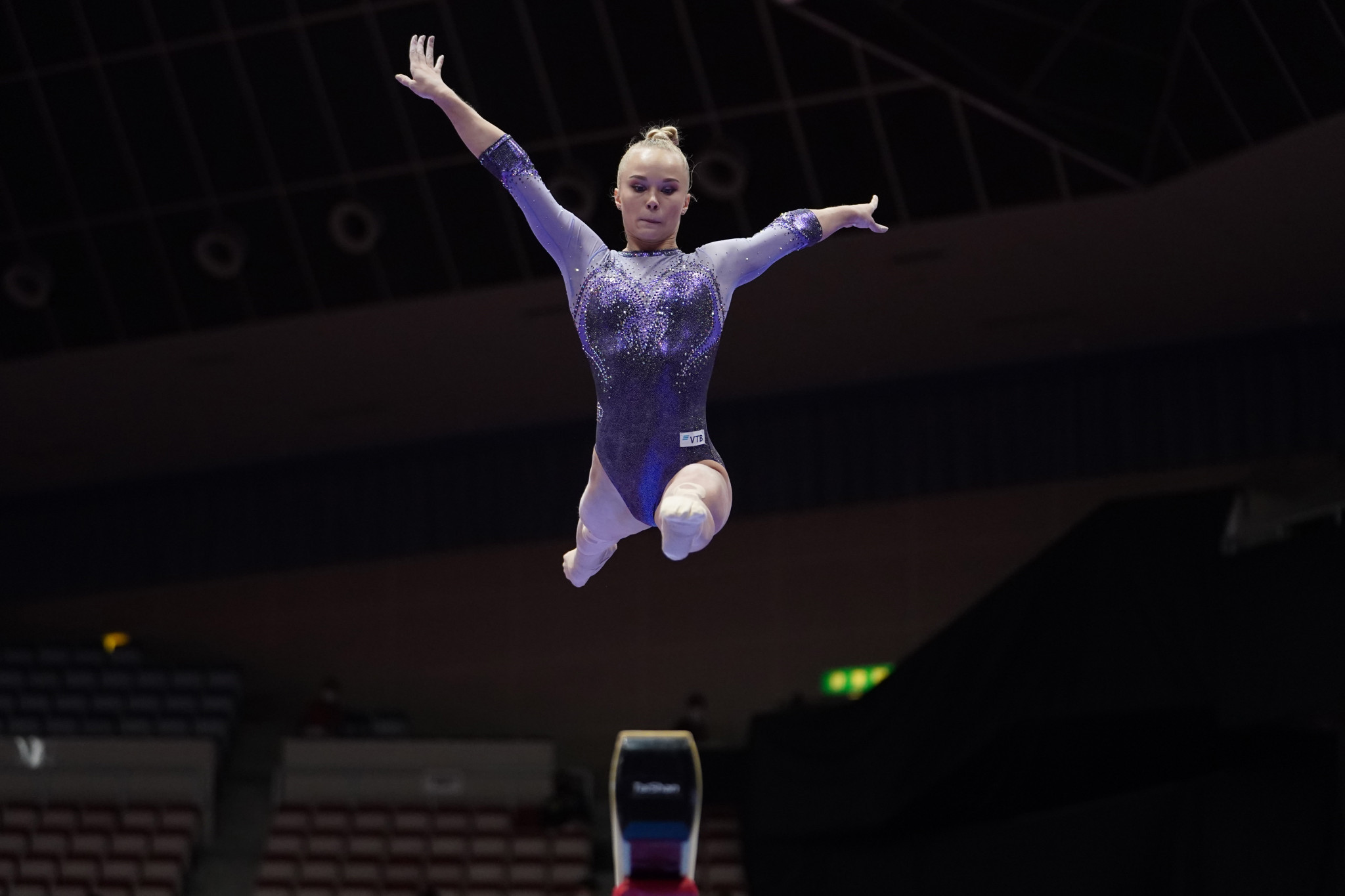 Leanne Wong of the United States led the way after scoring 55.749 points at Kitakyushu General Gymnasium in the Japanese city yesterday.

But Melnikova of the Russian Gymnastics Federation overtook the American after notching 57.065 in the four disciplines as the final three subdivisions were completed.

Kayla DiCello of the US posted the third best all-around score in qualifying with 55.700.

Brazil's Rebeca Andrade, the Olympic silver medallist, elected to not do the all-around this week but posted the top qualifying scores in vault with 14.800 and uneven bars with 15.100.

None of the six women who represented the US at the Tokyo 2020 Olympic Games are in Kitakyushu.

Leaders after Men's Subdivision 2️⃣ of 6️⃣ in qualifying at #Kitakyushu2021:

Suni Lee, the defending Olympic champion, is competing on "Dancing With the Stars", while five-time world all-around champion Simone Biles and the other 2020 US Olympians are taking part in a national tour.

Men’s qualification is also underway in Kitakyushu with China’s Zhang Boheng taking the early lead after the first two of six subdivisions.

Zhang tops the standings with 87.897 thanks to an impressive score of 15.300 in parallel bars.

Nazar Chepurnyi of Ukraine produced the best vault of the day with 14.833, while compatriot Illia Kovtun impressed in the floor exercise, scoring 14.333.