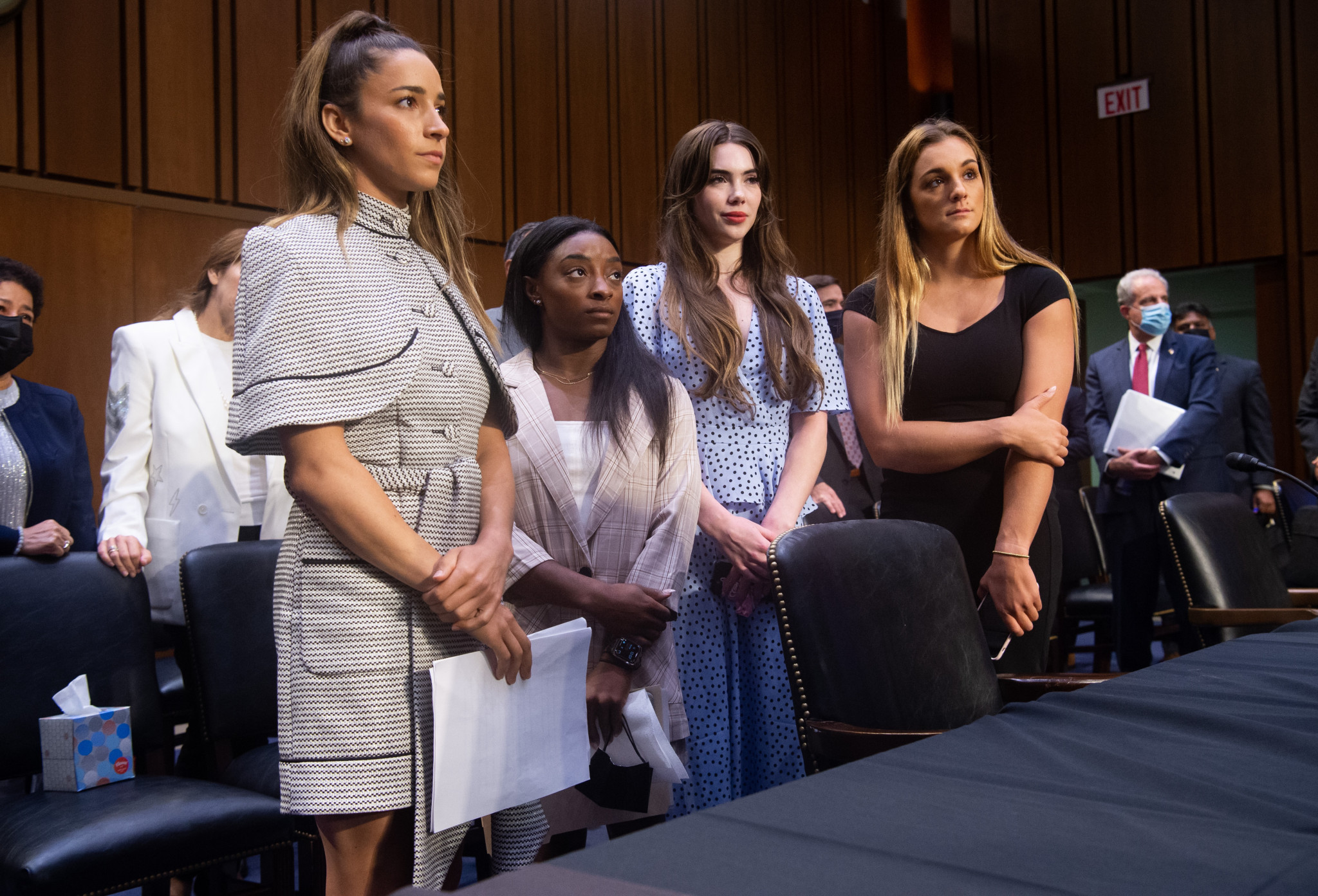 Four American star gymnasts who experienced abuse at the hands of disgraced doctor Larry Nassar have called for the United States Olympic and Paralympic Committee (USOPC) Board of Directors to be dissolved over its handling of the case.

Olympic gold medallists Simone Biles, McKayla Maroney and Aly Raisman and world champion Maggie Nichols have issued a letter to the US Congress, alleging the governing body’s "top priority" was to "hide the culpability and avoid accountability".

The athletes claim the Board of Directors "took no investigative action whatsoever after learning that Nassar was an abuser".

"We make this request after years of patience, deliberation, and unrequited commitment to learn from our suffering and make amateur sports safe for future generations," the group wrote.

"We believe the Board's past actions demonstrate an unwillingness to confront the epidemic problems with abuse that athletes like us have faced and a continued refusal to pursue true and necessary reform of the broken Olympic system."

The letter was addressed to Senators Richard Blumenthal and Jerry Moran in a bid to replace the entire USOPC Board.

In August 2020, the US Senate unanimously passed the Empowering Olympic and Amateur Athletes Act, introduced by Moran and Blumenthal, following an 18-month investigation into systemic abuse within the US Olympic Movement in the wake of the Nassar scandal.

The bill gives the Congress the right and means to dissolve the USOPC Board of Directors if it finds that it is failing to fulfil its purposes as described in the Amateur Sports Act of 1978.

"We believe it is time for Congress to exercise its authority over the organization it created by replacing the entire USOPC board with leadership willing and able to do what should have been done long ago: Responsibly investigate the systemic problem of sexual abuse within Olympic organizations - including the USOPC - and all efforts to conceal it," Biles, Maroney, Nichols and Raisman wrote in their letter.

According to a report by ABC News, Blumenthal responded to the letter where he said the Congress should "develop procedures to appoint a new Board before dissolving the old one".

He said it must be approved by the House and Senate before being signed by US President Joe Biden.

"We're grateful to these athletes for their continued demand for justice and accountability - a goal we share," Blumenthal said in a statement.

"We look forward to continuing our work together to ensure that USOPC is held responsible for past failures."

The under-fire USOPC has defended its handling of the case in a statement issued to Reuters, claiming it had implemented the most sweeping governance reforms in nearly two decades" and was "fully committed to addressing sexual abuse at every level of sport".

"The letter addressed to Congress underscores their concern, and we recognize the bravery of the athlete survivors who continue to bring these issues forward," a statement from the USOPC read.

"The letter references issues that USOPC has been addressing for more than two years – and the work we continue to do every day."

Last month, Biles, Maroney, Nichols and Raisman, who have all won medals for the United States at either the World Championships or the Olympic Games, gave testimony at a Senate Judiciary Committee hearing, where they criticised the Federal Bureau of Investigation's (FBI) botched inquiry into the sexual abuse committed by Nassar.

The USOPC and USA Gymnastics also came under fire for their shortcomings.

The US Department of Justice last week agreed to launch a new probe into the FBI's failure to properly investigate the abuse they faced under Nassar.

Nassar is thought to have abused at least 499 people during his time at USA Gymnastics, where he was the team doctor on the women's national team for 18 years, as well as in other positions at Michigan State University and Holt High School.

He was sentenced to 60 years in federal prison in December 2017 for child pornography and tampering with evidence charges, was given an additional 40 to 175 years in Michigan State prison after pleading guilty to seven counts of sexual assault of minors in January 2018, and given a sentence of 40 to 125 years for an additional three counts of sexual assault the following month.

Following the sentencing, USA Gymnastics' Board of Directors all resigned after a demand from the USOPC to avoid being decertified as the national governing body.