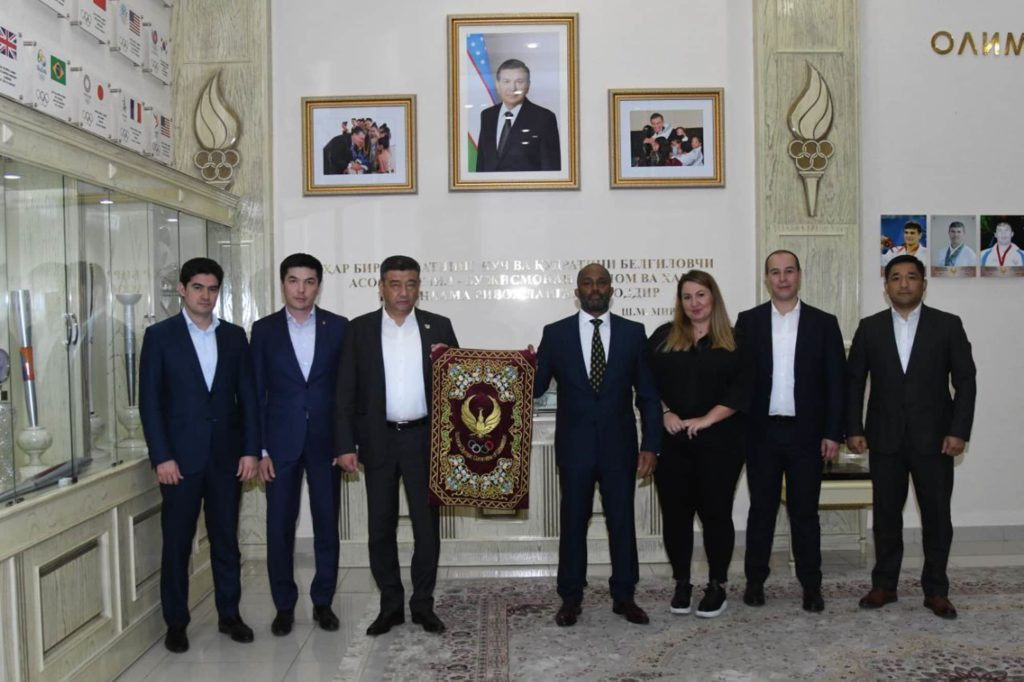 During the visit, Brown met with Uzbekistan MMA Association (UMMAA) representatives to discuss opportunities to host future IMMAF events in the country.

The CAMMAC - organised by the UMMAA - was held in the city of Nukus and featured athletes from Kazakhstan, Tajikistan, Azerbaijan and the host nation.

"Unfortunately, Karakalpakstan has not yet been spoiled by the holding of international tournaments, and this situation needs to be corrected," said Central Asian MMA Confederation President Otabek Umarov, per UZ Daily.

"CAMMAC 2021 is just the first step in this direction, but it turned out bright and confident.

"The arrival of the President of the International MMA Federation Kerrith Brown to the championship means a lot both for us and for the fans - it immediately raised the status and prestige of the competition, inspired coaches and fighters.

"I sincerely congratulate the Uzbek athletes on the first place in the team competition, but I want to note that absolutely all countries demonstrate powerful progress in preparation, which directly affected the spectacularity of the fights."

A total of 54 fighters took to the Manezh Sports Complex in Karakalpakstan to compete.