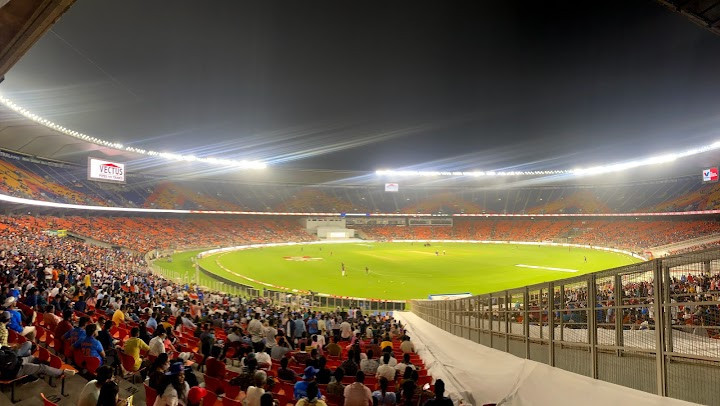 Indian Olympic Association (IOA) President Narinder Batra has revealed that the country is looking at a multi-centre bid to host the 2036 Olympic and Paralympic Games after disclosing that Ahmedabad would be his choice to host the Opening Ceremony.

Batra claimed that the country has already opened a dialogue with the International Olympic Committee (IOC) about hosting the Games.

"Olympic Games can be hosted in three or four cities in India, and the IOA is in talks with the IOC about India's possible bid for 2036," Batra, a member of the IOC, told the Press Trust of India (PTI).

"Being the President of IOA, my discussions with the IOC happen on the subject... 2036 Olympics will be finalised in two-three years, and we are currently discussing with IOC."

Batra did not reveal which cities were under consideration but has already identified Ahmedabad as a key venue if the campaign is to be successful under the IOC’s new rules.

The IOC has scrapped the traditional bid process in favour of a more targeted approach with selected countries.

"Right now, if someone asks me about the venue for the Olympics Opening Ceremony, it is definitely going to be the Motera Stadium in Ahmedabad," Batra said during a visit to the city.

The Motera Stadium, officially called the Narendra Modi Stadium, is the largest arena in the world with a seating capacity of 132,000 spectators after being rebuilt and completed in February 2020.

"There is no better stadium better suited to hosting the Opening Ceremony of the Olympics in India," Batra said.

"But I will be proposing Ahmedabad as the venue for the Opening Ceremony."

Batra also revealed that Motera Stadium, which is located in Gujarat in India’s fifth-most populous city, would host the athletics during the Olympics.

"When you say Opening Ceremony, it means athletics will also be held at the Motera venue," Batra told PTI.

"And athletics is the biggest event.

"You have to show them [the IOC] three-four centres, because now you can do it at multiple places, then you will show them the venues, new as well as the existing, and what are their legacy use.

"Motera Stadium has a legacy."

Recently, the Ahmedabad Urban Development Authority invited proposals from consultants to conduct a "gap analysis" to assess if the infrastructure in the city was adequate to host an Olympics.

Batra claimed that the chances of India hosting the Olympics in 2036 were "bright" but admitted the nation faced tough competition with Doha in Qatar and Jakarta in Indonesia among other Asian cities having already expressed an interest.

Russia is also preparing a bid, while Istanbul in Turkey is expected to renew its decades-long quest to be awarded the Olympics.

Berlin and London are other European cities which have been mentioned as possible candidates.

India, with a population of 1.38 billion, is the largest country never to have hosted the Olympic Games.

"India has come on the world radar and is heading towards becoming the third largest economy in the world," Batra told PTI.