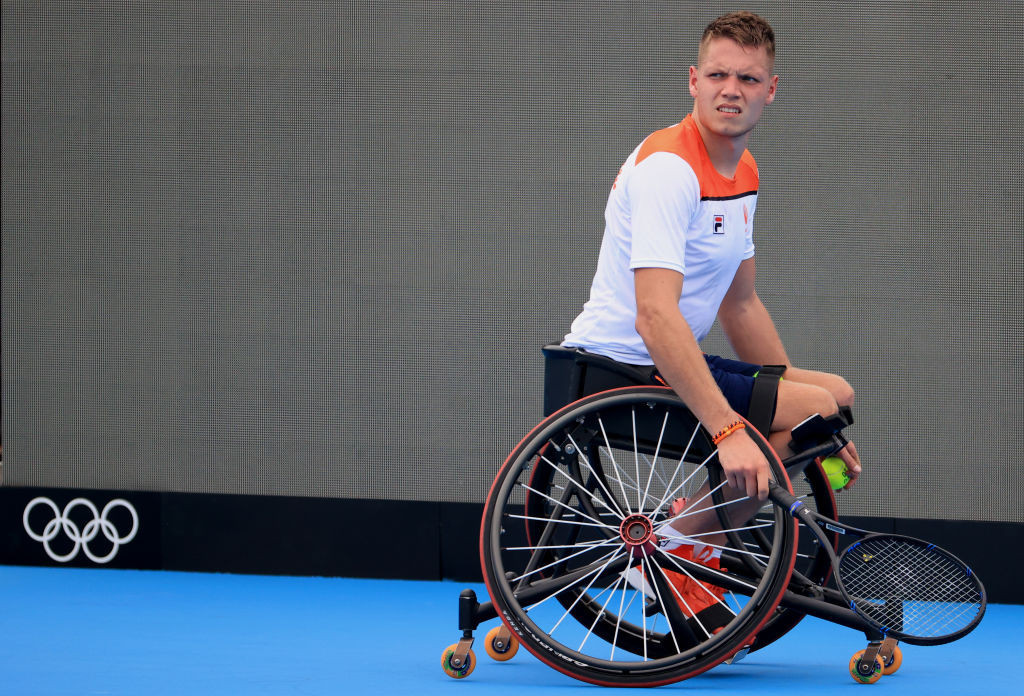 The Netherlands will have the chance to sweep the senior titles at the Wheelchair Tennis World Team Cup after reaching the men's final in Sardinia.

A 2-0 win over France in the semi-final saw the Dutch pair follow their women's and quad teams in progressing to the final at the Italian venue.

The Dutch duo will take on Spain for the trophy after they overcame Argentina 2-1 in the other tie in the last four.

Ruben Spaargaren moved his team to the brink of the final by defeating Frédéric Cattanéo 6-2, 6-2 in the opening rubber.

Their place in the tournament's showpiece match was sealed by Tom Egberink, who overcame Nicolas Peifer 6-7, 7-5, 6-1.

Daniel Caverzaschi got Spain off to a resounding start in their clash with Argentina, thrashing Ezequiel Casco 6-0, 6-0.

Argentina hit back and forced the tie into the deciding doubles rubber when Gustavo Fernandez saw off Martin De La Puente 6-3, 6-1.

The two Spaniards combined to win the doubles on a champions tie-break, recording a 4-6, 6-1, 10-7 victory over Fernandez and Agustin Ledesma to secure a spot in the final.