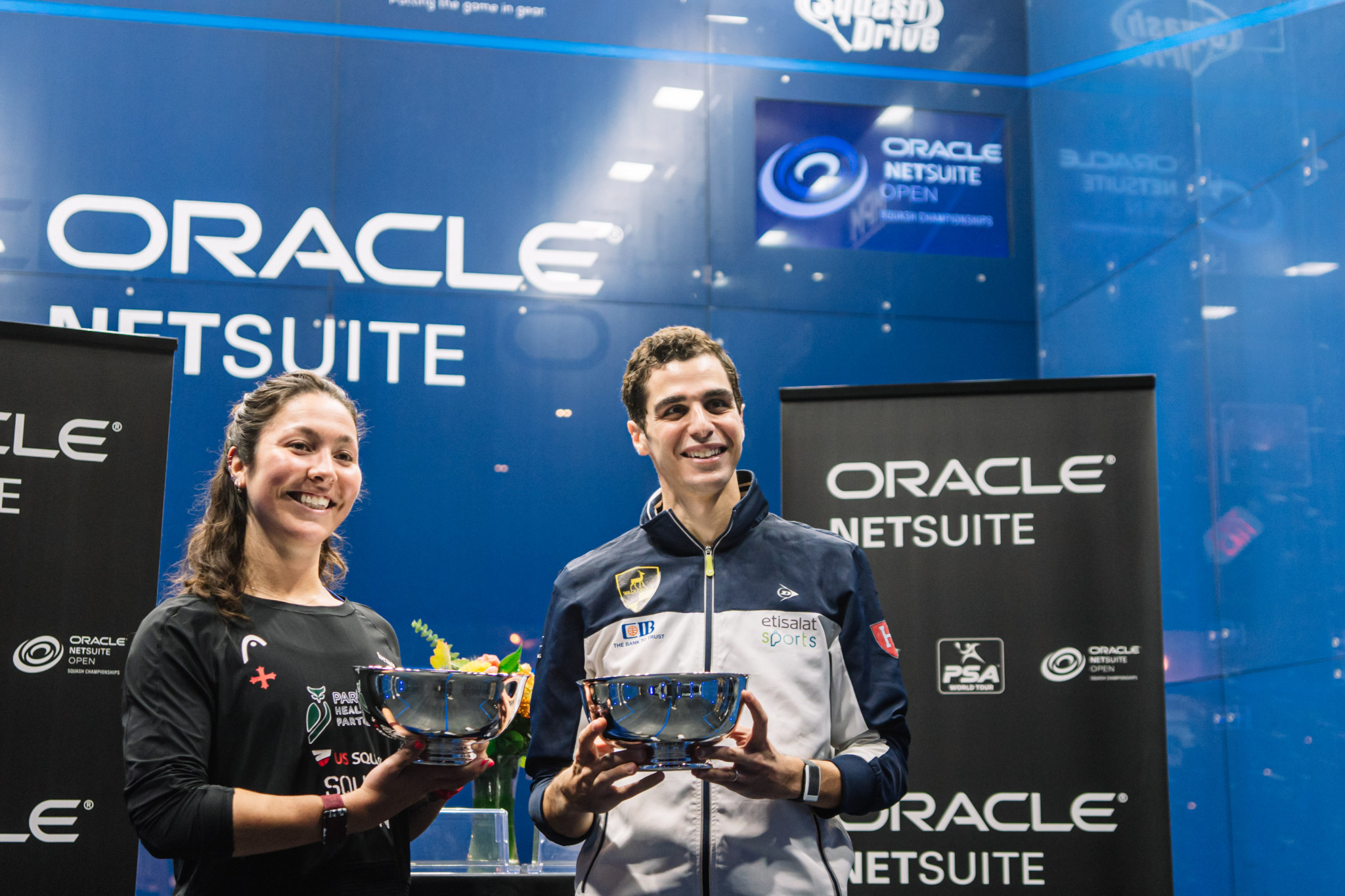 The men's world number one Ali Farag has won the Oracle Netsuite Open in San Francisco, while American Amanda Sobhy earned a victory on home soil in the women's competition.

Egyptian Farag was seeded second at this tournament, and faced the world number three Paul Coll of New Zealand.

Coll has recently moved up to third in the world rankings, and beat Farag at last month's British Open final.

However, Farag had beaten Coll en route to winning the Egyptian Open earlier this month, and came up with a repeat victory by three games to one in a thrilling contest.

It was the New Zealander who took the first game after winning the final three points to triumph 11-9, but the world number one hit back and claimed the second 12-10 on a tiebreak.

Successive 11-8 wins then allowed Farag to win his third PSA World Tour title in as many months.

"I prefer the best-of-five for sure, it suits my game and I think Paul would agree with that," Farag commented afterwards.

"We are not the flashiest of players who go for attacking shots, but I think we both did pretty well this week to adapt.

"Both of us have struggled in the World Tour Finals in past years because of the best-of-three, but I think this week we showed we are improving.

"As he said, it is always enjoyable to be part of a match with Paul.

"You know it will be played with fighting spirit, picking all the balls up, I don’t know where he gets them from."

The women's tournament saw Sobhy win her first PSA World Tour event of the year, and she did so without dropping a game after a 3-0 win against Egypt's Salma Hany.

The world number nine Hany had a terrific run to the final, upsetting her compatriot and world number two Nouran Gohar and New Zealand's fifth seed Joelle King along the way.

However, Hany has yet to beat Sobhy in five meetings on the PSA World Tour, and her opponent again proved too strong, roared on by a home crowd.

She took the first game 11-7, and put herself firmly in control with an 11-8 win in the second.

A comfortable 11-4 win in the third saw Sobhy clinch the biggest triumph of her career to date.

"There is literally steam coming off of my forehead," Sobhy said.

"I am speechless, honestly.

"I haven’t won a major title before and if I cry, it has been an emotional week!

"It has been a long year, I am a bit frazzled so for me to win is extra special.

🎙 "What a final between these guys!"

This is the moment that World No.1 @AliFarag took the title at the @ONOSquash 👏#ONSO21 pic.twitter.com/ZpOD5DPU25

"Those close to me knew the state I was in last week so I have to thank my support system this past week.

"It really means a lot.

"I’ll wrap it up soon, but to come back after winning it [the Oracle NetSuite Open] in 2015, and now to win it at a Gold level, it really means a lot, and to do it on home soil is massive.

"I thank you all for being here in the cold and the rain and for supporting me all week.

"I was a little bit edgy, I tried not to think it was a final.

"We were both vying for our first major title, and so the nerves came.

"I felt a bit tense, but I tried to be as aggressive as possible.

"We had one massive rally in the third and I definitely felt that after a week of short matches!

"I am very pleased to have won in three!"

The next tournament on the PSA World Tour will be the US Open in Philadelphia from October 1 to 6.