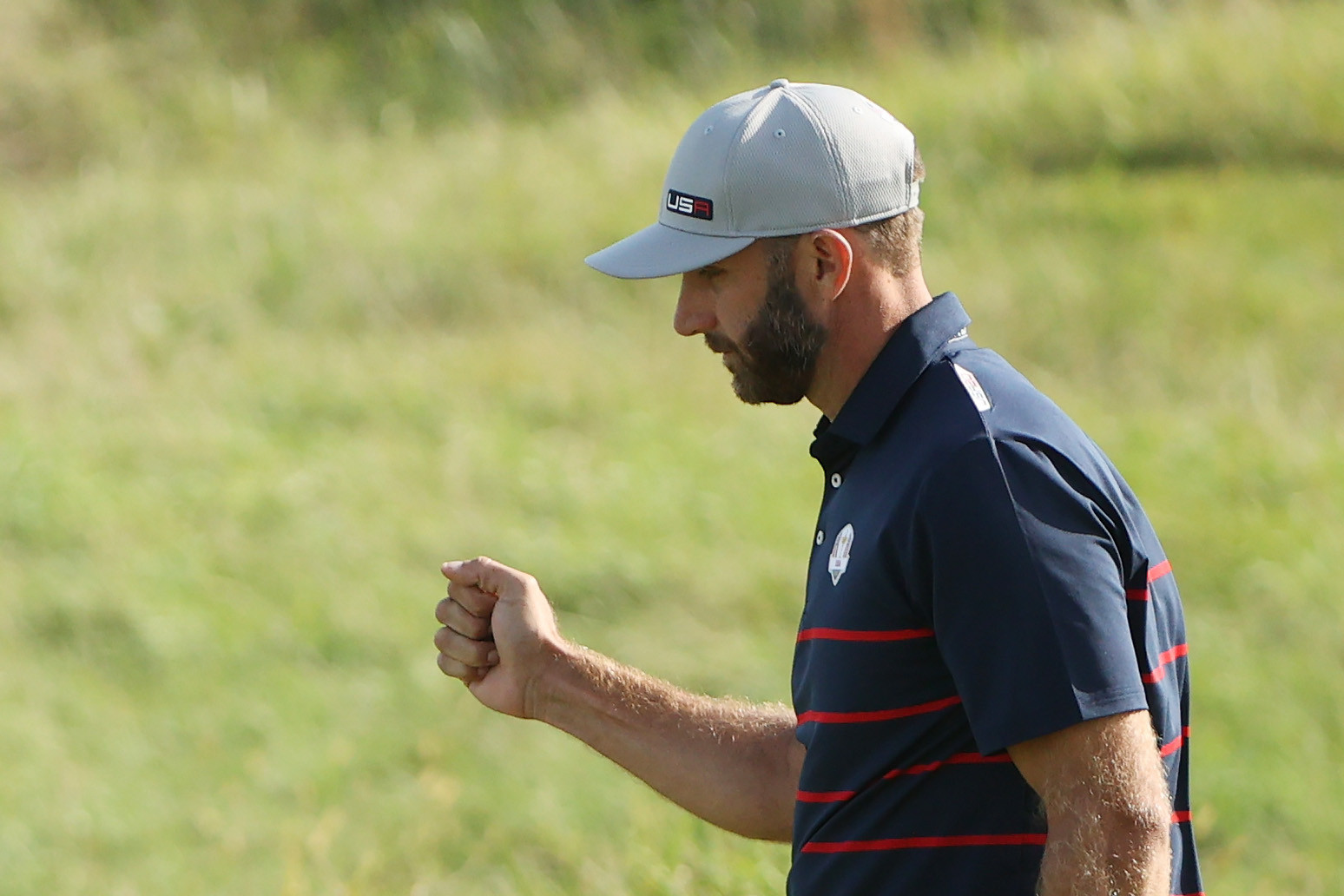 Team USA will take a deserved lead into day two of the Ryder Cup after a dominant display throughout the opening day of action at Whistling Straits on the shores of Lake Michigan in Wisconsin.

The Americans established their lead early in the action, winning three of the first four foursomes in the morning session, forging a 3-1 lead.

Dustin Johnson - who was at his swashbuckling best throughout the day - and two-time major champion Collin Morikawa eased past Briton Paul Casey and Viktor Hovland of Norway 3&2.

Meanwhile, Patrick Cantlay and Xander Schauffele, both Ryder Cup rookies, demolished the veteran pair of Northern Ireland's Rory McIlroy and Britain's Ian Poulter - the 45-year-old a captain's pick due to his sensational record in the Ryder Cup, despite struggles on the tour - 5&3.

Brooks Koepka and Daniel Berger then defeated Brits Lee Westwood and Matt Fitzpatrick, the pair growing up from a little over 20 miles apart.

The only victory in the morning foursomes came from Spanish duo Sergio Garcia and Jon Rahm, who beat Justin Thomas and Jordan Spieth 3&1 in the opening match of the day.

In the afternoon fourballs, the Americans continued their assured dominance, holding Team Europe at arm's length throughout.

Johnson followed up his morning performance alongside Xander Schauffele to beat Casey and Austria's Bernd Wiesberger 2&1.

In the other American victory in the afternoon, Tony Finau's putting was sensational as he and Harris English comfortably swept past McIlroy and Ireland's Shane Lowry.

The other two afternoon fourballs were tied.

In the final match of the day, Thomas and Cantlay produced a sensational back nine to draw all-square with Britain's Tommy Fleetwood and Hovland.

Team USA now hold a significant 6-2 advantage over Team Europe, with the foursomes and fourballs returning tomorrow, before the singles take place on Sunday.