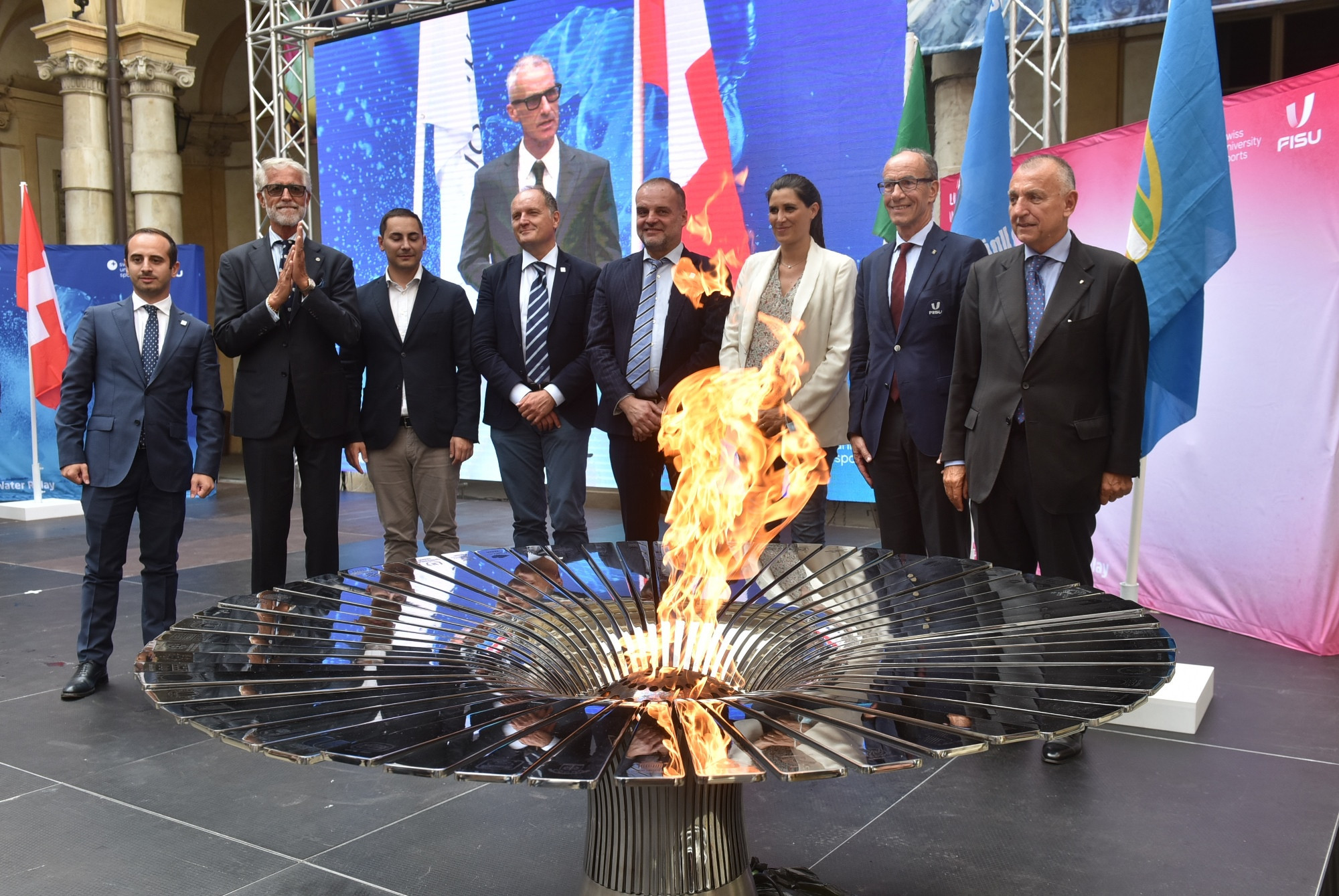 Turin, which was officially unveiled as the host of the 2025 FISU World University Games and is where the Universiade was born, saw the Flame Relay commence 82 days prior to Lucerne 2021, which is scheduled to run from December 11 to December 21 this year.

However, rather than feature a Torch, this year, Lucerne 2021 announced the relay would focus on water.

"Switzerland is also known as the 'Water Castle of Europe', which makes water even more important for a Swiss Universiade."

The flame from the Torch was used to melt ice that was decanted into a container that will follow the Relay route to central Switzerland.

The route, commenced by Lucerne 2021 mascot Wuli, will start at the FISU headquarters in Lausanne, before visiting various colleges, universities and sports facilities across Swizterland, with water added to the container at each stop.

The Water Relay will be used to celebrate Swiss university sport, which combines elite sporting and academic performance, something that Swiss University Sports President Mike believes should be championed.

With the Lucerne 2021 Winter Universiade just less than three months away the official lighting ceremony of FISU University Games Flame Relay took place in Turin—home to the inaugural Universiade and holding great significance to the university sport community!#Unisport pic.twitter.com/p2s5rfoW8f

"University sports organisations have implemented such programmes in order to demonstrate that elite sports and study can be combined at Swiss universities, and that such a combination is worthy of support," Kurt said.

"Athletes who choose a so-called dual career place great demands on themselves and also serve as role models in society.

"Anyone who can manage two careers simultaneously will also develop the kinds of skills that ensure success both in sports and professional life."

On the day, the Relay passed Piazza Castello, Piazza Carignano and through Via Po.

The Torch then arrived at Piazza Vittorio, before continuing to the park Valentino.

Eder then took the touch on the final leg at the Castello del Valentino.

"This was a wonderful experience, not only for myself, but more importantly for the city of Turin, Lucerne and supporters of university sport," said Eder.

"We are always so happy to return the city of Turin as the birthplace of the first Universiade and now welcome all to Central Switzerland with open arms.

"Congratulations to all those involved, and I look forward to seeing you all in Lucerne this December."

Around 1,600 students aged between 17 and 25 from more than 540 universities in 50 countries are set to compete in Lucerne.