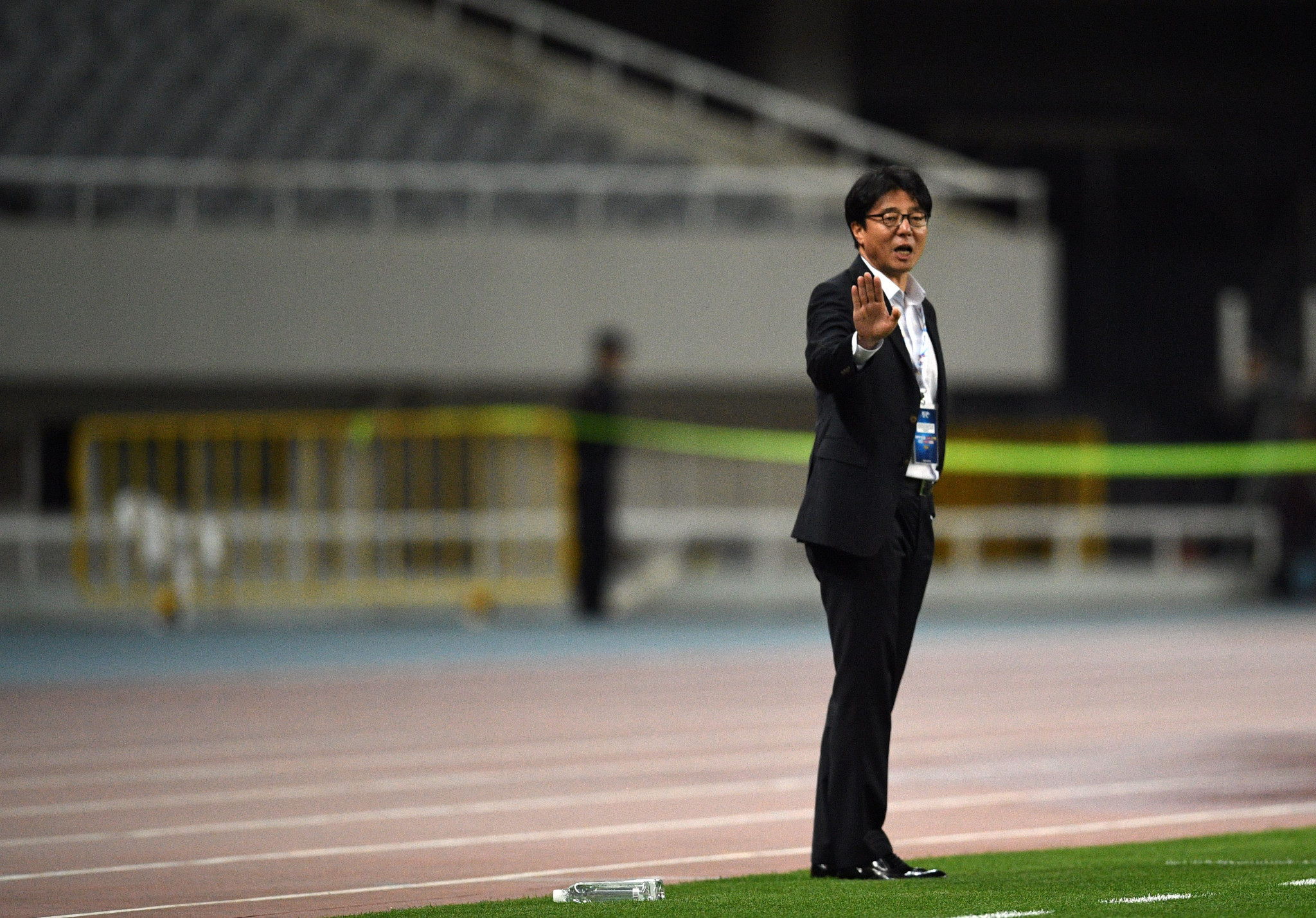 The Korea Football Association (KFA) has appointed Hwang Sun-hong as coach of its men’s under-23 football team, with the former striker expected to lead the side into the Hangzhou 2022 Asian Games and Paris 2024 Olympic Games.

Hwang will expect to lead the team at the Asian Football Confederation (AFC) Under-23 Asian Cup, which will take place in Uzbekistan from June 1 to 19 next year.

South Korea are the reigning champions at the event.

Attention will then turn to the Asian Games, where South Korea will begin the tournament as two-time defending champions after triumphing at Incheon 2014 and Jakarta-Palembang 2018.

Their success at the tournaments led to team members being exempt from a two-year period of mandatory military service.

Players, including star Son Heung-min, instead participated in a shortened four-week military service.

Gold medals at the Asian Games provide the opportunity of exemption, along with success at the Olympic Games.

The KFA say Hwang’s contract as coach will be reassessed following the Asian Games, which run from September 10 to 25 next year.

His contract is due to expire in 2024, following the Olympic Games in Paris.

The former striker has coached Busan IPark, Pohang Steelers, FC Seoul and Daejeon Hana Citizen since retiring as a player.

He was the first coach to achieve the domestic double by winning the K League and KFA Cup with the Pohang Steelers in 2013.

"It’s fair to say that he rates as a successful coach in terms of organising his teams and nurturing young talents."

Hwang is considered a legend of South Korean football, after playing in four consecutive FIFA World Cups from Italy 1990 to the co-hosted South Korea-Japan tournament in 2002.

He was a member of the South Korea team which reached the semi-finals in 2002.

Hwang scored the opening goal in a 2-0 group-stage success against Poland, giving South Korea their maiden win at the FIFA World Cup.

He scored in the penalty shootout win over Spain in the quarter-finals, before retiring after the tournament.

Hwang scored 50 goals in 103 appearances for South Korea, placing him second on their all-time list behind Cha Bum-kun, who scored 58 times in 136 matches.

"The length of the contract wasn't really important to me.

"I understand that when you coach a national team, you have to be evaluated objectively and thoroughly," Hwang said, according to South Korean news agency Yonhap.

"This job comes with a lot of responsibilities, and I agreed to those terms.

"I am confident that, if all of our players work toward the common goal, we'll be able to achieve some great things together."

Hwang’s first matches in charge will be qualification for the 2022 AFC Under-23 Asia Cup, with matches taking place from October 27 to 31 in Singapore.