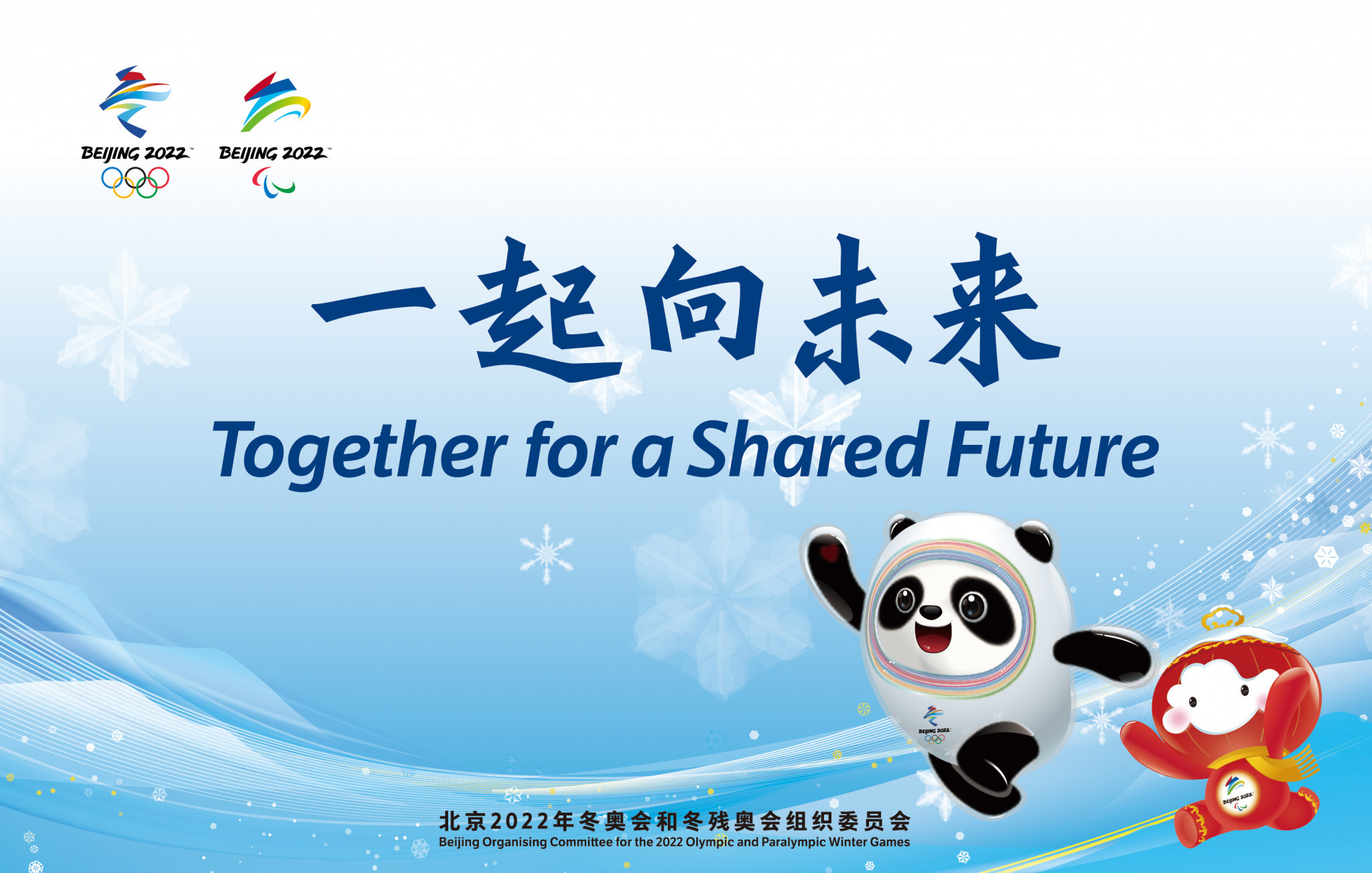 Beijing 2022 has unveiled the official motto for the next Winter Olympic and Paralympic Games, "Together for a Shared Future", at a ceremony at the Capital Museum today.

Cai Qi, the President of Beijing 2022, was joined by Beijing Mayor Chen Jining and  Governor of Hebei province Xu Qin at the event.

Cu and Chen are also Executive Presidents of the Organising Committee

The process of selecting the motto took place between May to September 2020, Beijing 2022 says, and a list of 79 as cut down over time.

Eleven of these mottos were shortlisted and assessed by experts from a variety of fields, before "Together for a Shared Future" emerged victorious.

"The motto demonstrates unity and a collective effort, embodying the core values and vision of the Olympic Movement and the goal of pursuing world unity, peace and progress, as well  as the vision of the Paralympic Games, especially making for an inclusive world," read a Beijing 2022 statement.

Organisers also noted the motto symbolised the power of the Games in overcoming challenges and the need to work together during the COVID-19 pandemic.

Among those in attendance was 17-year-old Para snowboarder Liu Zhenghui, who expressed hope that the Games would further help people with disabilities to be understood globally.

"Inspired by the Olympic and Paralympic spirit, we will work together as a community with a shared future for humankind," said Liu.

There have been some calls for the Games to be boycotted on human-rights grounds - in particular due to widely documented atrocities being carried out against Uyghur Muslims in Xinjiang, although China denies allegations that its actions in the region constitute a genocide - and critics of the Chinese regime have taken aim at the new slogan.

Some on social media have also drawn a parallel the use of "together" and the expectation that COVID-19 countermeasures will prevent athletes, officials and others attending the Games from being able to move freely around the host nation.

The Beijing 2022 Winter Olympics are scheduled to take place from February 4 to 20, followed by the Winter Paralympics from March 4 to 13.